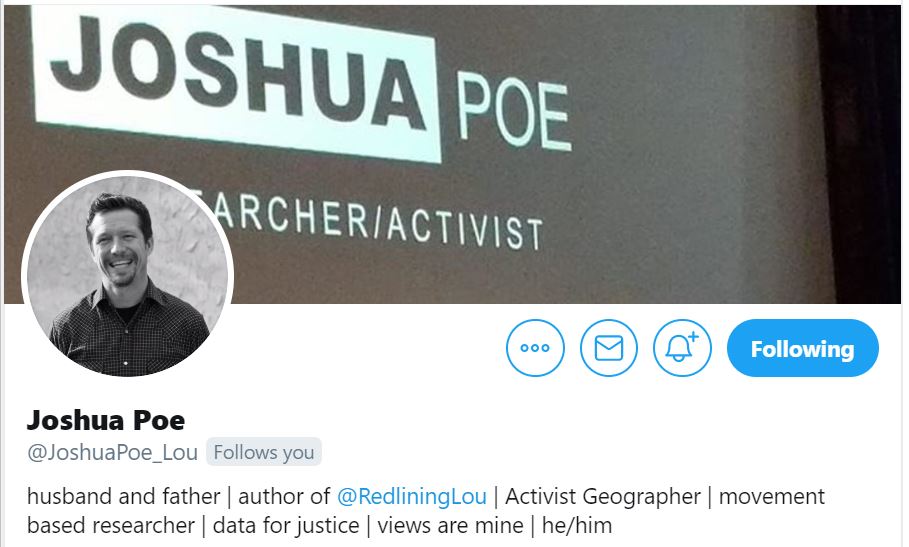 We’ve spoken often about public input meetings that actually aren’t, especially the ones pertaining to development and redevelopment projects, and the way city officials — including our own Team Gahan, but by no means restricted to New Albany’s ruling elite — stage manage the process to give the illusion of meaningfulness.

Before allowing Joshua Poe to explain how this process of public input meeting deception really works, a bit from 2013 in which our Jeff Gillenwater discusses Poe and his work.

Friend and former neighbor Josh Poe is the sort of engaged and educated person who regularly challenges and improves upon my thinking; in short, the sort New Albany still tends to lose too often.

He continues the good work here, reminding that certain community outcomes are the direct result of careful planning rather than random market occurrences, often for the most egregious of reasons. If you don’t think it still happens and happens here, I invite you to check out the school district mapping in western New Albany sometime.

Author and journalist George R. Leighton visited Louisville during the mid 1930s, after which he opined in Harper’s Magazine that the River City was a place that paid great “attention to food and drink, but for the rest, let well enough alone.”

Eight decades later, the city’s dining scene continues to thrive while many of the same problems that long ago plagued Louisville’s urban landscape persist — namely, the physical barriers that isolate west Louisville, dividing this city by race and class.

1) Encourage participants to focus only on “positivity & solutions.” So important to prevent any accountability. Dismiss dissenters as “playing the blame game.”


2) Divide participants into groups & ask them to list the “problems in their community.”


3) Now ask them what developers can do about those problems.


4) Now ask them how the public sector can help.


6) Invite local government & NGOs to watch over the meeting. Make sure people feel like they’re looking over they’re shoulders at all times, b/c they are.


7) Invite people from the community to help lead the discussion to establish trust.


8) Wrap up – Praise yourself for your efforts toward inclusion. You can now justify all public spending on your private projects as being “based on community input” & at the request of “the community.” No need for follow-up meeting but promise one anyway.