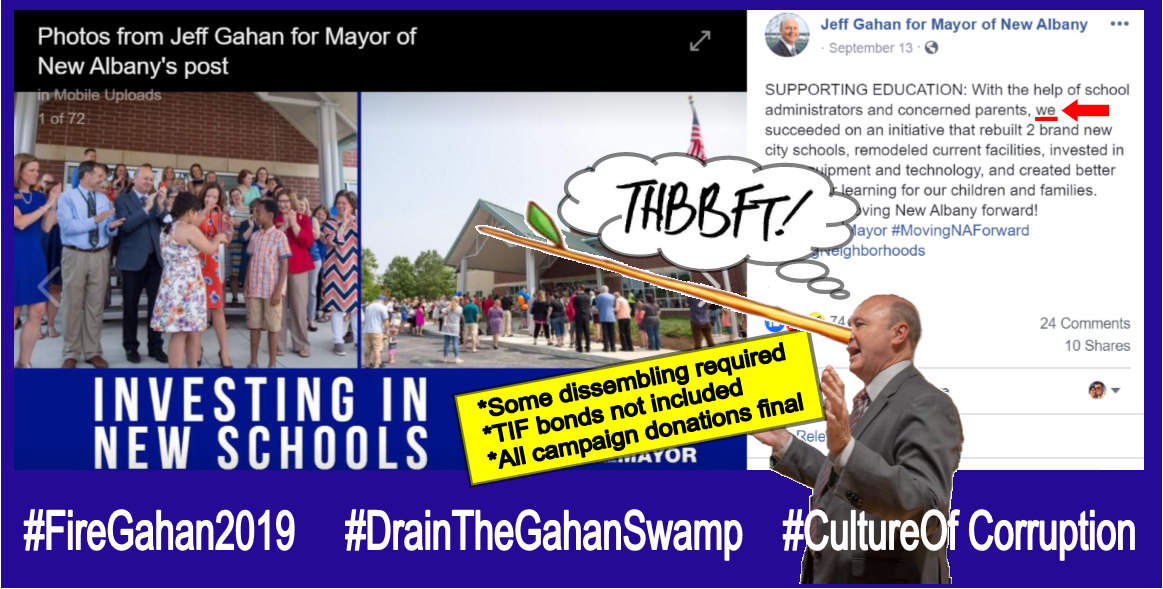 It’s all about the foundation of a strategic plan for the school corporation … oh, and by the way, in the small print, there’ll be yet another referendum.

I wonder if Mayor Seabrook will give the school corporation back to Brad Snyder — assuming the departing Deaf Gahan doesn’t try to sneak the education budget out the back door in his lunch pail on December 31.

NEW ALBANY – The New Albany-Floyd County Consolidated School Corp. is finishing up an $87 million capital project, thanks to the approved 2016 referendum.

Now, Superintendent Brad Snyder said he’s being asked, “What’s next?” for the district.

He talked to the school board Monday evening about starting three committees, dubbed strategic pillars, to help decide the direction the district will take for the next seven to eight years.

“This is not a strategic plan. This is the foundation of one,” Snyder told the board. “I think we could have one by next summer.”

The groups will focus on three areas: raising the academic bar, helping the social and emotional needs of students and master planning for the construction/renovation/upkeep of buildings.

Snyder said the purpose of the groups is to give all stakeholders, such as teachers, administrators, parents, board members and community members, a chance to have a role in the planning process.

“This is not my plan. This is the community’s plan,” Snyder said after the meeting.

Though the second group will also discuss the proposed school safety referendum, Snyder said the referendum is its own separate piece. He said he is meeting with various parent groups, the school safety commission and will meet with first responders and other community members to decide whether to move forward with requesting up to 10 cents per assessed valuation over the course of eight years, opening up $3.33 million per year for the district to fund additional security measures.

Snyder said if all goes well, he plans to ask for a town hall style meeting in late October/early November, where the community can voice concerns and/or support for the referendum prior to bringing it to spring of 2020 primary ballot.