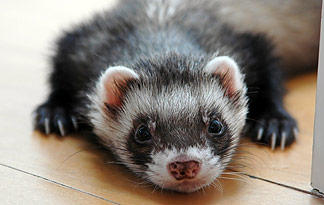 Call it an endorsement if you will, or think of it as my personal support, backing, seal of approval, recommendation or advocacy.

In making these 2019 election endorsements, I’m trying my best to focus on the positives, but the 3rd council district is my own, and positives are few and far between.

The incumbent is Greg Phipps (D), and the challenger is Alex Bilbrey (R). Phipps does a fair to middling job of performing the duties of a purely average council representative. However, in political terms Phipps is profoundly weak, and he has done so very little on his own initiative that it comes down to a single consideration.

Phipps has supported Mayor Jeff Gahan roughly 95% of the time, and I’ve opposed Gahan by an equal percentage. The taint is real.

Consequently, I cannot vote for Phipps, who has been utterly non-intellectual in his persistent sycophancy. That’s a shame. He could have been so much more.

Conversely Bilbrey’s bizarre vanity/stealth candidacy is so problematic that it’s hard to know where to begin dissecting it.

He’s been almost completely invisible, and he has made no public indication whatever of core positions or policy preferences apart from platitudes about “service.” Bilbrey has not attended events like the League of Women Voters’ chat at the Silver Street Pleasure Dome. He doesn’t seem to be taking his own candidacy seriously, so why should anyone else?

However, my biggest problem with Bilbrey is that he works for the sheriff’s department, as does Scott Evans, the Republican candidate in 6th district — who by contrast is a quality candidate and a campaigning dynamo worthy of consideration in that district.

True, it is not illegal for men and women with badges to occupy elected office; Jack Messer (city councilman) and Steve Bush (county commissioner) both did, and they are good people.

It’s just a personal thing with me, and it’s not about being anti-police. Rather, it has to do with worrisome accumulations of power. I believe being a cop and a councilman simultaneously is a concentration of too much power in one individual.

You’re free to disagree, and my ears are open to your arguments against my position. I’d love to find a loophole in my conscience to include Evans, but so far it’s elusive.

Conscience dictates that my only option in the 3rd district is to cast a write-in ballot. I’m open to suggestions in this regard.

John Smith, are you ready?