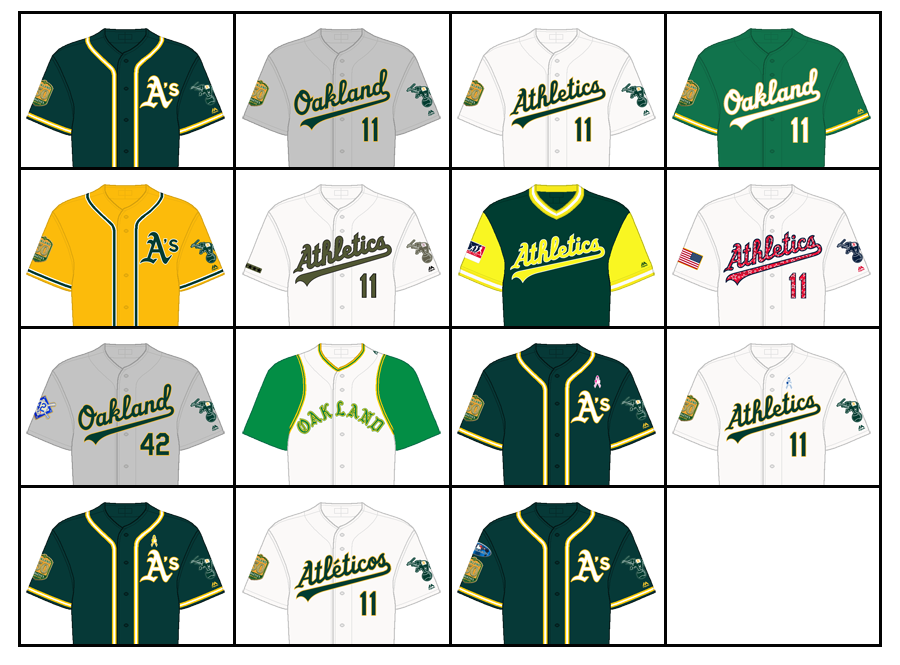 These days I try to keep to a bare minimum the sheer wastage of time required of sports viewing. Cutting the cable has helped, and reducing the frequency of the games I do watch makes these fewer opportunities better ones, as in 2018 when we watched basketball in Portugal, Poland and Germany, as well as two baseball games in Baltimore.

I still enjoy the essence of the games, especially baseball, and regular readers know that I’ve been a fan of the Oakland Athletics since around 1970, when I was 10 years old. Below you’ll find the explanation of how my A’s fandom came to be, but first, Oakland hosts Tampa Bay on Wednesday in the American League Wild Card playoff game.

The starting pitcher for the A’s is Sean Manaea, who pitched a no-hitter for the A’s in 2018. Manaea, whose father is Samoan, was born and raised in Wanatah, Indiana (near Valparaiso). He played baseball at Indiana State, and during the summer following his sophomore year in college, pitched for the Dubois County Bombers.

The Dubois County Bombers are a summer college league team in Huntingburg, and the team’s home park is the refashioned film set from the movie A League of Their Own. Manaea played in Huntingburg in 2011, during the period when the New Albanian Brewing Company was selling beer at the ballpark!

What’s more, as my friend Rick reminds me, Manaea’s battery mate tonight also is a Hoosier. Catcher Josh Phegley is from Terre Haute and played at Indiana University (he’s a 2010 IU graduate).

And so, if you’re wondering how a Hoosier hick from the general vicinity of French Lick became an A’s fan in the first place, here’s a column from 2012, edited and updated for topical accuracy.

ON THE AVENUES: It no longer keeps me waiting.

At some point around 1970, when I was ten years old, family finances were at last sufficient to purchase a subscription to the recognized Bible of athletic endeavors in America, enabling the weekly arrival of The Sporting News to our home in Georgetown, as facilitated by that quaintly geriatric institution known as the US Mail.

It was a cause for great joy.

It also signified a certain rite of passage, although the rite’s precise definition proved to be a matter of mild dispute. While my father generally would leaf through an issue, he surely hoped The Sporting News would inspire me to spend more time practicing baseball and basketball, so as to achieve his cherished goal of his son growing into a ballplayer.

As usual, we were on divergent paths. What quickly came to interest me as much as the games and athletes therein was the publication itself, the way The Sporting News was organized into recurring coverage and special features. Moreover, I read above my weight and was drawn to the regular columnists, who had their own distinct styles.

Unless one of these writers happened to be interviewed on the NBC Game of the Week (that’s right, the solitary baseball game shown on television every seventh day), I had no idea how they spoke, but owing to the way their written words were conveyed, distinctive vocal inflections and regional accents might yet be perceived. The New York writers sounded exactly as one might imagine, as did the fellow from Alabama.

Most importantly, The Sporting News was just about the only way for sports fans in the hinterlands to comprehensively follow America’s major league teams, which amounted to baseball, basketball, football and ice hockey, in order of my personal interest at the time.

Sports Illustrated? Too many photos, and too few statistics.

The two (that’s right, two) Louisville newspapers covered the Cincinnati Reds on a daily basis during the season, and provided random highlights from elsewhere in baseball, but where else than The Sporting News to read the beat writers, review the box scores and scan updated statistics?

In addition, the invaluable presence of The Sporting News helped me transcend the limited boundaries of my upbringing and arrive at one of the single most telling decisions any boy of the era was compelled to make.

In elementary school, all my friends cheered for teams from the senior circuit, otherwise known as the National League. It was purely geographical, with the nearby Reds ranking first in allegiance, along with a sprinkling of St. Louis Cardinals fans.

The American League was an under-valued stock, ripe for the plucking, and perfect to capture a fledgling contrarian’s attention. Owing to family ties in Detroit — and especially after his idol Ted Williams retired from the Red Sox — my father was a Tigers fan of sorts. I resolved to follow suit, and to choose my team from the “other” league. With the assistance of The Sporting News, considerations commenced.

The damned Yankees could be ruled out from the start. I admired the traditions of teams like the Red Sox, Orioles, Senators, White Sox, Indians and Tigers, but overall, they seemed too stodgy and old-school. What on earth was a Twin, if not a truncated Twinkie? The expansion Kansas City Royals made my short list, and the Milwaukee Brewers (formerly Seattle Pilots) surely would have been a finalist a bit later in life … but in the 4th grade, I hadn’t started drinking beer (yet).

My gaze extended to the West Coast. As a heretic even then, the name Angels did not excite me; had it been the Devils, we might have been in business. This left Oakland as the final team to be scrutinized, and the advantages of the Athletics soon became apparent to an aspiring contrarian.

The A’s became my team, and Reggie Jackson my favorite player. Unbeknownst to me, the A’s also were about to become quite good, winning five divisional titles in a row from 1971-1975, and three consecutive World Series crowns in 1972, 1973 and 1974. The players grew outlandish mustaches and beards during this period and wore white shoes, all of which outraged the older generation, endearing the team to me even more strongly.

There have been good times since, along with the wretched. By my reckoning, 2019 is my 50th year of being an A’s fan. The team is closer than ever to a new stadium in Oakland, a city deserted by the Golden State Warriors (to San Francisco) and the Vegas-bound Raiders. I reckon on remaining in harness. By now, it’s a family tradition.

In those earliest days, The Sporting News was my vital link to the Oakland A’s. It served as a weekly summary of the team’s season, because otherwise, virtual blackout conditions prevailed. Games played in California missed the morning Courier-Journal’s deadline, and might be in the afternoon edition of the Louisville Times.

If neither, I’d be two days behind on the scores. The three local commercial television channels sometimes read American League scores if air time allowed; presumably, a coin was flipped to determine the decision.

If the A’s played in Chicago or Detroit, game snippets could be overheard on the 50,000 watt AM radio stations, at least until overtaken by sleep or static. By 1978, the AM station in Jeffersonville had a phone number to call for tape-recorded results of the previous day’s games, and it was the most timely link ever.

A few years after that, there was cable television, but only in the city at first. When the Loma Prieta earthquake brought the 1989 World Series to a halt, I was in Ireland. It took ten days for the series (won by the A’s over the Giants in a sweep) to resume, and by that time, I’d transitioned to Spain, eventually catching up on events with the help of the International Herald Tribune newspaper.

These days, I begin most mornings with a glance at the news headlines from The Guardian and BBC World service, then proceed to ESPN or the Yahoo sports app for scores, all via my iPhone. In mere seconds, the ballgame scan is finished, verifying that the ketchup advertisements and even Carly Simon turned out to have been wrong: Anticipation, at least in the sporting sense, no longer exists.

It’s far better, although it’s not quite the same.