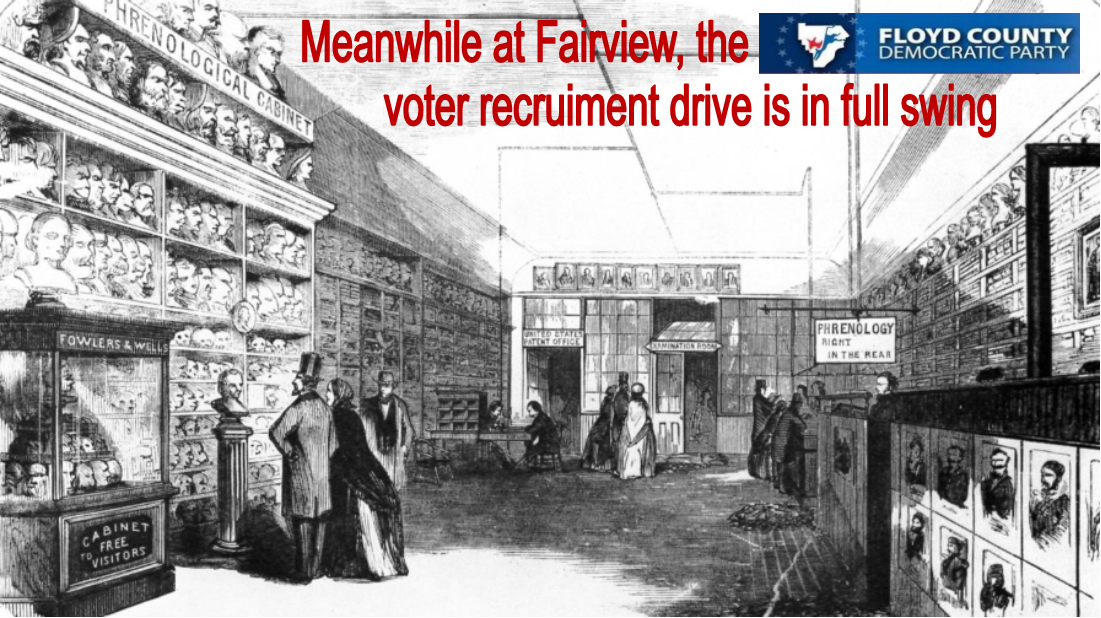 Presumably each and every skull specimen in the Fowler family collection voted dutifully for carefully chosen municipal candidates; it’s just our luck that Slick Jeffie and Tricky Dickey decided to take notes in THIS history class.

ON APRIL 15, 1841, THE day before his execution, Peter Robinson welcomed an artist to his New Jersey prison cell. A possible inspiration for Poe’s “The Tell-Tale Heart,” Robinson was sentenced to death for killing his creditor and hiding the body beneath his floorboards. He turned away clergymen offering to pray for him, but he didn’t seem to mind the artist, who had been sent by a family of skull-obsessed pseudo-scientists. Whatever his hesitations about preserving his soul, he submitted willingly to the messy procedure of preserving his head as a plaster cast.

Robinson was hanged the following day. The authorities delivered his body to friends and family, as he had requested, hoping to evade the corpse-hungry medical school market. The artist, meanwhile, delivered the cast of his head to the New York firm of Fowler & Wells.

The brothers Orson and Lorenzo Fowler, their sister Charlotte, and her husband Samuel Wells were phrenologists who believed the size and shape of the human skull contained secrets about human nature. They eagerly acquired cranial “specimens” of infamous men like Robinson. Their collection was enshrined in the “Phrenological Cabinet,” a display of casts, busts, portraits, and skulls that eventually grew to nearly 2000 items …