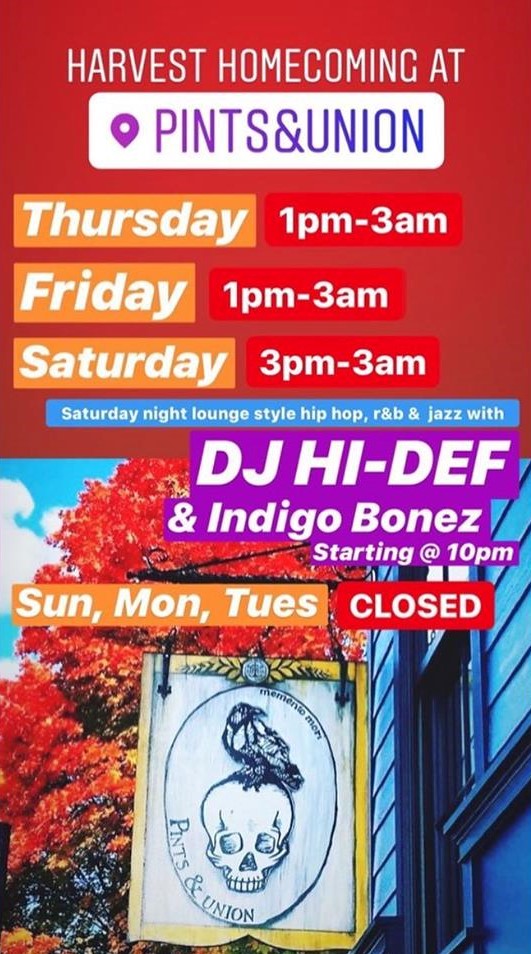 Joe Phillips opted for a storefront booth at Harvest Homecoming this year, and so we’ll be serving food to the throngs. The menu: Fish & Chips (to be added to the regular daily menu at fest’s end), Scotch Egg, Burger and Currywurst Frites. 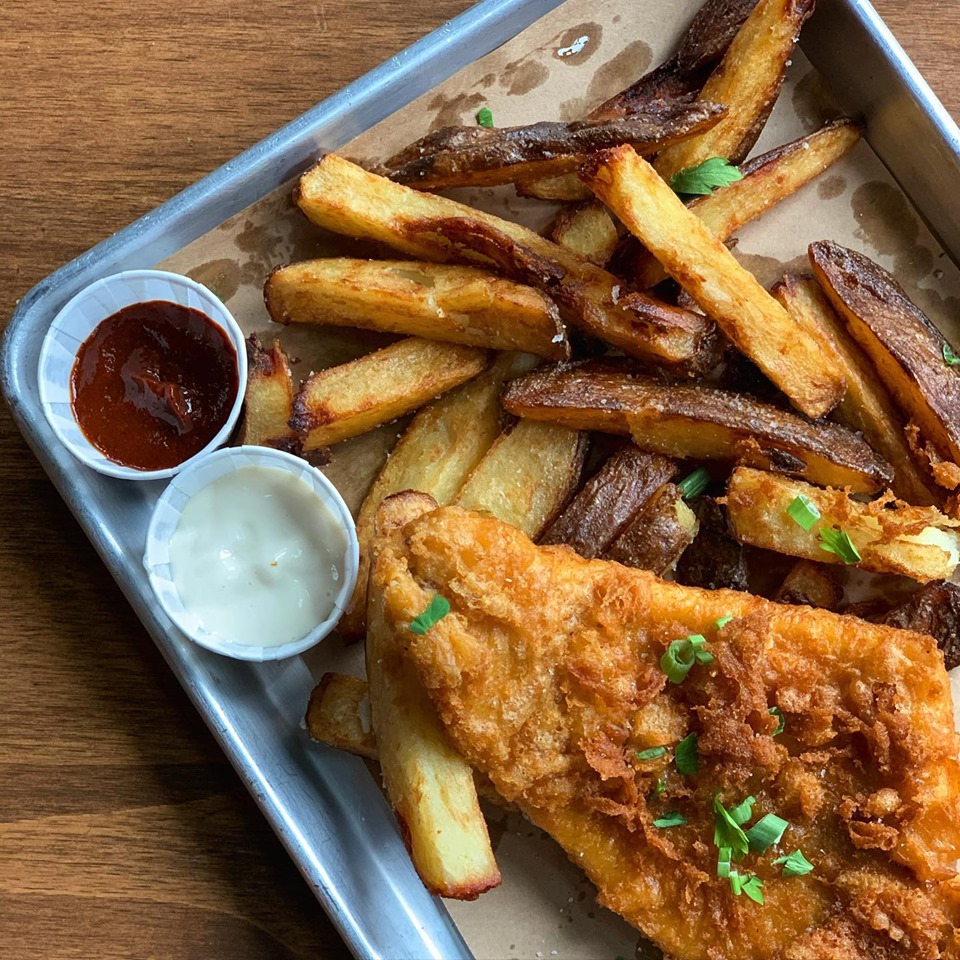 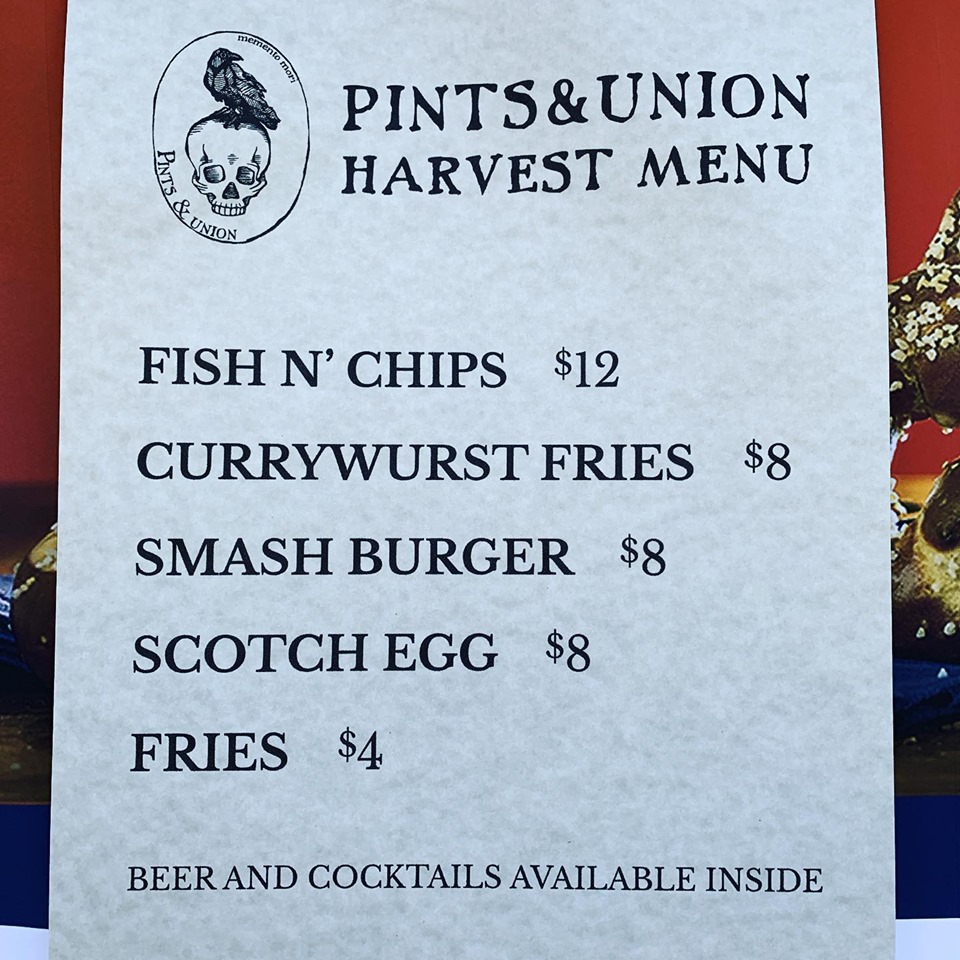 Inside we’ve shifted into bedlam mode; glassware is gone, plastic cups reign and because we’re here to turn a profit, I’ve stashed a boatload of mass market lager behind lock and key throughout the premise. 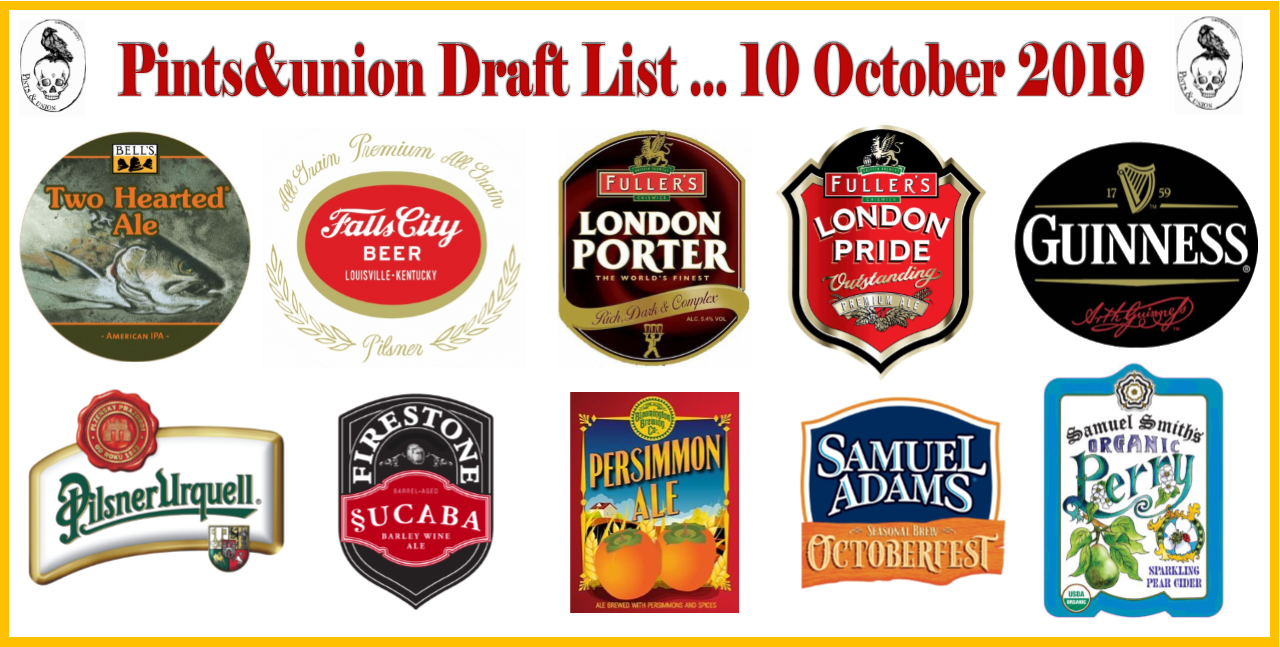 But as I explained at social media earlier in the week, this doesn’t mean the core mission is compromised. We just try to adapt, and if business is good, make a little bank. Here’s what I wrote.

There are multiple consumer demographics layered through Harvest Homecoming’s annual downtown overlay, and as a beer programmer it can be challenging to navigate these often contradictory preferences.

But I rather enjoy challenges.

In 2019 at Pints&union we’ll have the usual draft, canned and bottled staples; just know YOU CAN DRINK BETTER BEER DURING BOOTH DAYS if that’s your thing.

There’ll be at least two interesting one-off drafts, too: Samuel Adams Octoberfest (a fine lager at a reasonable price point) and Bloomington Brewing’s Persimmon Ale, as appropriate a seasonal specialty as can be found.

Draft Samuel SMITH Perry (imported English pear cider) will still pouring during booth days, and perhaps a surprise will follow it on tap.

Since 2006 and the late, lamented Bistro New Albany’s Harvest Homecoming outreach, I’ve done my best to encourage the notion that better beer belongs at the table during the festival. It’s gratifying to note the extent to which this goal has come to pass since those early, parched days — so much so that the festival itself is sponsoring a beer festival by the river in 2019. This would have been unthinkable just a few years ago.

I’m on the verge of completing six decades on planet earth, and if there’s any one thing of which I’m sure, it’s whenever someone says THIS is the way it’s always been, THAT’s how it has to work, or don’t you even CONSIDER CHANGING these sacred rules — well, my reaction is to toss a Metaphorical Molotov Cocktail at the tablets.

Come into Pints&union during booth days, and I’ll do my best to have some fine beers ready and waiting.