When you see the mailer, you’re supposed to think that our tireless leader Deaf Gahan has just now hit the road, scoured the nation’s kennels, and personally enticed Warro to New Albany to battle crime — not that we have crime, mind you, but just in case a pre-election photo-op is needed.

But what we’re really seeing is a bit of last-second desperation. To date in this year’s mayoral race, Gahan has ducked and covered on neighborhood crime, but somehow, neighbors keep talking about it.

Consequently, it’s time for Team Gahan to convert a few thousand more in Indy special interest campaign finance donations to doing the impossible and inventing a time machine to take us all the way back to April 7, 2016, and this feverish canine bromide at the City Hall propaganda commissariat’s web site. 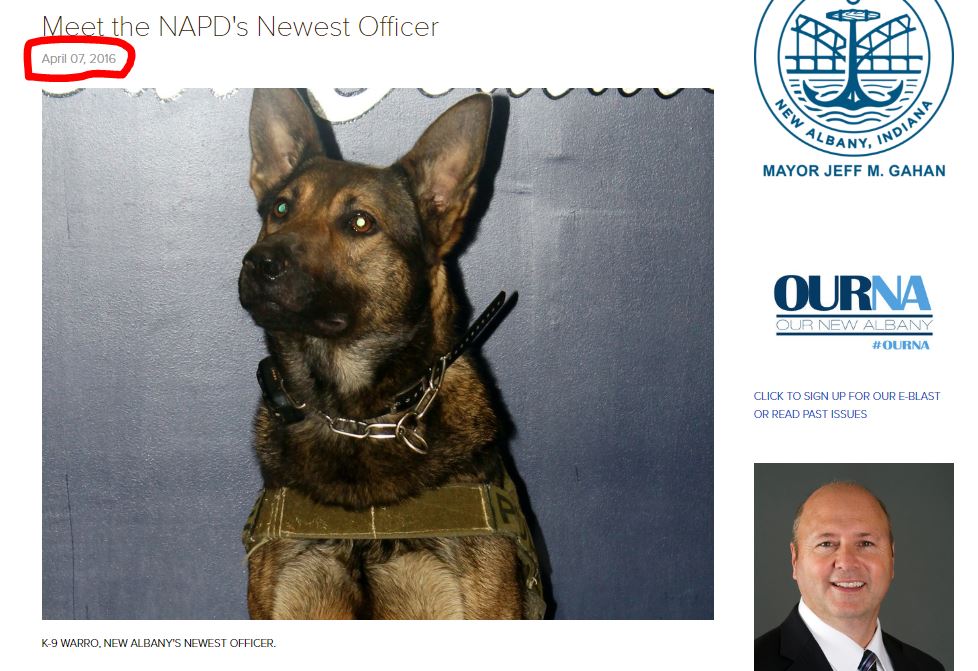 Gahan’s handlers must think we’re too stupid to do a Google search. Even Warro knows that dog won’t hunt.

After all, inferior leadership isn’t the K-9 officer’s fault. 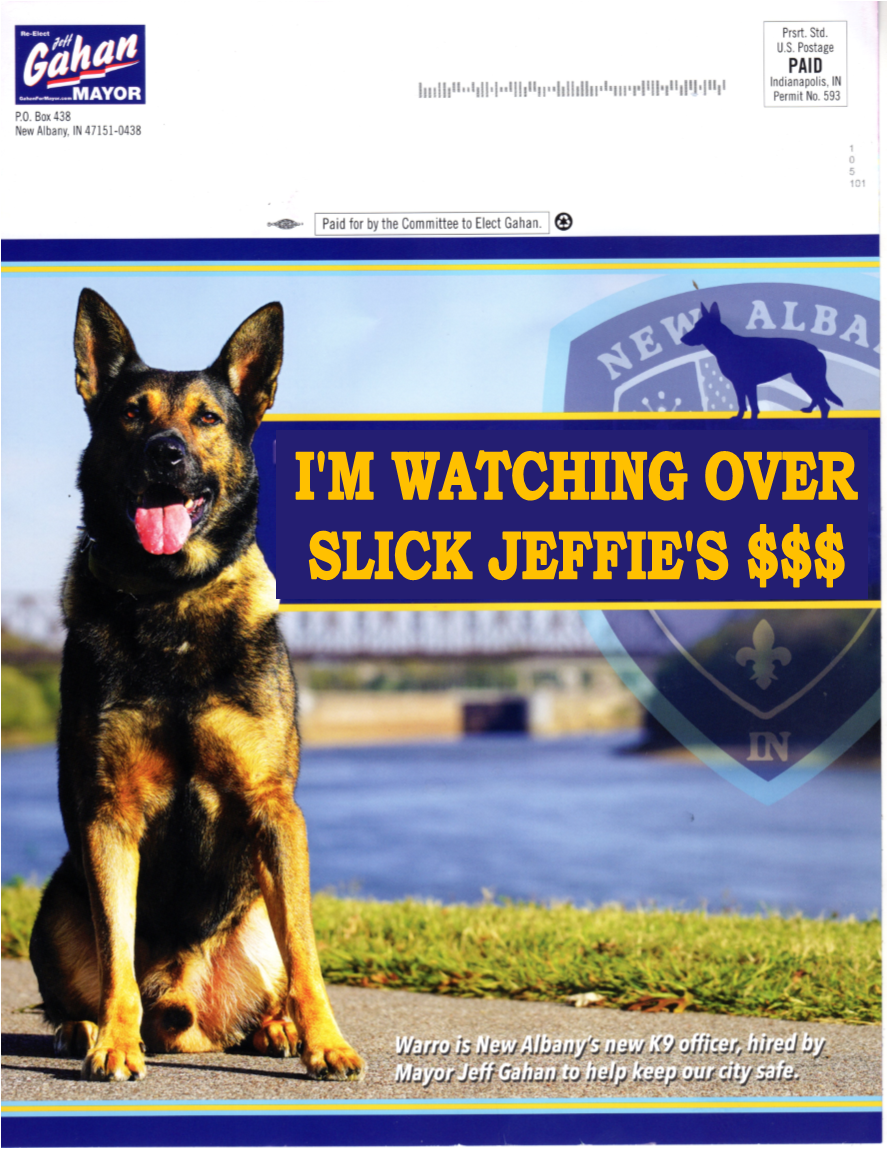