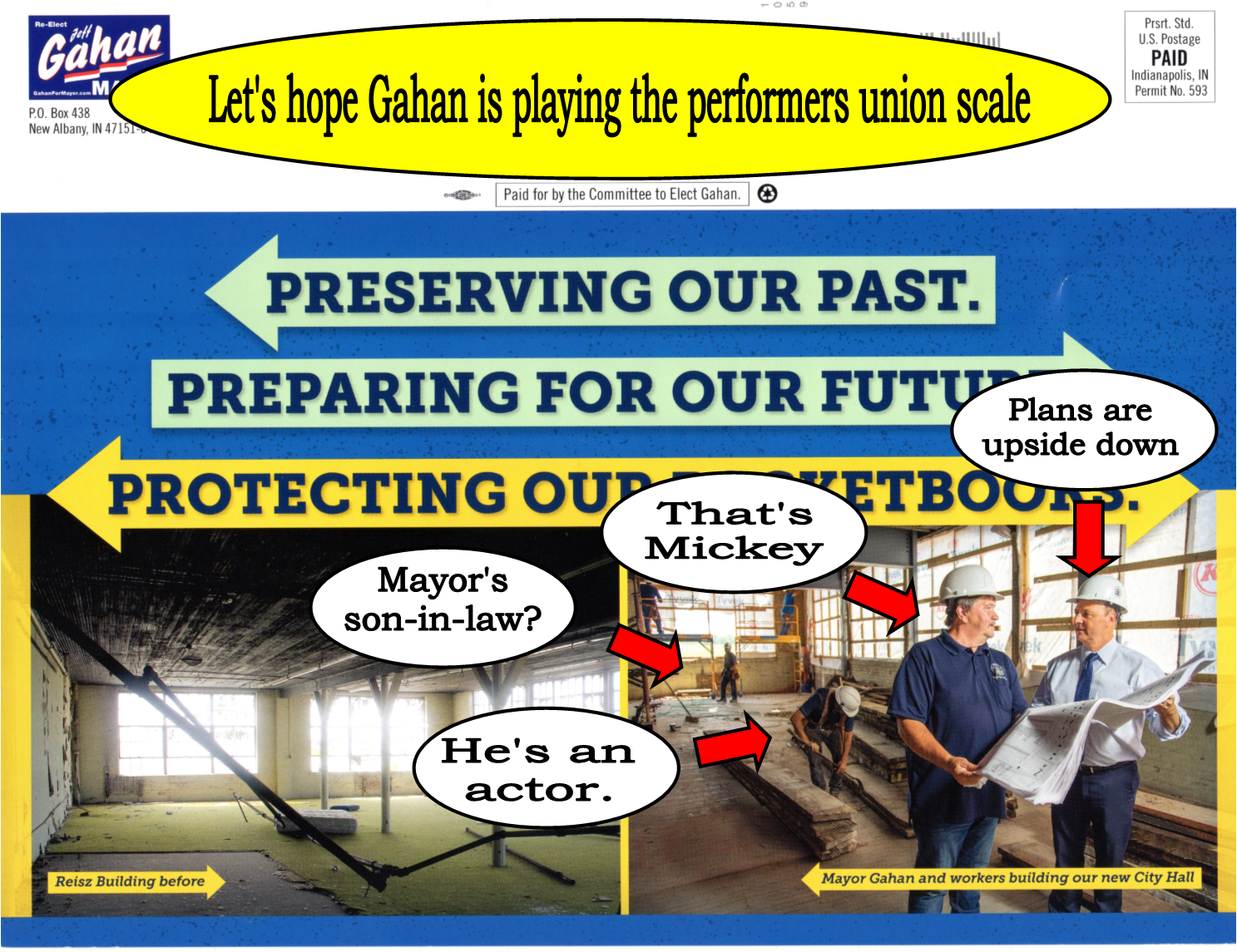 I’d suggest Jeff Gahan has jumped the shark, but after all that’s so 2013; the debilitating paranoia’s taken a few years to come to fruition, and we foresee a post-election cruise to Fantasy Island coming before his last Christmas in office.

Meanwhile, the tragedy of this mailer — what is it now, the 56th in the last two weeks? — isn’t so much that Gahan seeks credit for driving the nails, installing the toilets and polishing the knobs in the process of unnecessarily spending millions of tax dollars for a vanity renovation of the Reisz Mahal to benefit inhumanely-treated government workers.

It’s Dear Leader’s cynical use of Mickey Thompson, himself a government worker, as a prop.

For those who are unaware, Mickey’s the guy standing to Gahan’s right, He’s the New Albany Street Department commissioner and a member of the Board of Works, not a contractor or Denton Floyd employee.

Speaking for myself, I’ve no issues whatever with Mickey, who is invariably helpful and knows the city like the back of his hand. It’s not about him. It’s about the way Deaf ‘n’ Desperate Gahan will do and say anything to keep the ruling elite’s Gravy Train rolling.

Of course, taking considerable liberties with the truth is one of the recurring features of Gahan’s career in politics.

As such, why not lie, yet again, in yet another mailer?

It isn’t like Gahan’s had to pay for any of them himself. We can only hope Ed Jolliffe and Jorge Lanz are getting their profit’s worth out of it.