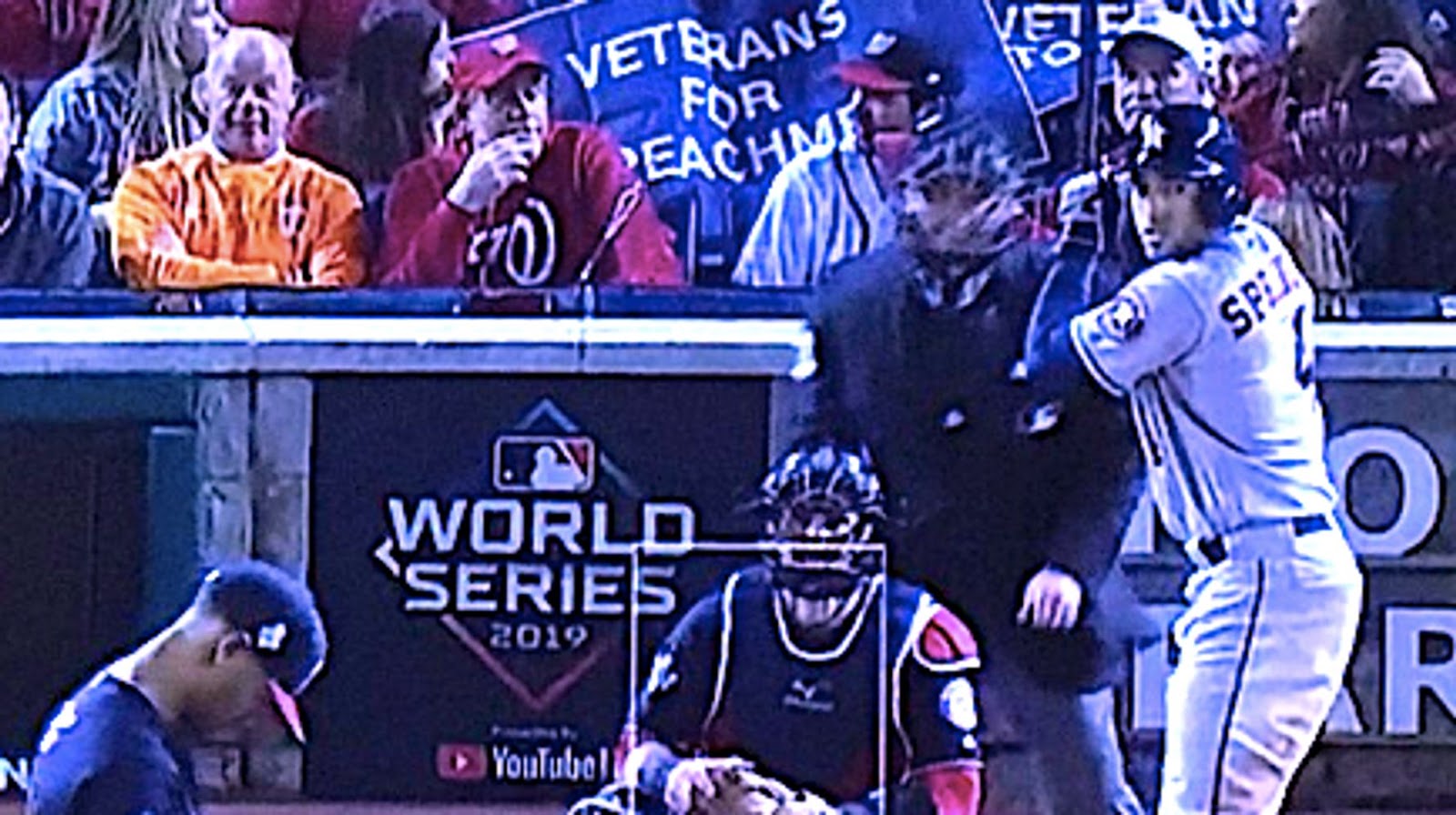 I’ll remember the World Series as the first time in a long while that I rooted for a National League team. New York Yankees appearances are an exception, and in cases of a Dodgers-Yankees series, I wouldn’t watch at all.

I’ve nothing whatever against the players, but I couldn’t abide the Houston front office’s tone-deaf response to assistant general manager Brandon Taubman’s outbursts aimed at female reporters, which took place following the league championship series.

Seems Taubman outed himself as a douche bag — albeit it explainable behavior for him given a former career on Wall Street — and his superiors arrogantly flailed for days before belatedly mouthing platitudes absent sincerity about their comprehension of a changing world.

Around the game, shots of schadenfreude have been chased by I-told-you-so’s. Contempt for the Astros runs deep — and has well before this incident. Jealousy breeds some of it. The organization’s arrogance accounts for the rest. The Astros painted themselves as a disrupter and reveled in the commotion. They lived with the perception that they didn’t understand people. They fed their process, followed it with fealty, doubled down. They believed in it, and they never had much of a reason not to, not until a week ago, when the assistant GM high on the feeling of winning the pennant opened his mouth, and two days later, when Luhnow and the Astros forgot to abide by that essential principle that has guided them for so long: Bad information leads to bad decisions.

Spare the tears for Taubman. Before we know it he’ll be back at an investment firm, screwing taxpayers.

And the Trump scene at Game 5? Spew feces for a living, and you’d best expect to get feces spewed back at you.

I’m happy the Washington Nationals won; again, nothing against the Astros as players. Even apart from the Houston front office fiasco, witnessing a seven-game pro sports series in which the visiting team won all the games is something we’re not likely to see repeated.

Take me out of this ball game at The Economist

As a rule of thumb, the more an American president is loved, the more baseball stories there are about him.

Although not Donald Trump.

He had not been to watch the Washington Nationals (the Senators’ successors) before this week. And though he was persuaded to go because the “Nats” were appearing in their first World Series, he was not invited to throw the first pitch. On what he might have expected to be his best day as commander-in-chief (he revealed the killing of Abu Bakr al-Baghdadi hours earlier), he was hidden away in an executive suite. The Lerner family that owns the Nats did not want him sitting with them. And the one time he flashed up on the big screen the jeering of the crowd was thunderous. A chant of “Lock him up!” rippled round the stadium long after Mr Trump’s image was replaced by footage of smiling servicemen. “Veterans for impeachment” read a banner behind home plate.

The usual battle lines were drawn.

Mr Trump’s Republican defenders dismissed this indignity as mere swamp gurgling. “You can either be loved in dc and hated in America. Or you can be loved in America and hated in dc,” tweeted Congressman Jody Hice. But it signified much worse for the president and his party than a few thousand hostile bureaucrats.

He is not the first president to be booed at a sporting event. Bill Clinton was jeered by a nascar crowd, George W. Bush and Barack Obama at baseball games. But veterans of those occasions (and there were several watching the Nats that night) considered the hatefulness of the response to Mr Trump qualitatively different. This should make conservatives even more worried. For years they have exaggerated the vindictiveness and radicalism of the left to mask the contradictions in their own camp. Yet Mr Trump’s divisiveness has turned this into a self-fulfilling prophecy. Charged with partisan grievance, many on the left want to scrap the electoral college, pack the courts—do whatever it takes to never again be tyrannised by an antediluvian minority. Conservatives may soon have more than the odd gay wedding cake to contend with.

And it already seems certain that the one baseball event Mr Trump will be associated with occurred at Nationals Park this week. Sport lifts people with a feeling of vicarious striving for perfection even when their team loses. And when it wins, as the Nationals ultimately did, bringing Washington its first World Series in almost a century, the memory never fades. This is why sport is so much more loved than politics. Immortalised in baseball history, Mr Trump’s humiliation this week will be remembered long after most of his administration’s scandals have faded into oblivion.