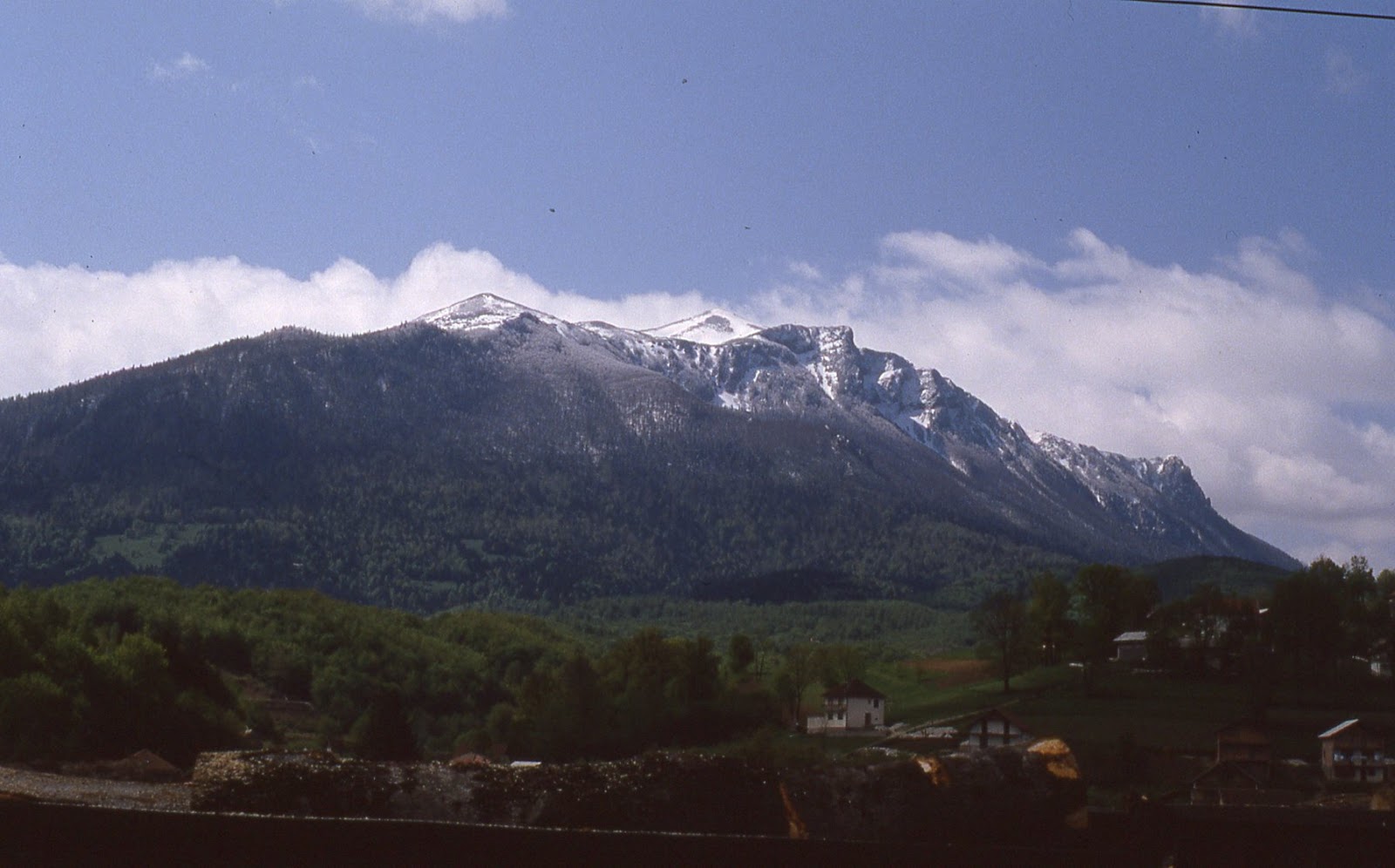 In order to properly introduce today’s link to The Guardian, kindly allow me to rewind 32 years.

… I was headed for the coast on Friday, and Mostar was the next stop, three hours by train from Sarajevo. It was during this ride that Yugoslavia’s mountains became a tangible, visceral presence.

One of my memories of this trip was a long period when the train stopped and sat, apparently waiting for another train coming in our direction to pass over a stretch of single track. Here’s the view from my window. 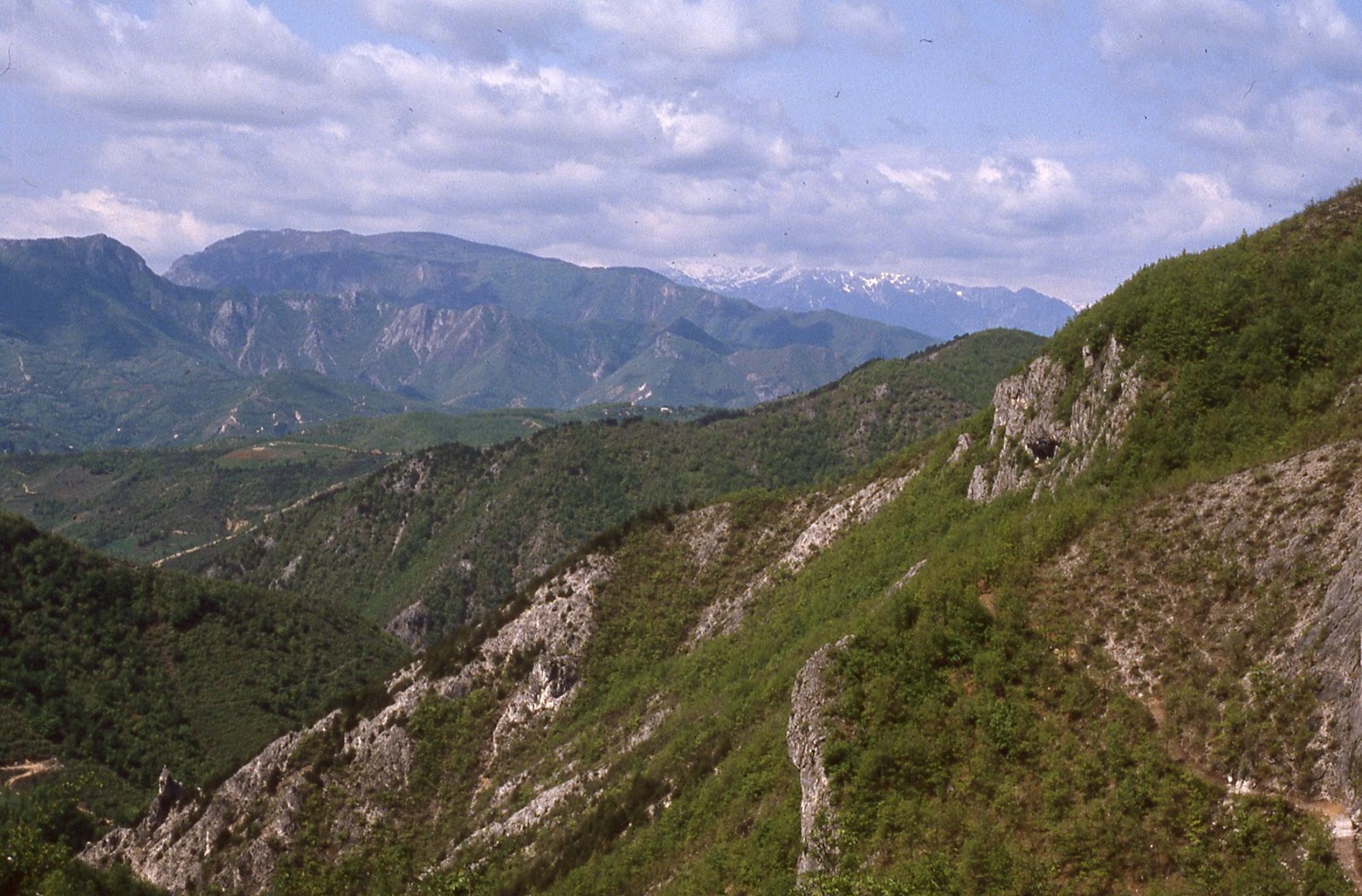 I was in the compartment nearest the toilet, which in the typical European fashion of the time usually involved a foot pedal and trap door which deposited one’s leavings onto the track.

However, some Yugoslav trains didn’t have a commode, just a hole in the floor. Mine was one of them. It remains difficult for me to imagine squatting on a moving train, and perhaps this is why, with yet another contingent of soldiers on the train, as we sat stock still atop the high mountain pass for an hour, they marched one by one to the WC, and …

I was very glad when the train started moving again. 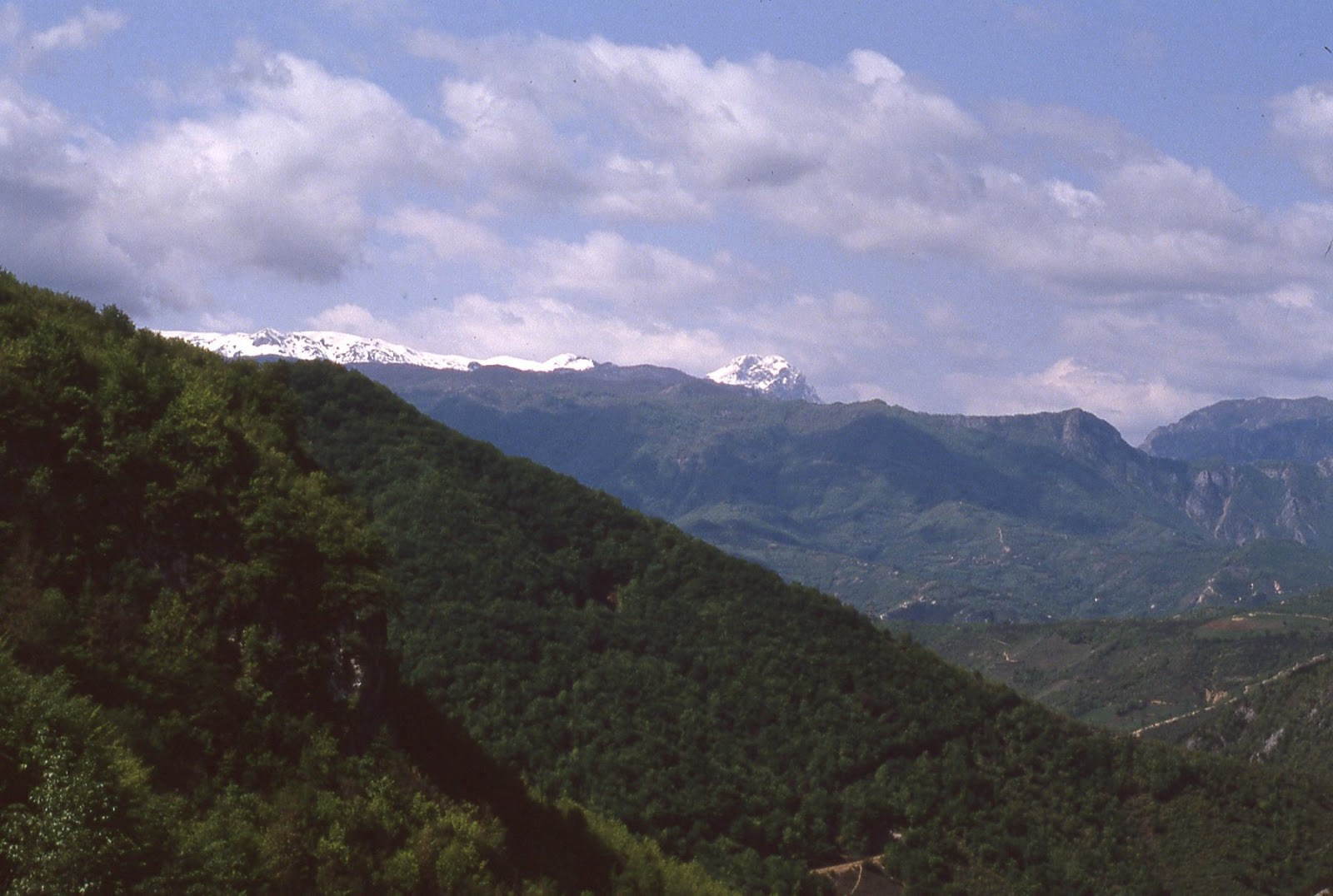 That’s correct. You depressed the mechanical foot pedal, the hinged door swung down, and the tracks could be seen flying past. Theoretically there was a water line attached to ease gravity’s task, but not always.

From defunct Yugoslavia we skip forward to debatably “United” Kingdom of today, where I’m genuinely surprised to learn that rolling stock this old remains in use. After all, it’s been a while since I greeted the right-of-way void on the continent while using the loo on a moving train.

A pledge to end the dumping of human waste on railway tracks in England and Wales by the end of the year will no longer be met, Network Rail and train firms have admitted.

Although Network Rail’s former chief executive, Mark Carne, said in 2017 he had secured government agreement to end the “disgusting practice” by 2019, several companies will continue to use trains whose toilets flush directly onto the track.

In 2017 the Department for Transport had said all franchises would compel firms to ensure trains had modern toilets, but several operators have now applied for exemptions. Labour said it was “totally unacceptable that railway workers continue to endure such unsanitary conditions in the 21st century” …