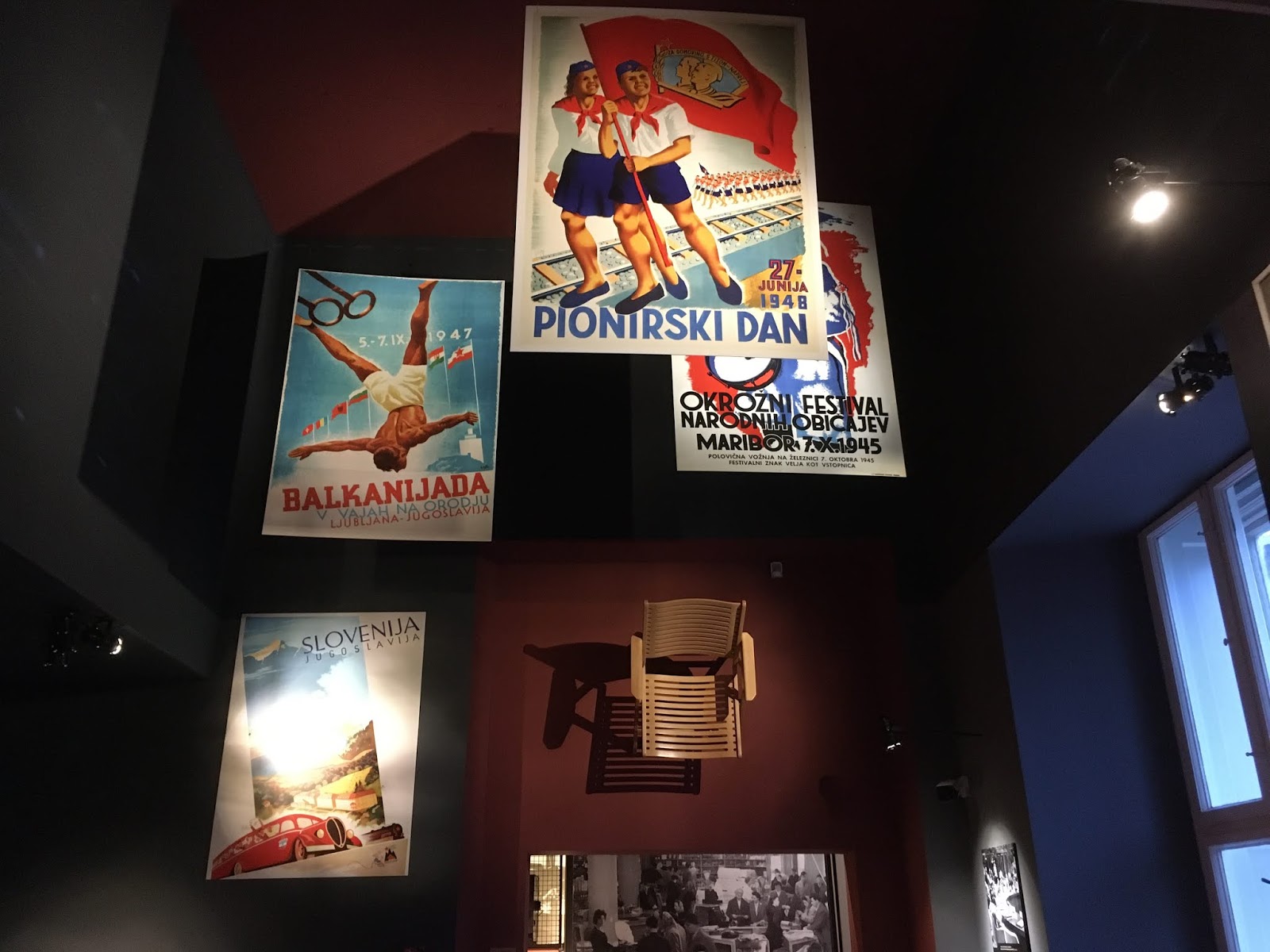 Previously there was a funicular to Ljubljana Castle.

The pace of change in the world tends to be rapid and the turbulence universal, at times convulsive. Consider the case of Slovenia, which was part of the Austro-Hungarian empire until the post-WW1 settlement that placed Slovenia inside the newly created Yugoslav kingdom.

In fact, to this very day Austria seems a much better template for the Slovene national character than participation in the union of the South Slavs. Slovenia feels decidedly Central European, not Balkan, and I get the impression that from the inception of the post-WWII socialist Yugoslav construction, the Slovenes were looking for a loophole.

They found it in 1991, joining Croatia in departing the federation and suffering only a brief ten-day war, outmaneuvering the disintegrating Yugoslav army and avoiding the bloodshed further south. By 2008, Slovenia was in the European Union taking its first turn at the six-month EU presidency. Now the country is better compared to Estonia than North Macedonia.

These and other stories of Slovenia’s recent history are told at the National Museum of Contemporary History in Ljubljana, located at Cekin Mansion by Tivoli Park, a short walk from the old town.

On Wednesday after our castle visit we had a riverside snack alongside folks who aren’t deterred by cool, rainy weather … 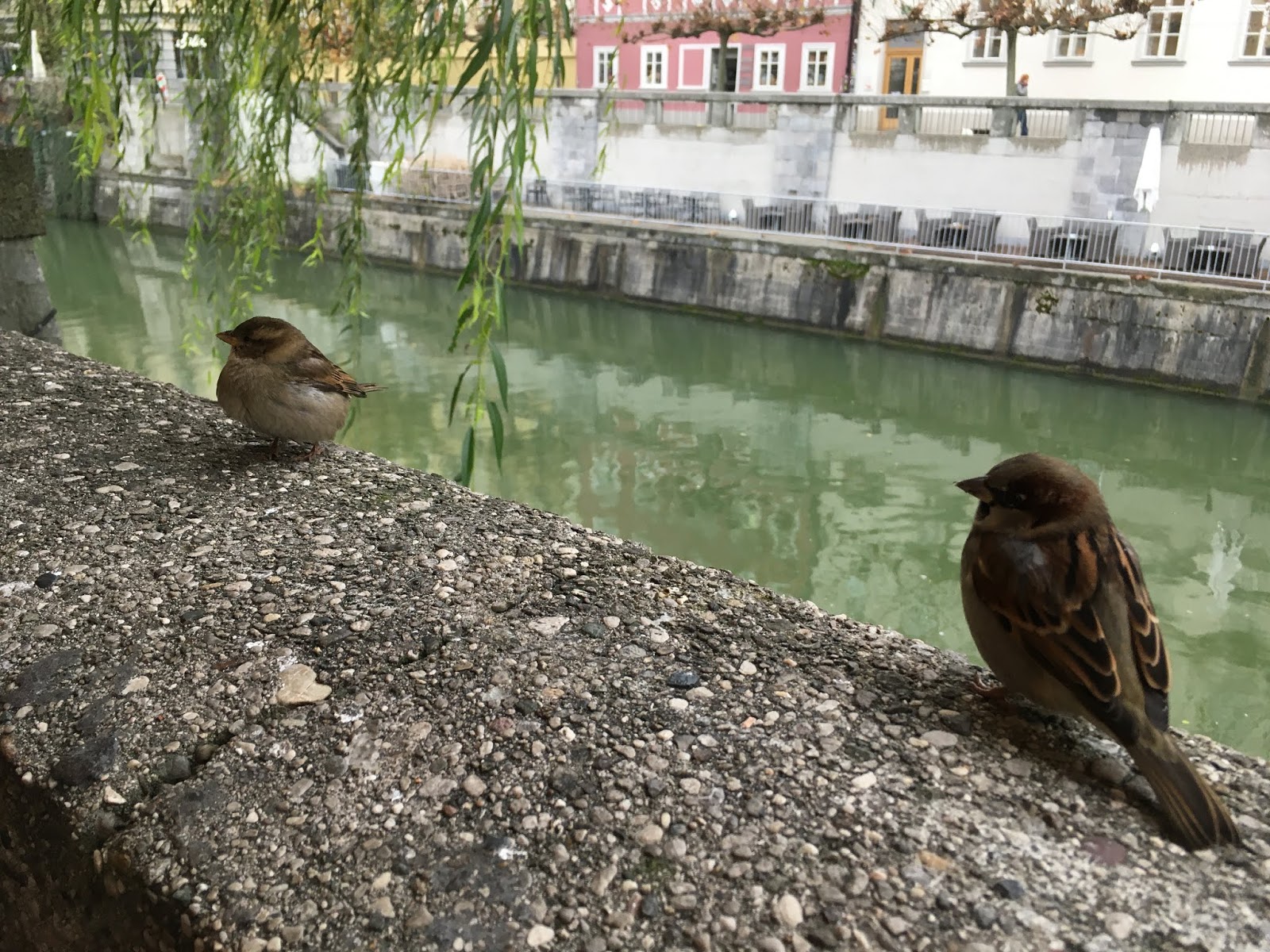 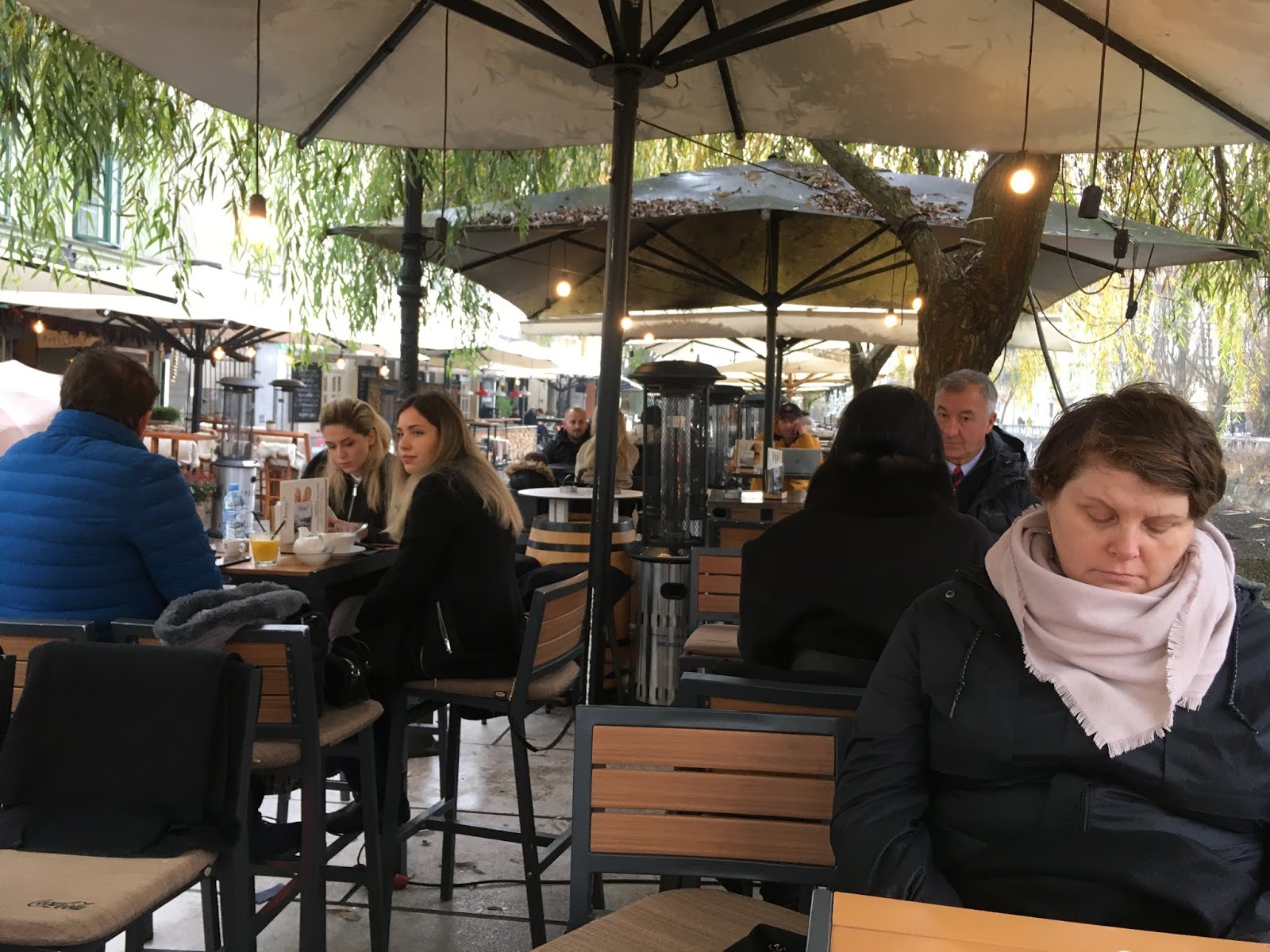 … then took a short walk and hopped a bus to the museum. 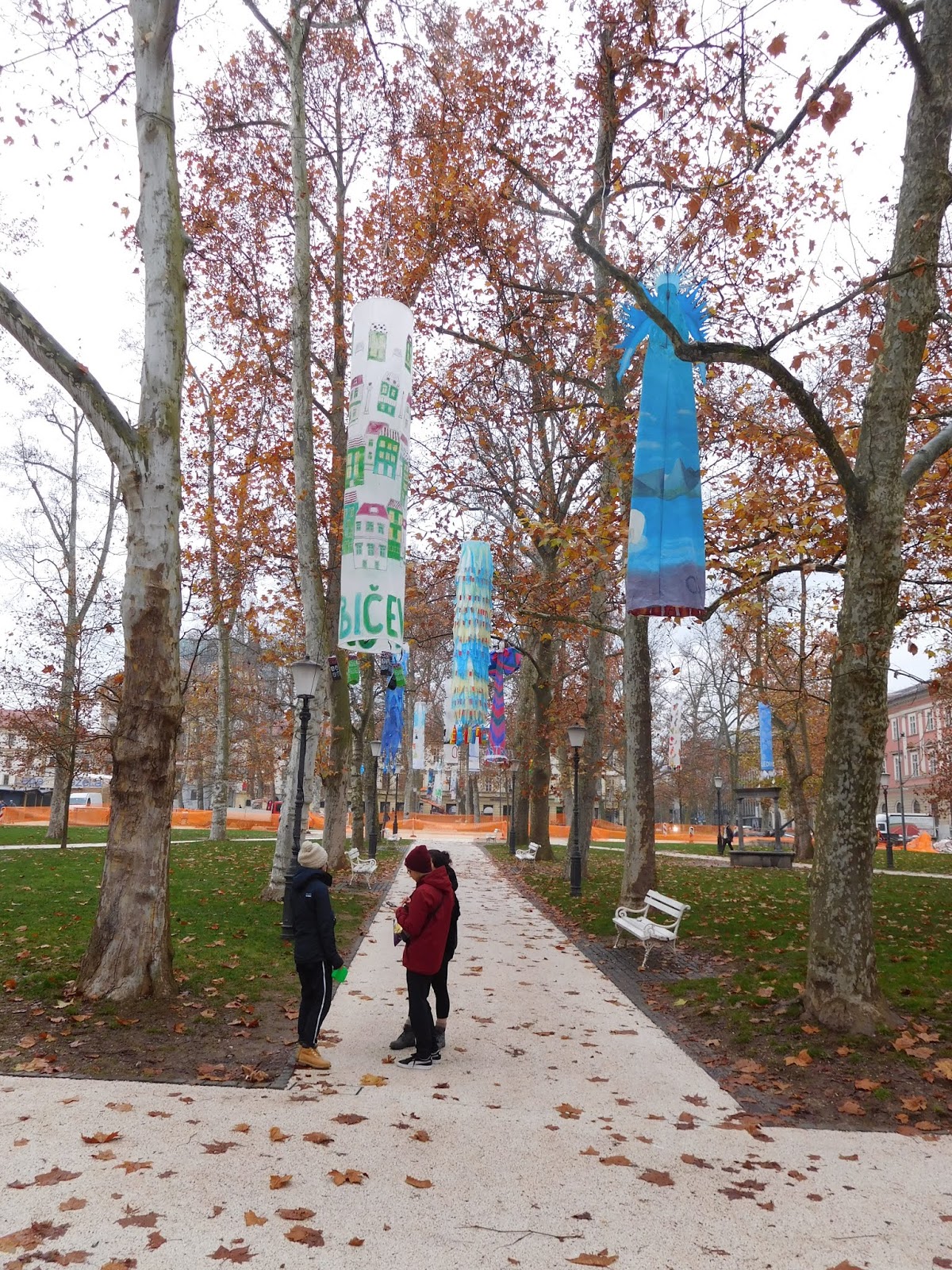 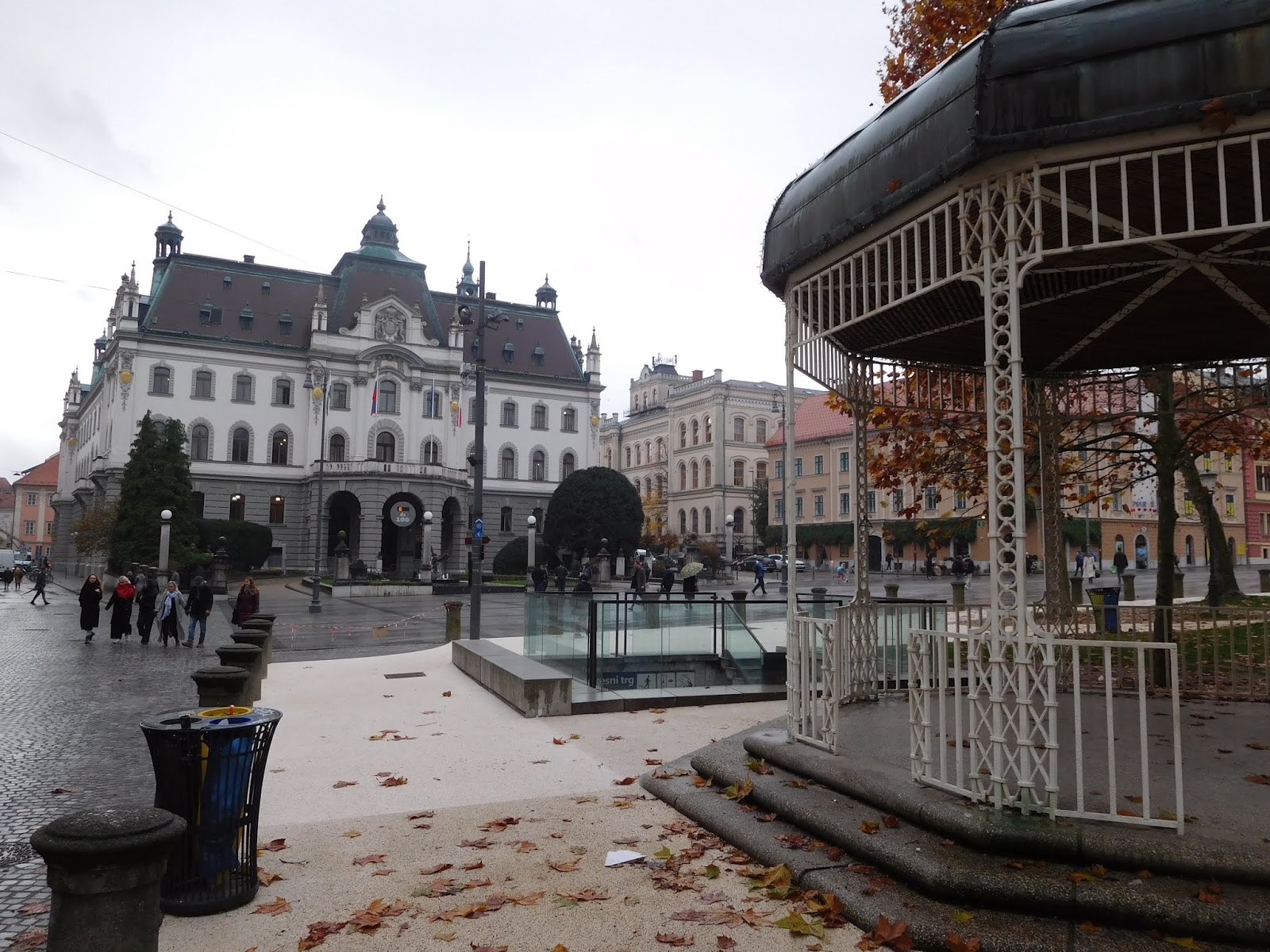 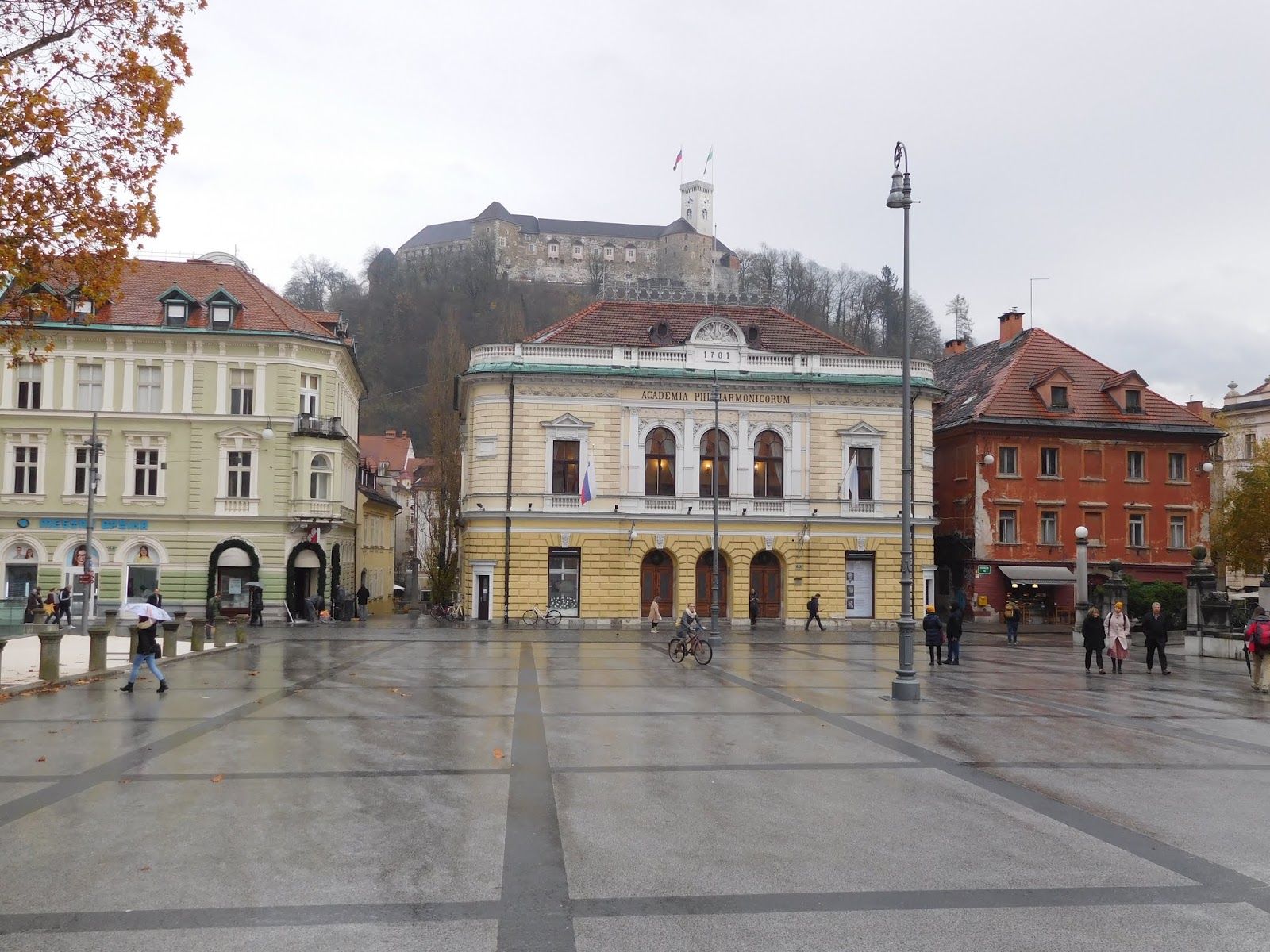 I enjoyed every minute of the museum.

The National Museum of Contemporary History is a state museum dedicated to the heritage of recent Slovenian history, from the beginning of the 20th century onwards. It holds collections relating to the First and Second World Wars, the period between the two wars, the Socialist period, and the establishment of independent Slovenia. Exhibits include museum objects, archive and library materials, fine art works, and photographs. 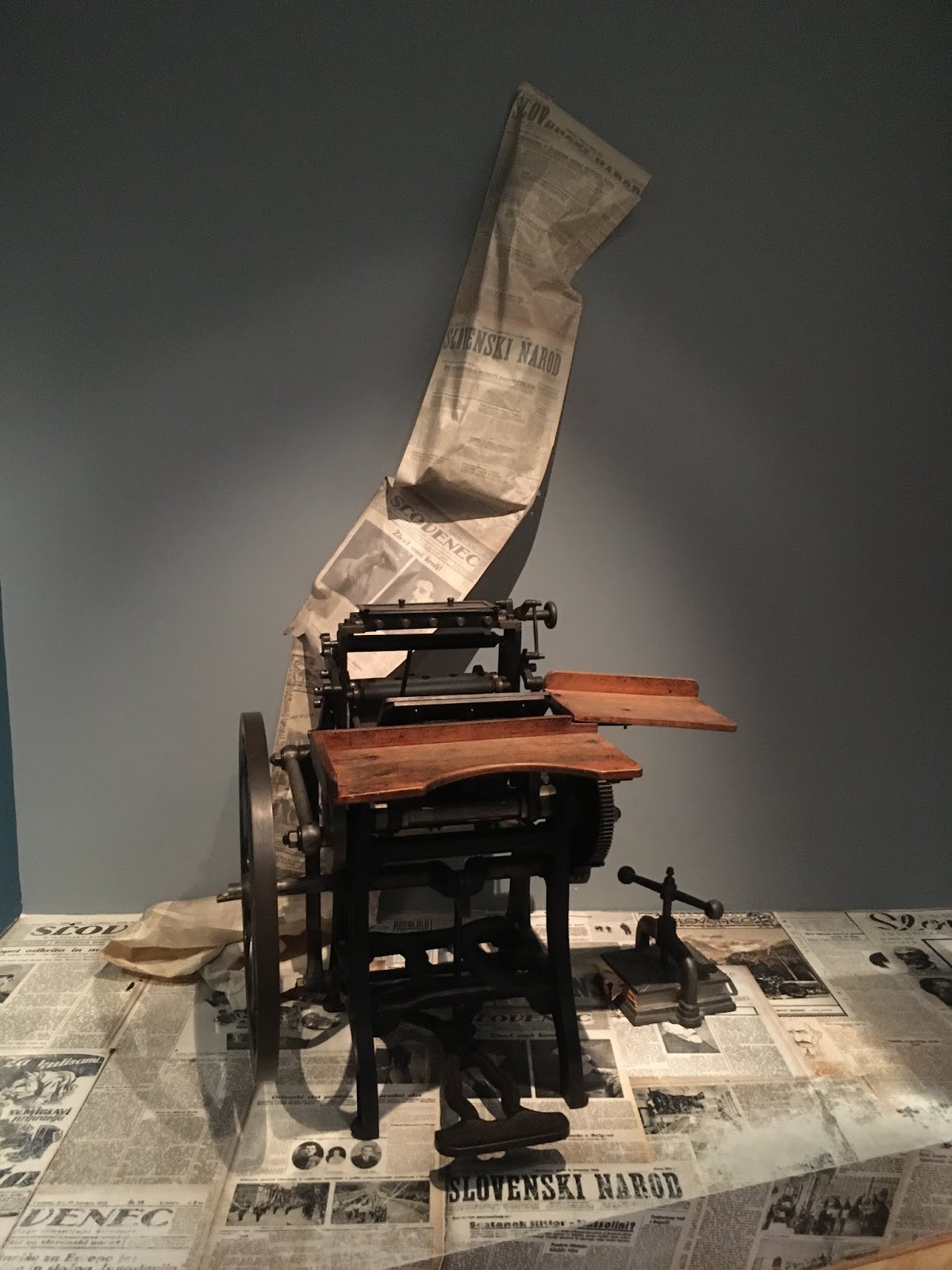 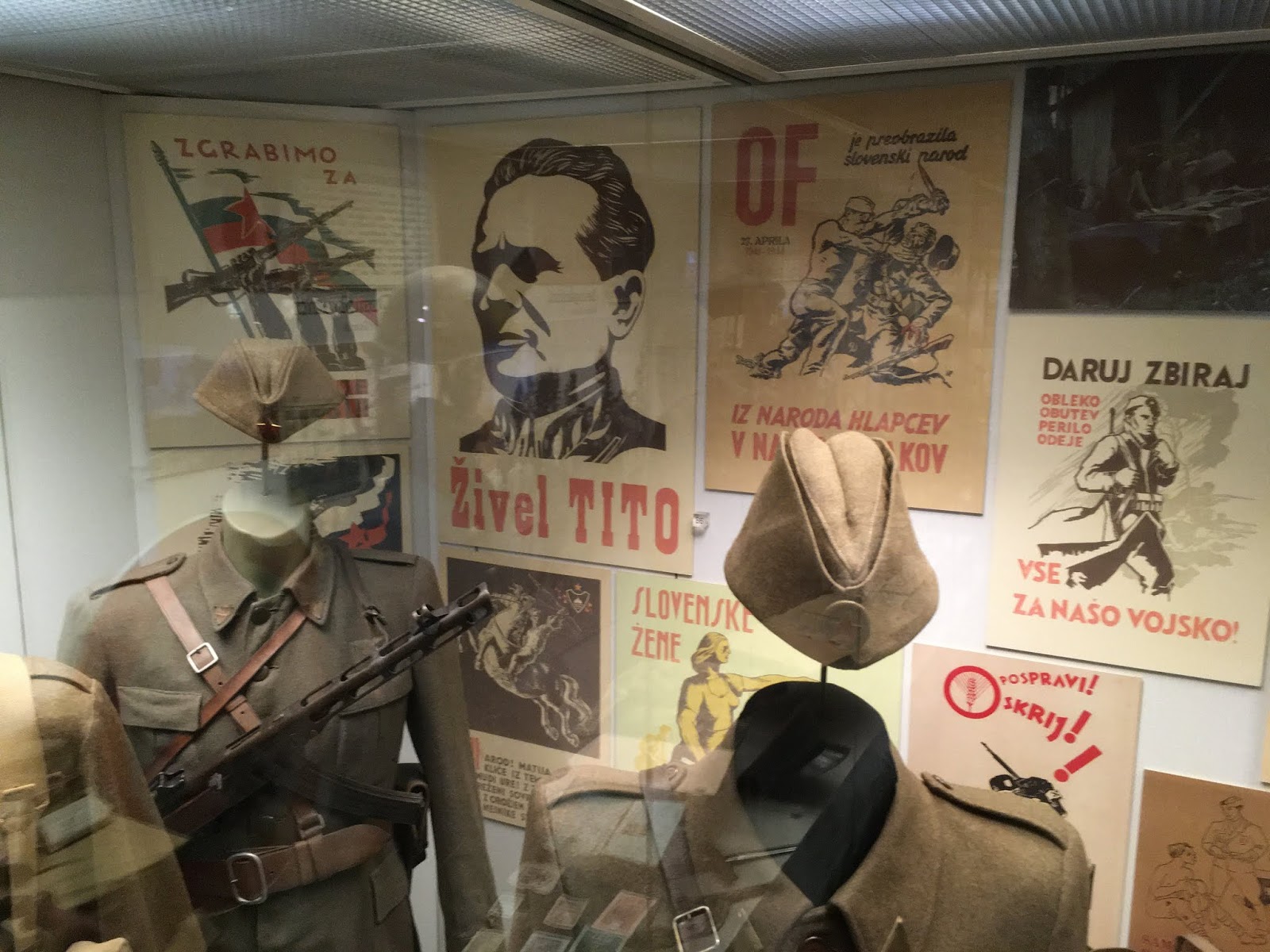 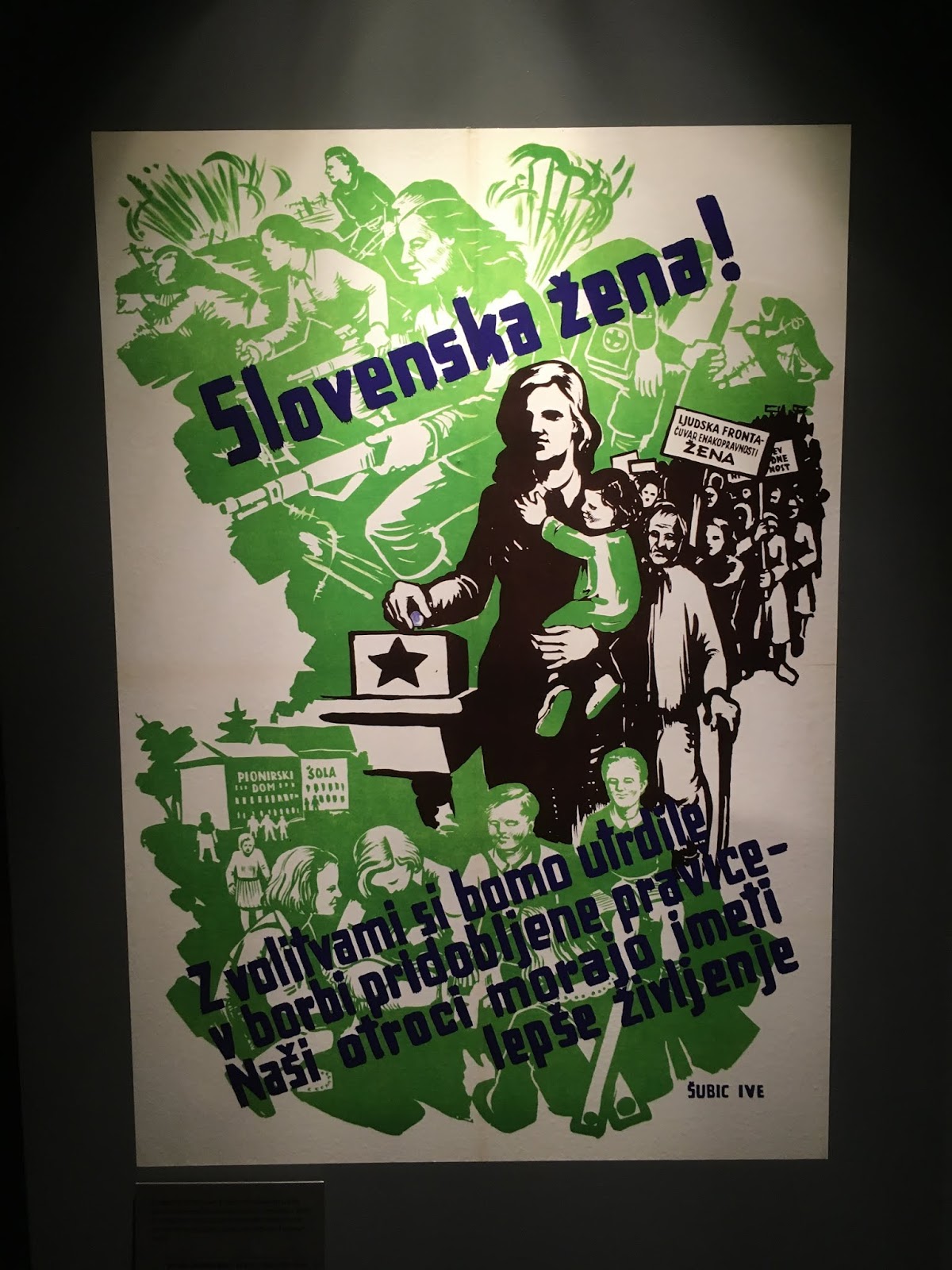 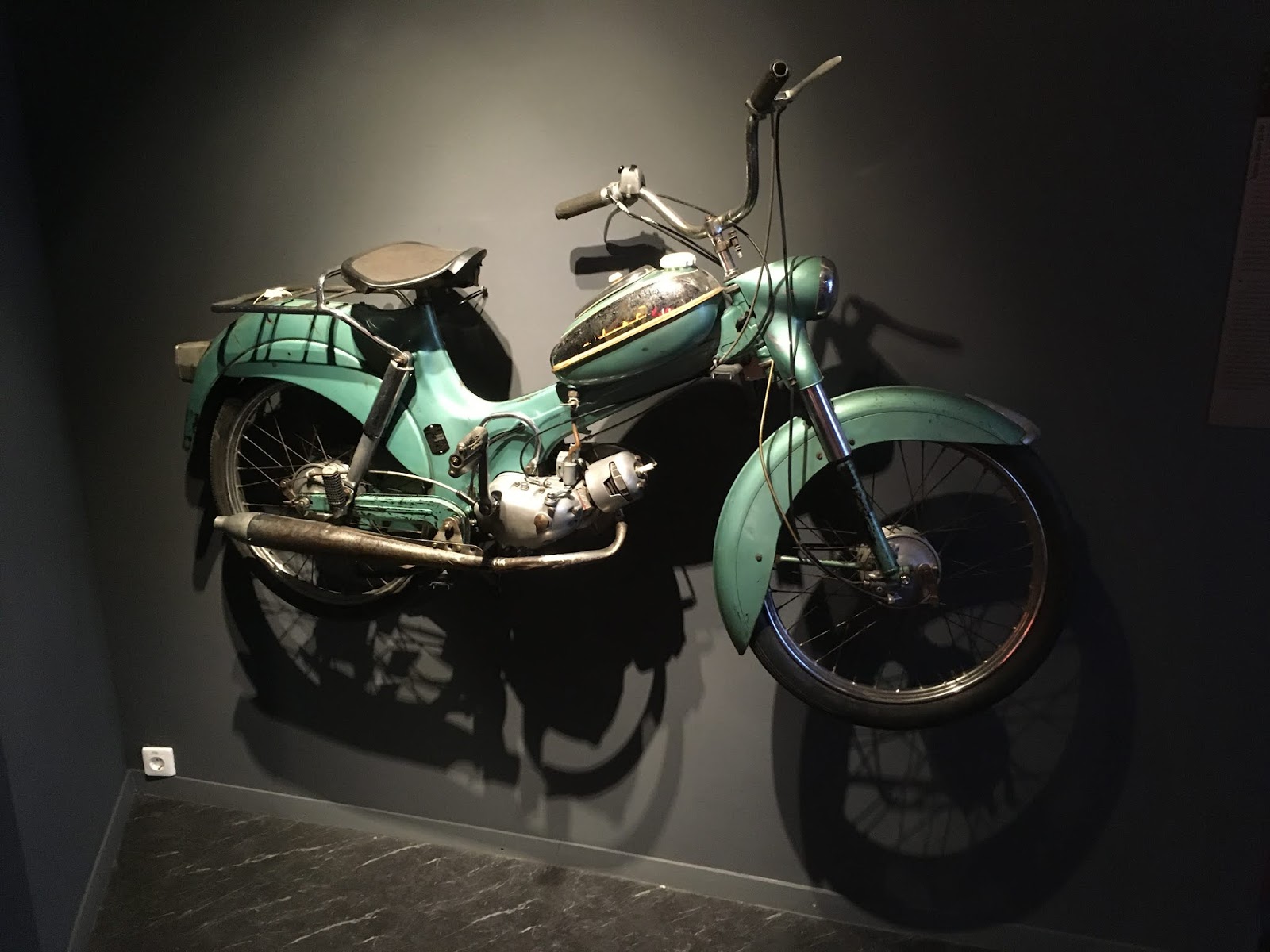 It was time for another snack, and maybe a beer (tour), and the Union brewery faced us, right across the street.