We’d been walking around Ljubljana on Thursday.

For the second time in four years we spent Thanksgiving Day abroad. The first instance was in Catania, Sicily in 2016, and now Ljubljana, Slovenia in 2019. In mid-afternoon on Thursday after a day filled with strolling and brief pit stops, we dropped into an eatery called Gostilna Pri Kolovratu, which is located adjacent to the cathedral.

Guesthouse Pri kolovratu (At The Spinning Wheel) is one of the oldest guesthouses of Ljubljana. The first archive record was made in 1836, under the name Zum Spinnradl. In the 19th century, its regular customers included the poet Fran Levstik, opera singer Josip Nolli, the first Slovenian mayor Peter Grasseli, judge Kuralt. However, it was at its most famous between the two world wars, when it was the main gathering point of the “Penati” (the most important people who works in the culture that time).

I knew only that a website recommended it for superlative Prekmurska gibanica, a layered pastry containing poppy seeds, walnuts, apples, raisins and quark (a creamy unripened white cheese). The dessert originally comes from the Prekmurje region in easternmost Slovenia, bordering Hungary. It has become a nationally-known treat. I opted for a sweet štruklji dumpling. Both were wonderful. 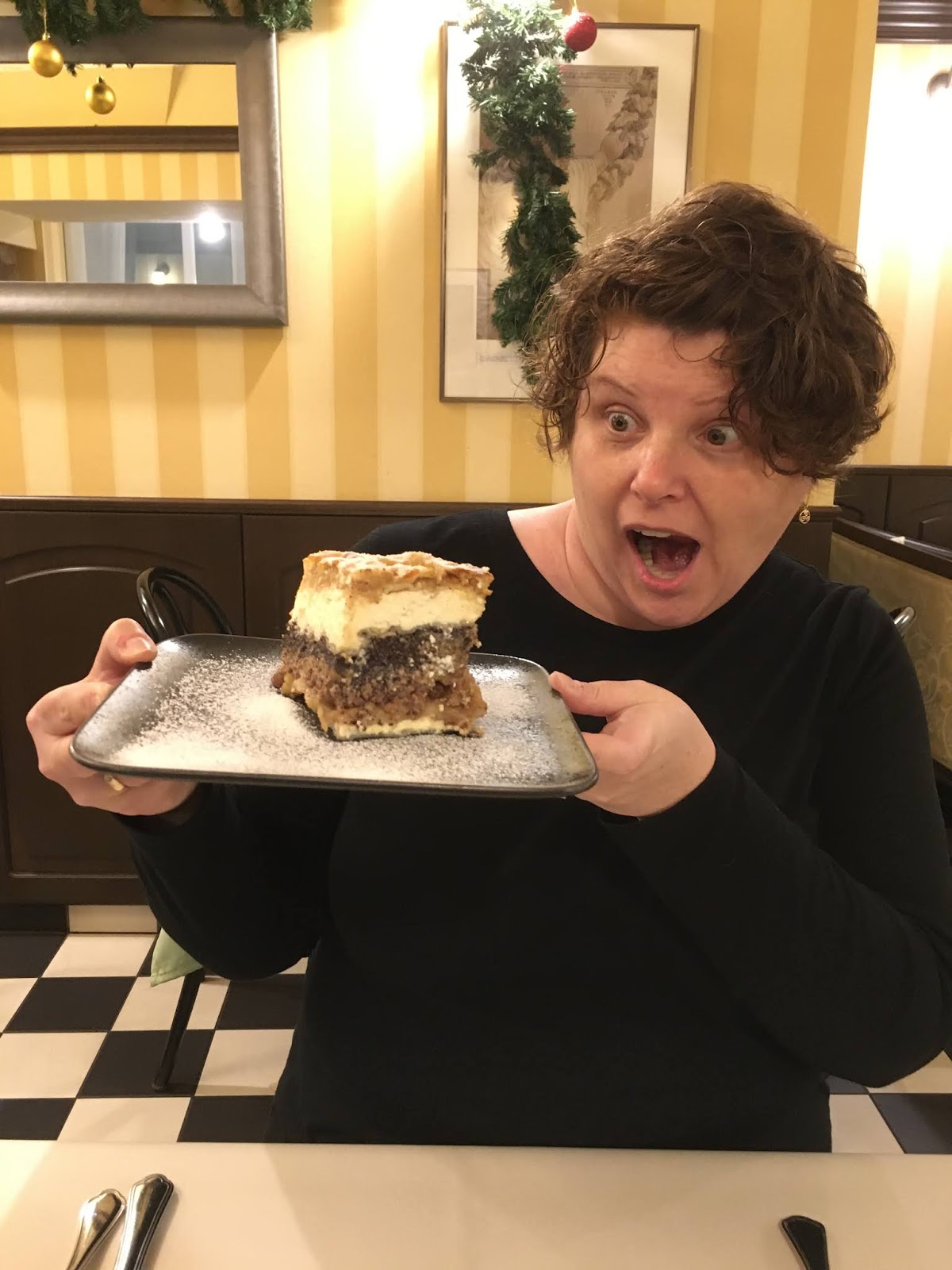 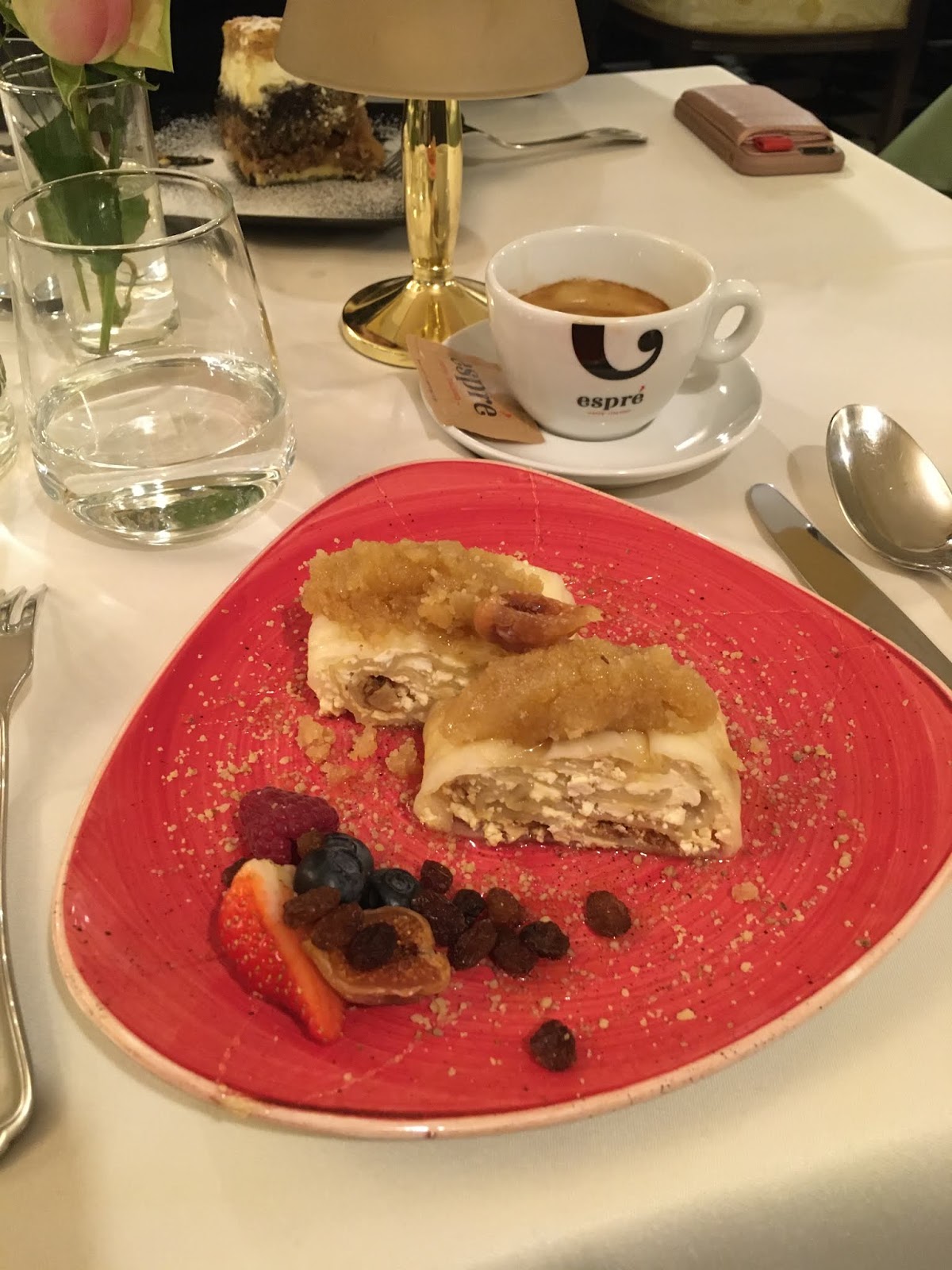 The restaurant was empty with the exception of two male staffers struggling to decorate for Christmas; the following day was the debut of the annual Christmas market and it almost surely would be a busy weekend. 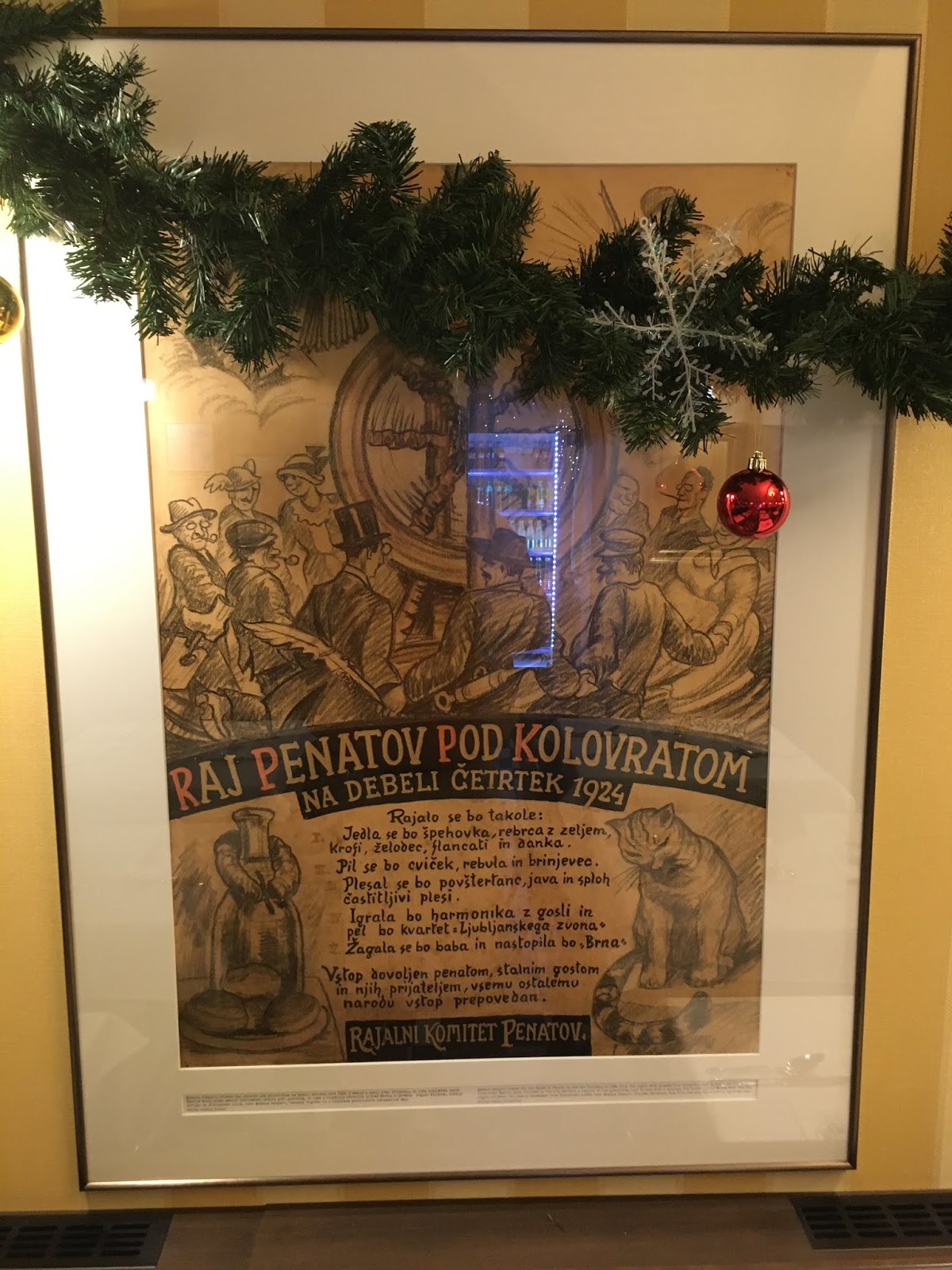 We were enamored of Gostilna Pri Kolovratu’s picturesque interior and secluded interior courtyard. 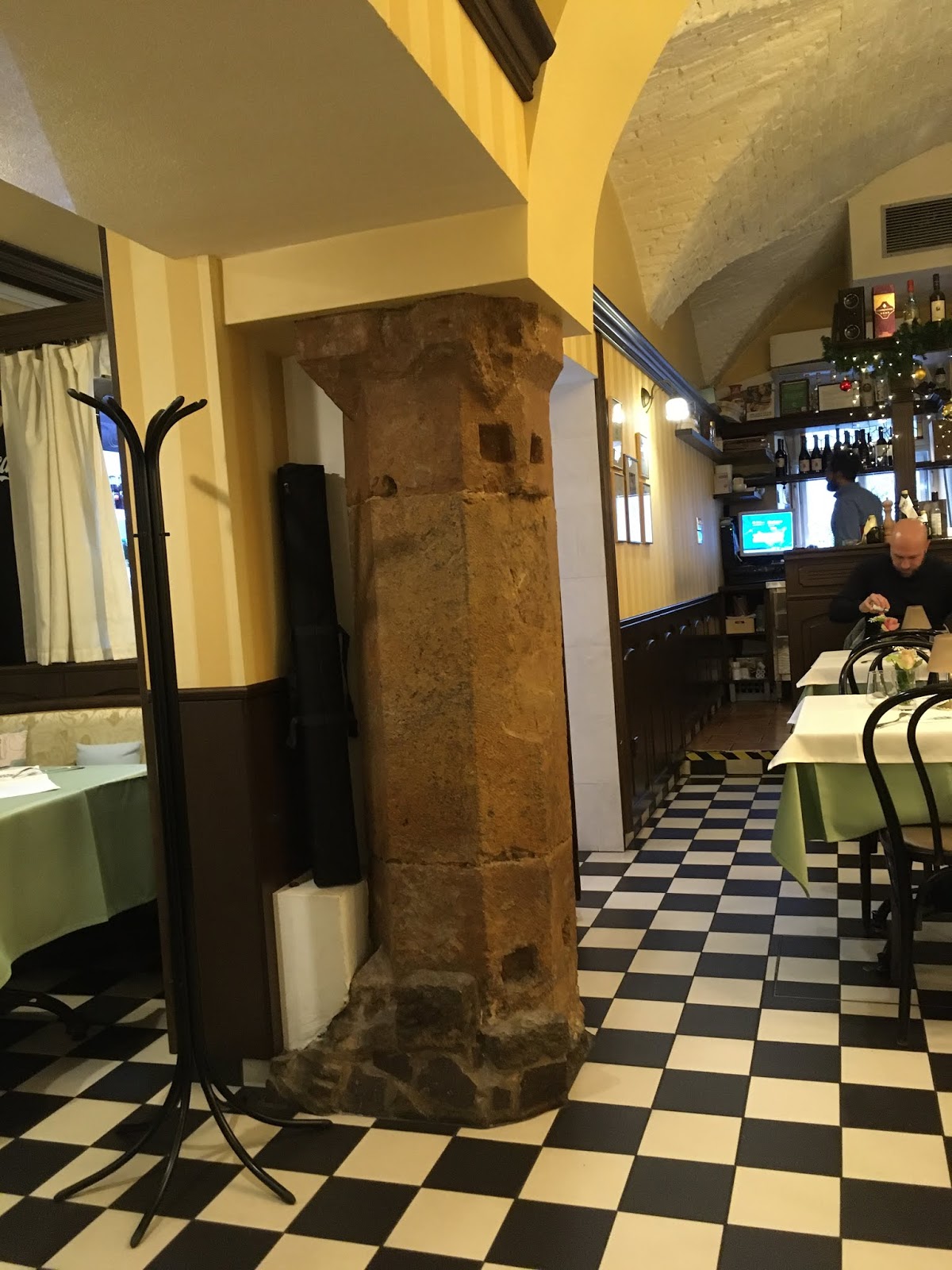 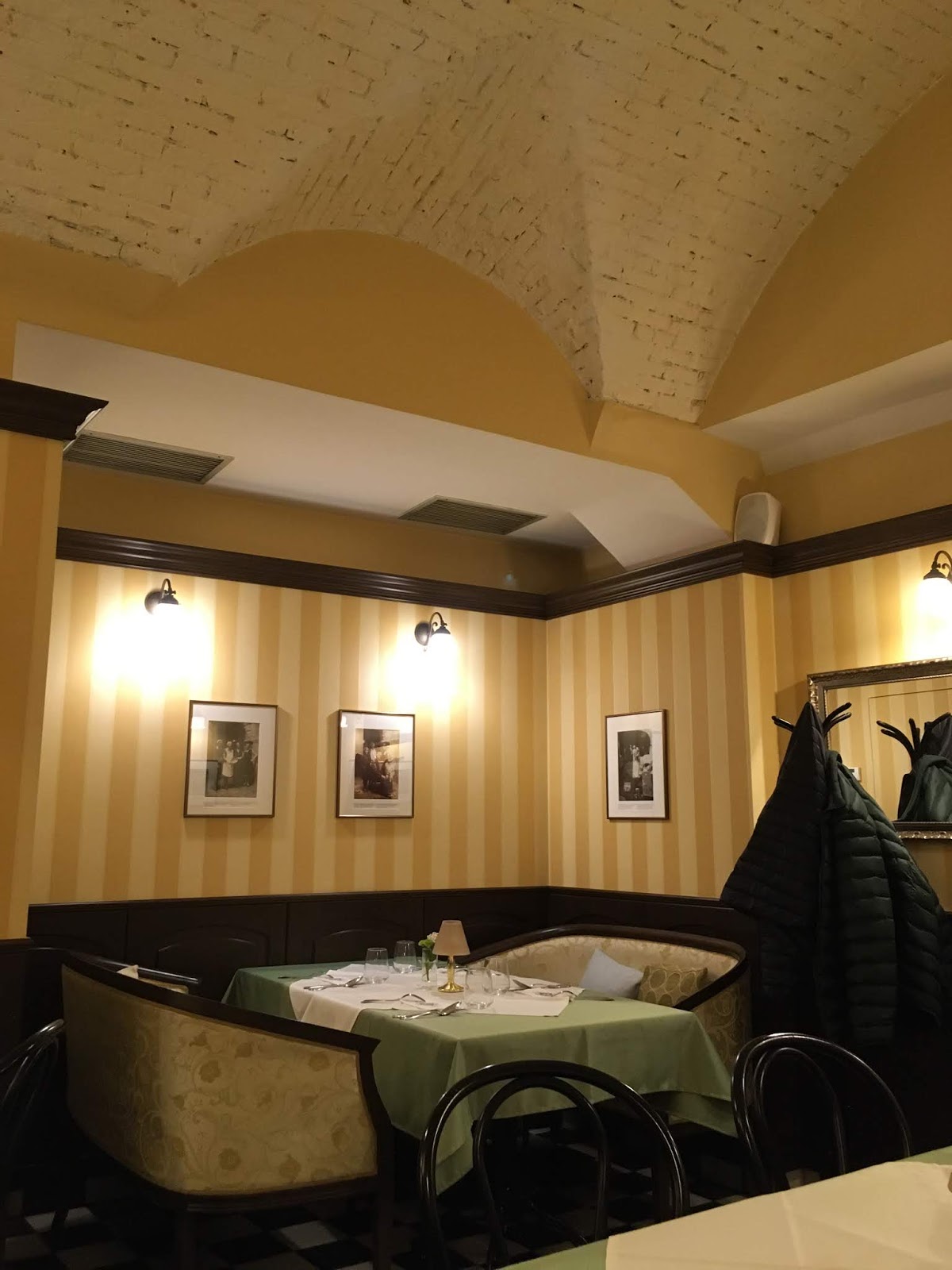 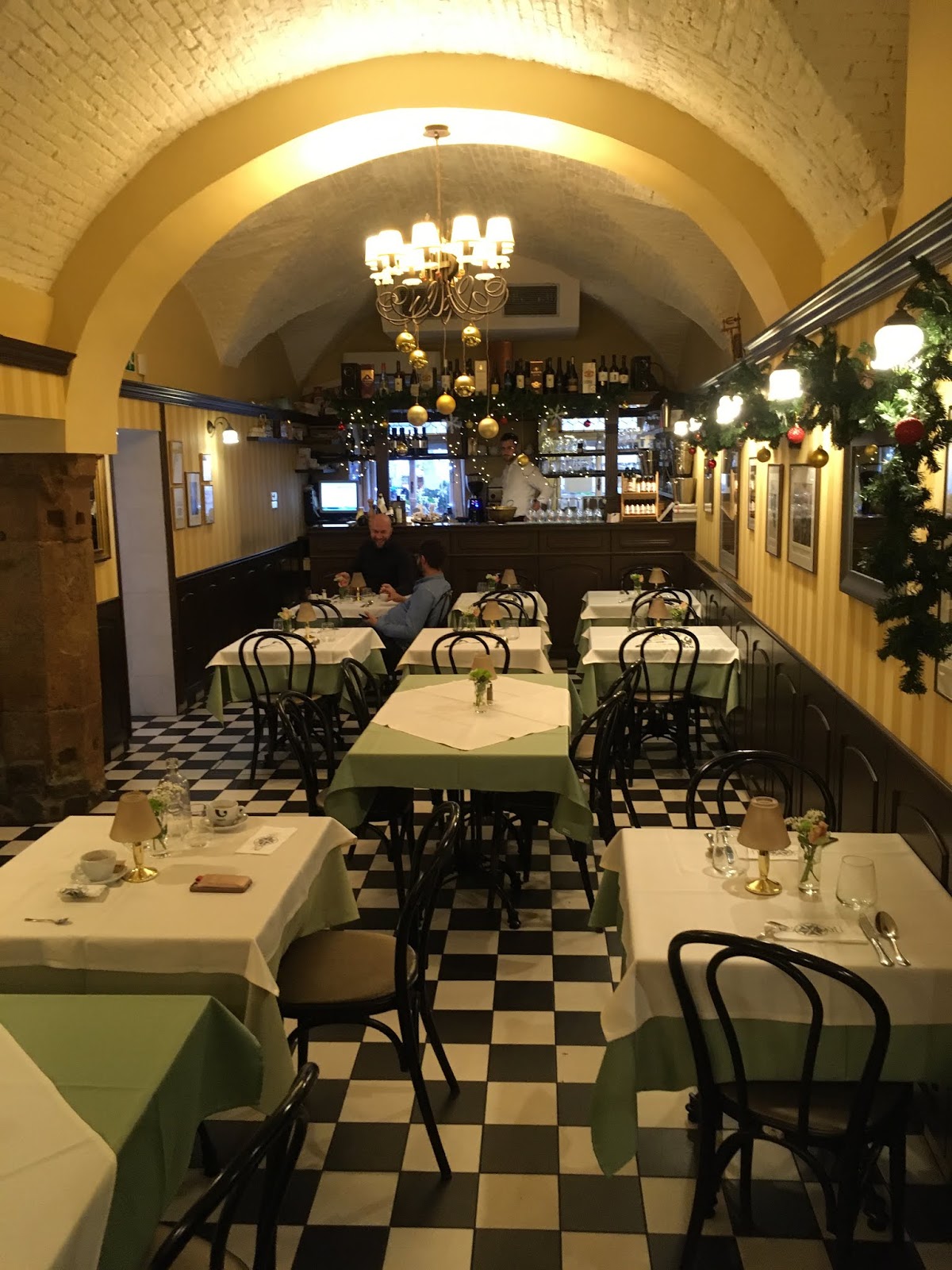 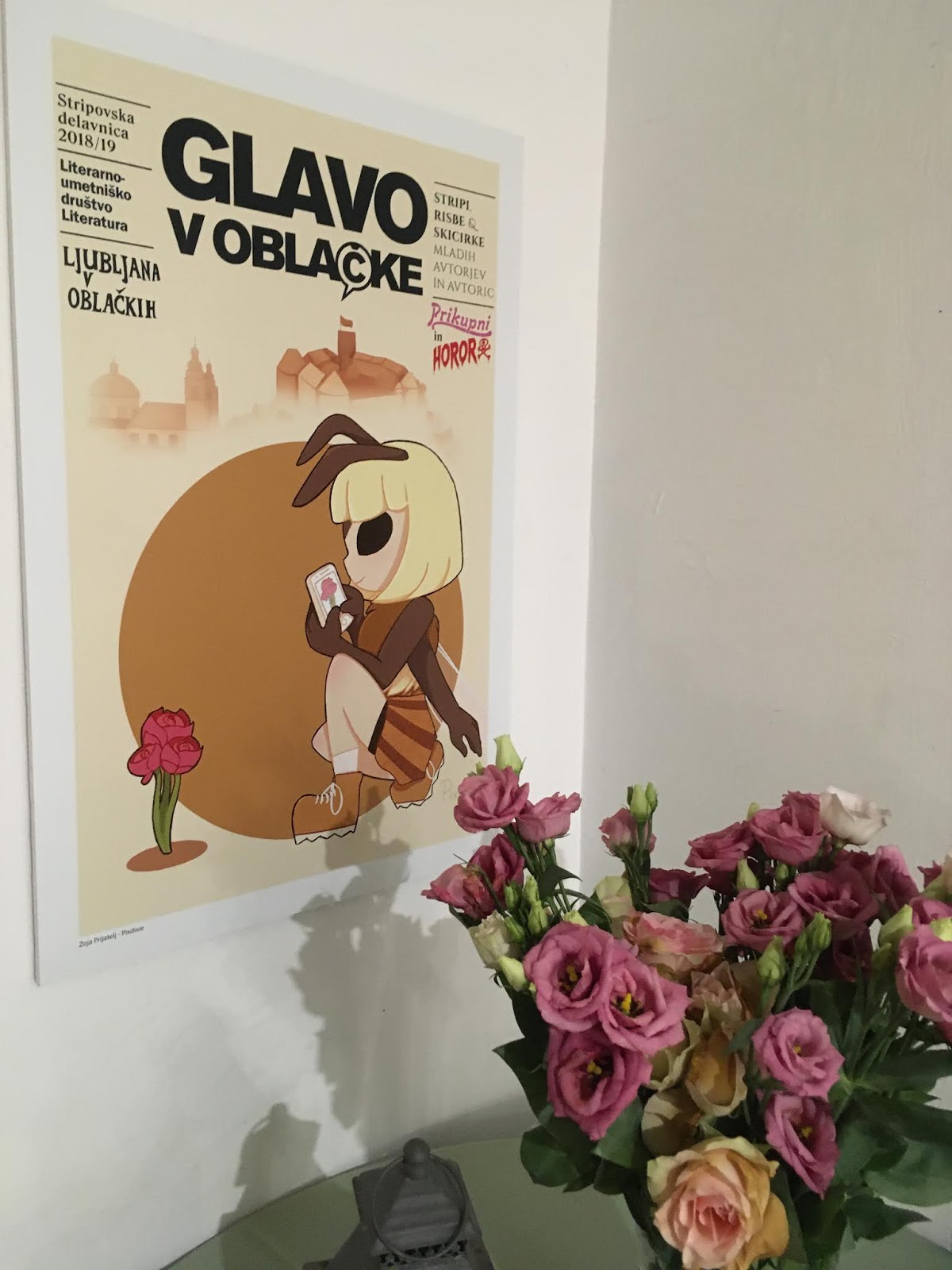 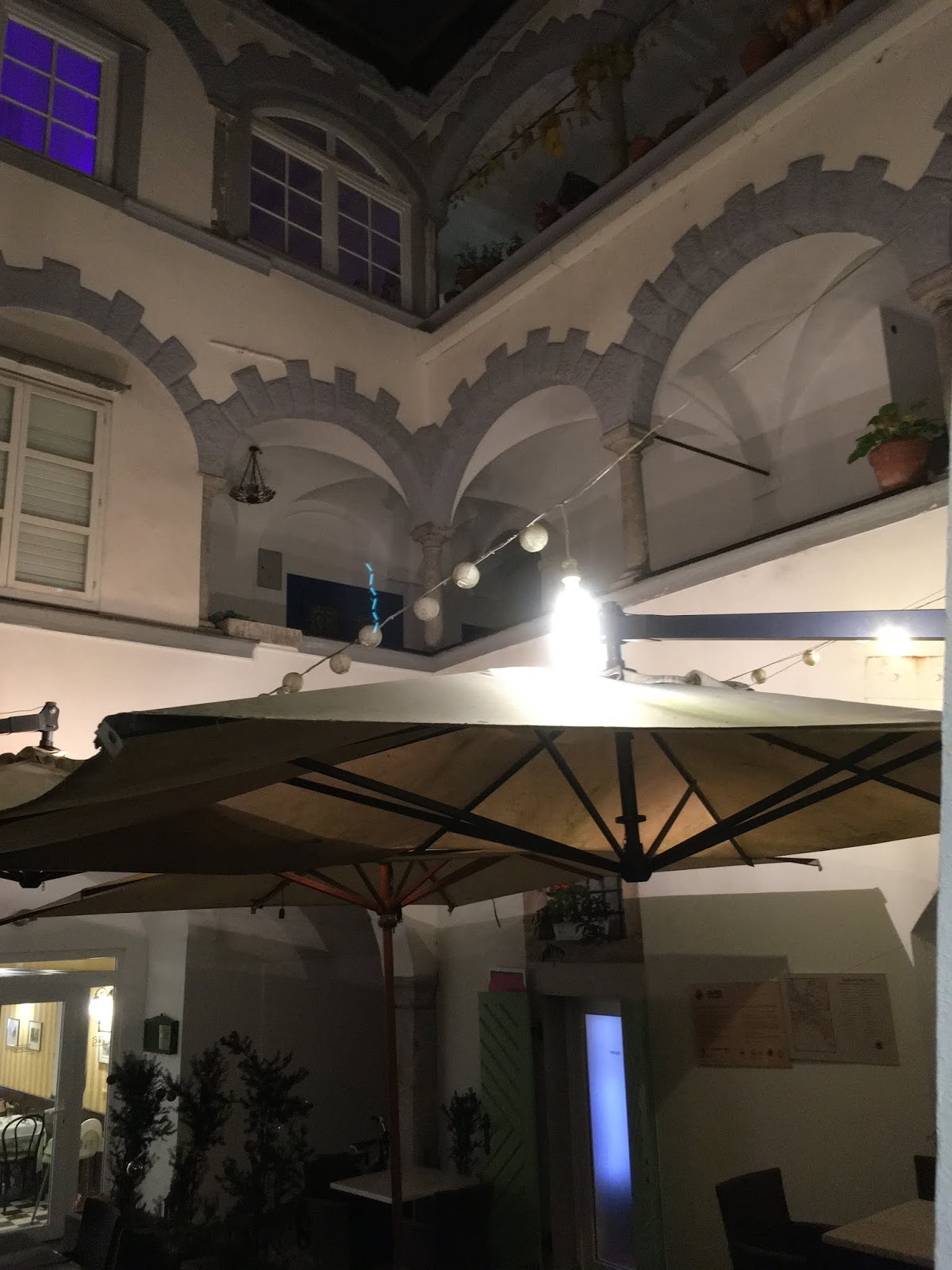 We explained Thanksgiving to our server, who graciously gave us a 10% discount card and said he’d be there all evening — why not come back for the American holiday?

This we did, and it was a memorable meal. 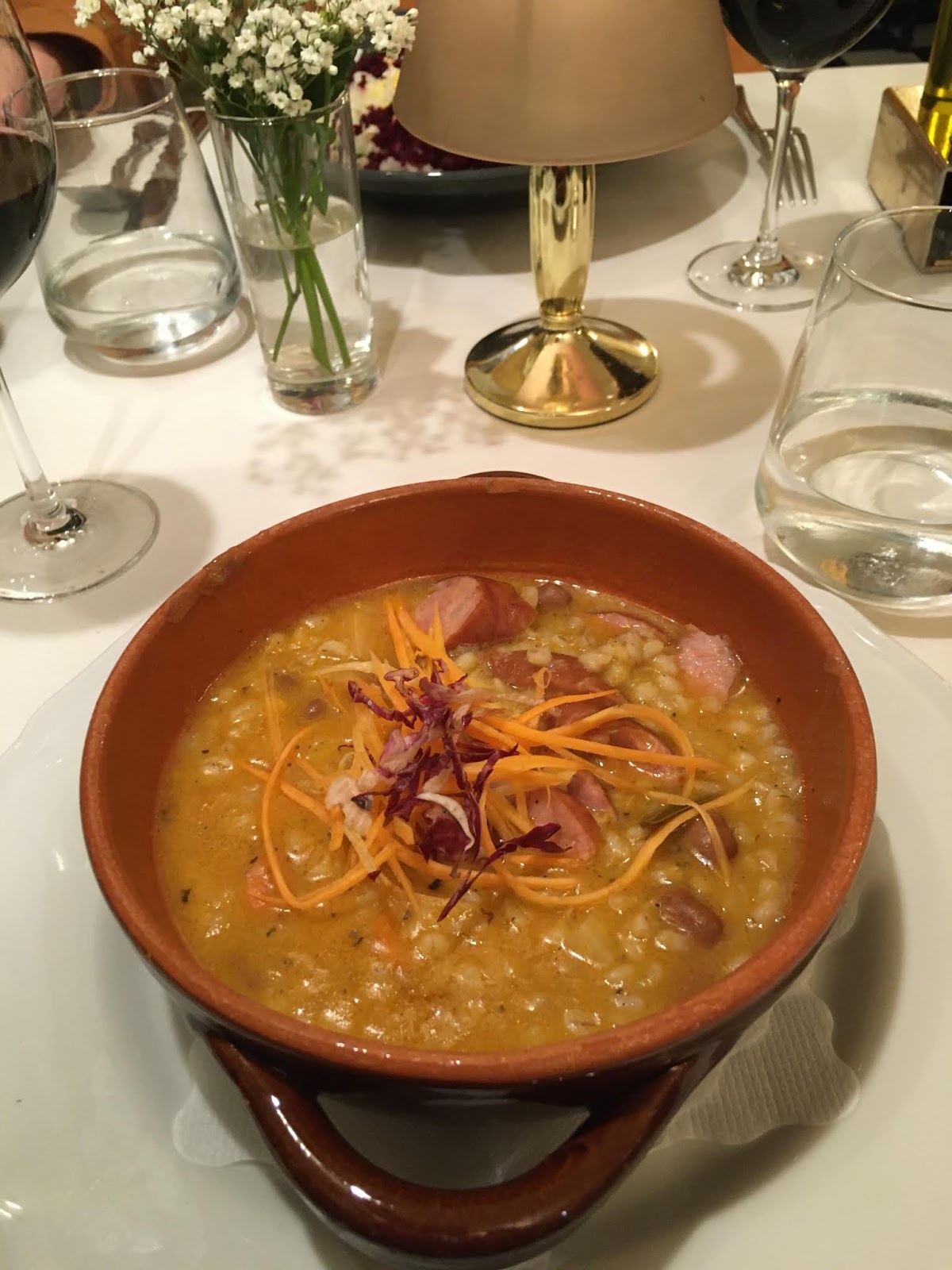 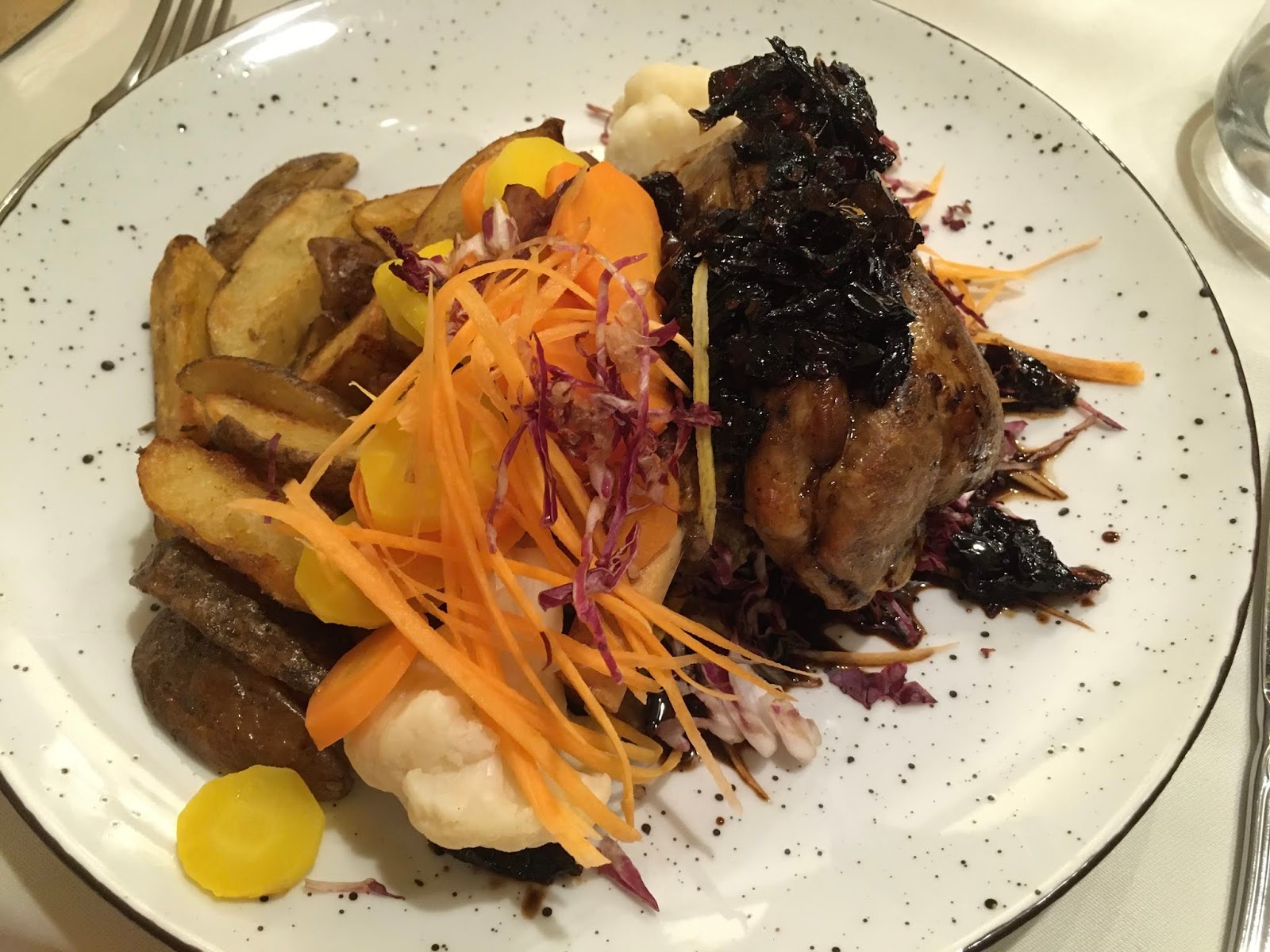 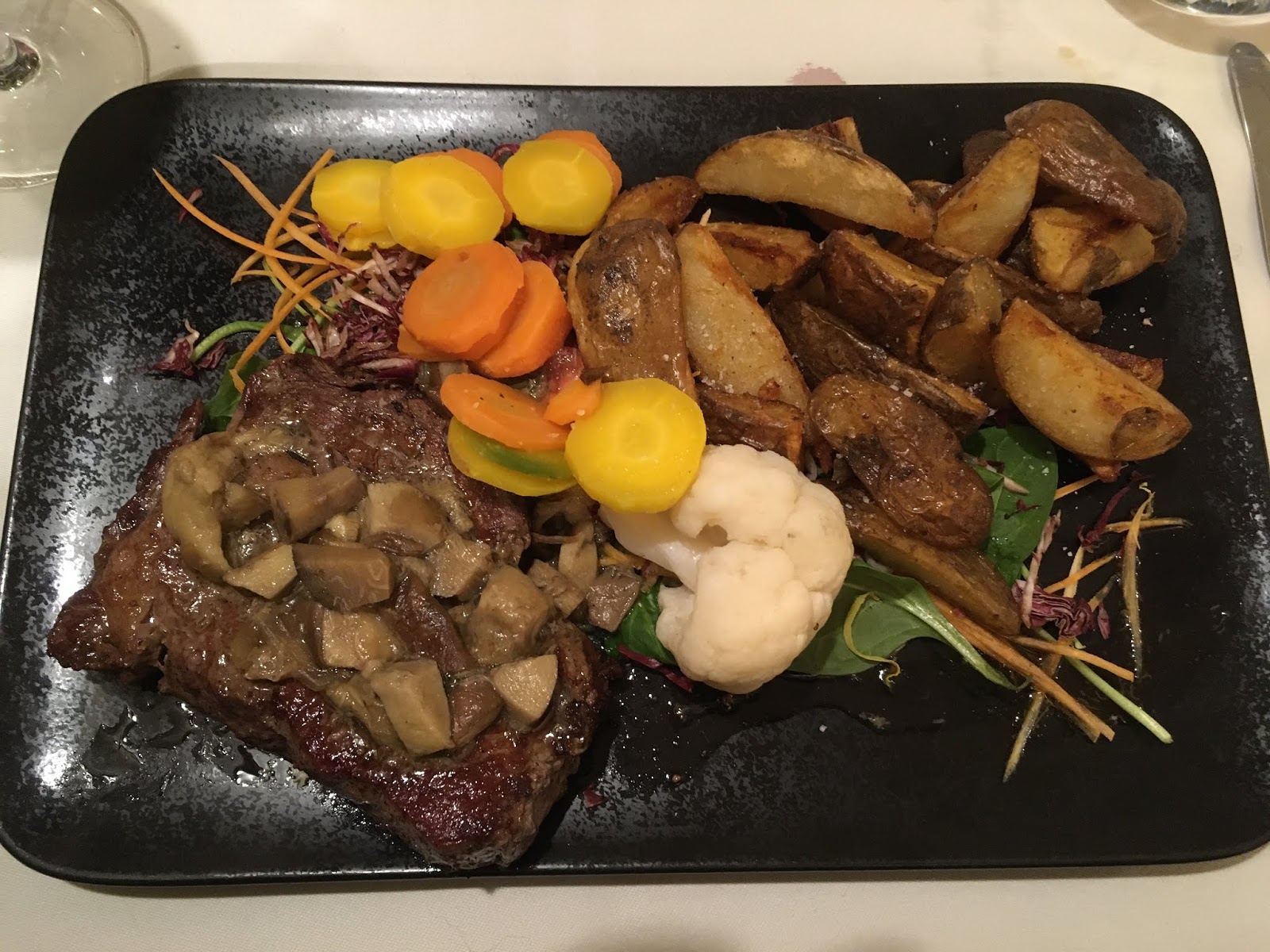 Slovene merlot and a parting glass of Pelinkovac, a bitter herbal liqueur. 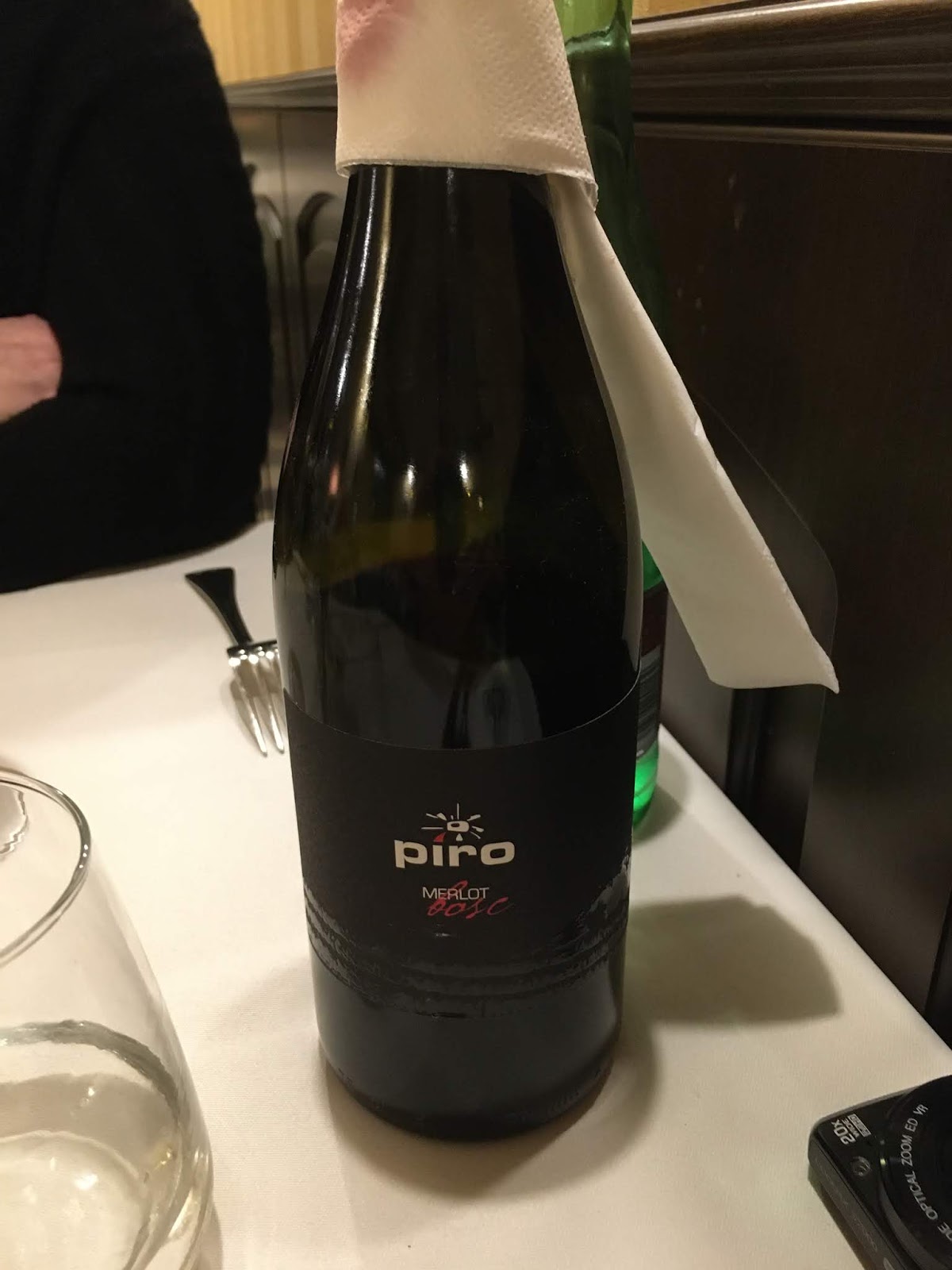 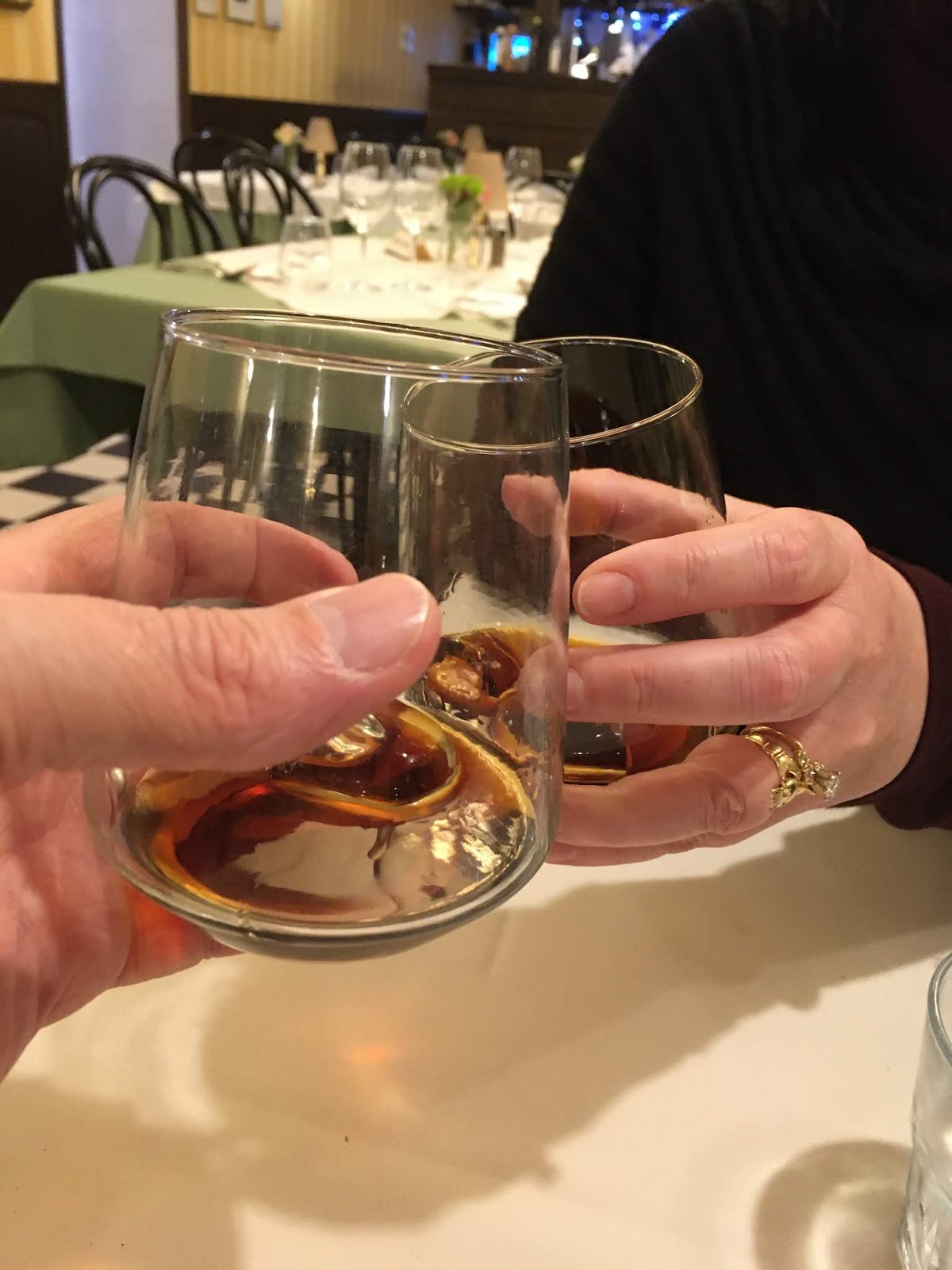 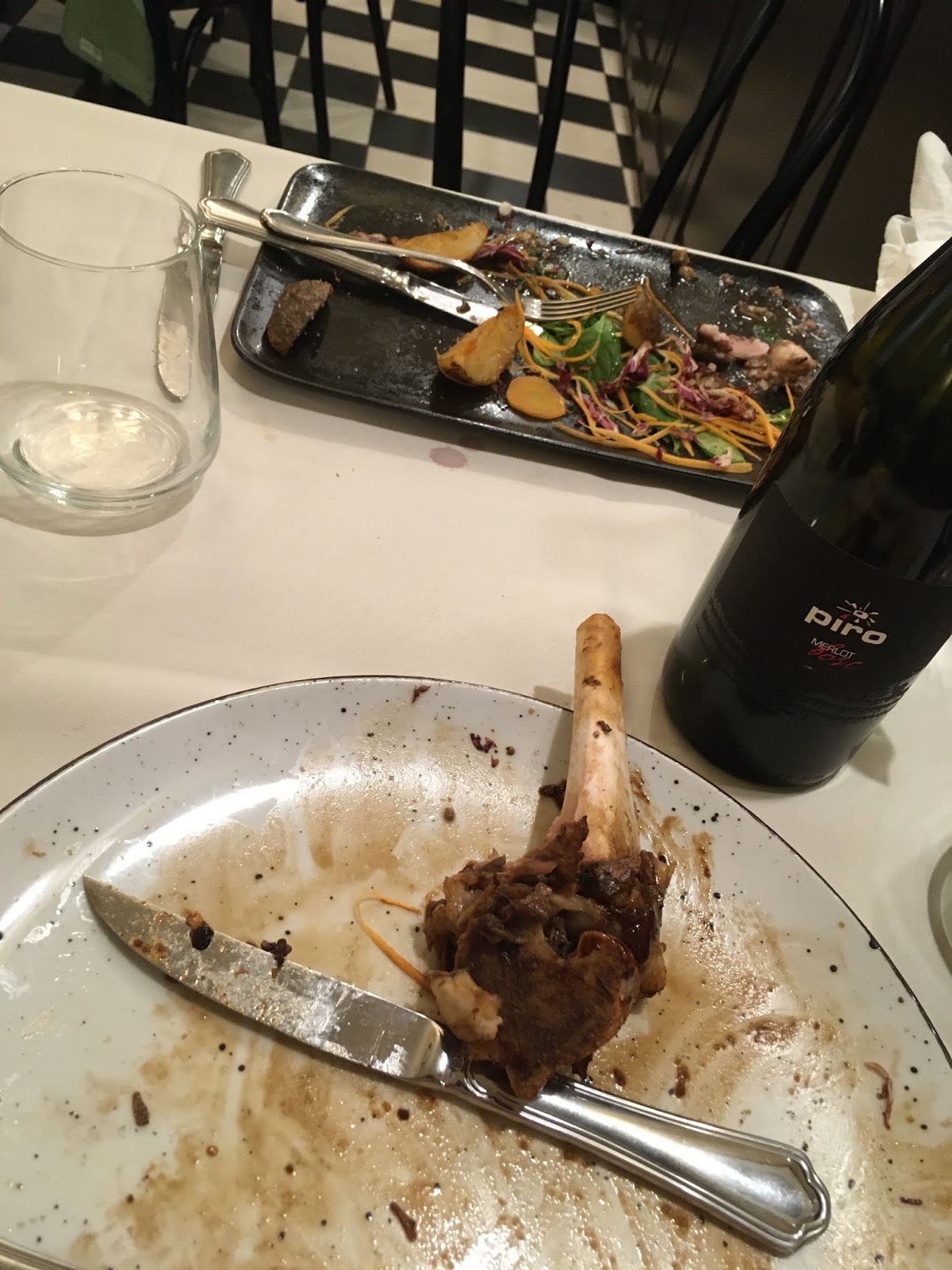 Gostilna Pri Kolovratu wasn’t traditional Thanksgiving cuisine in the American-based turkey sense of the occasion, but all the same it was one of my favorite holiday meals in recent memory. 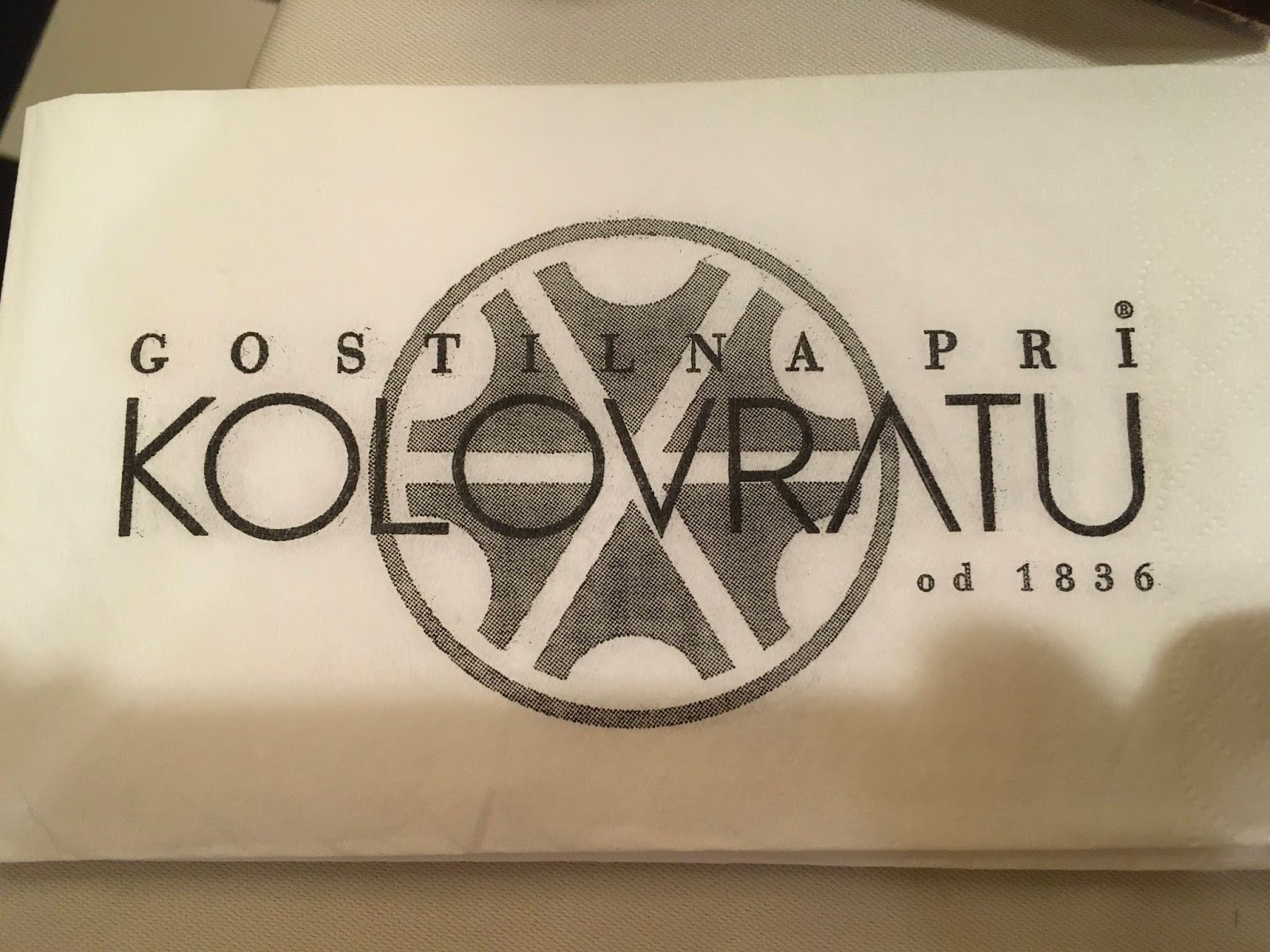 It seemed an indefensible act of gluttony to eat dessert for the second time at the same restaurant, so we departed without sweets.

However the Vigo ice cream shop was just down the street on the way home. 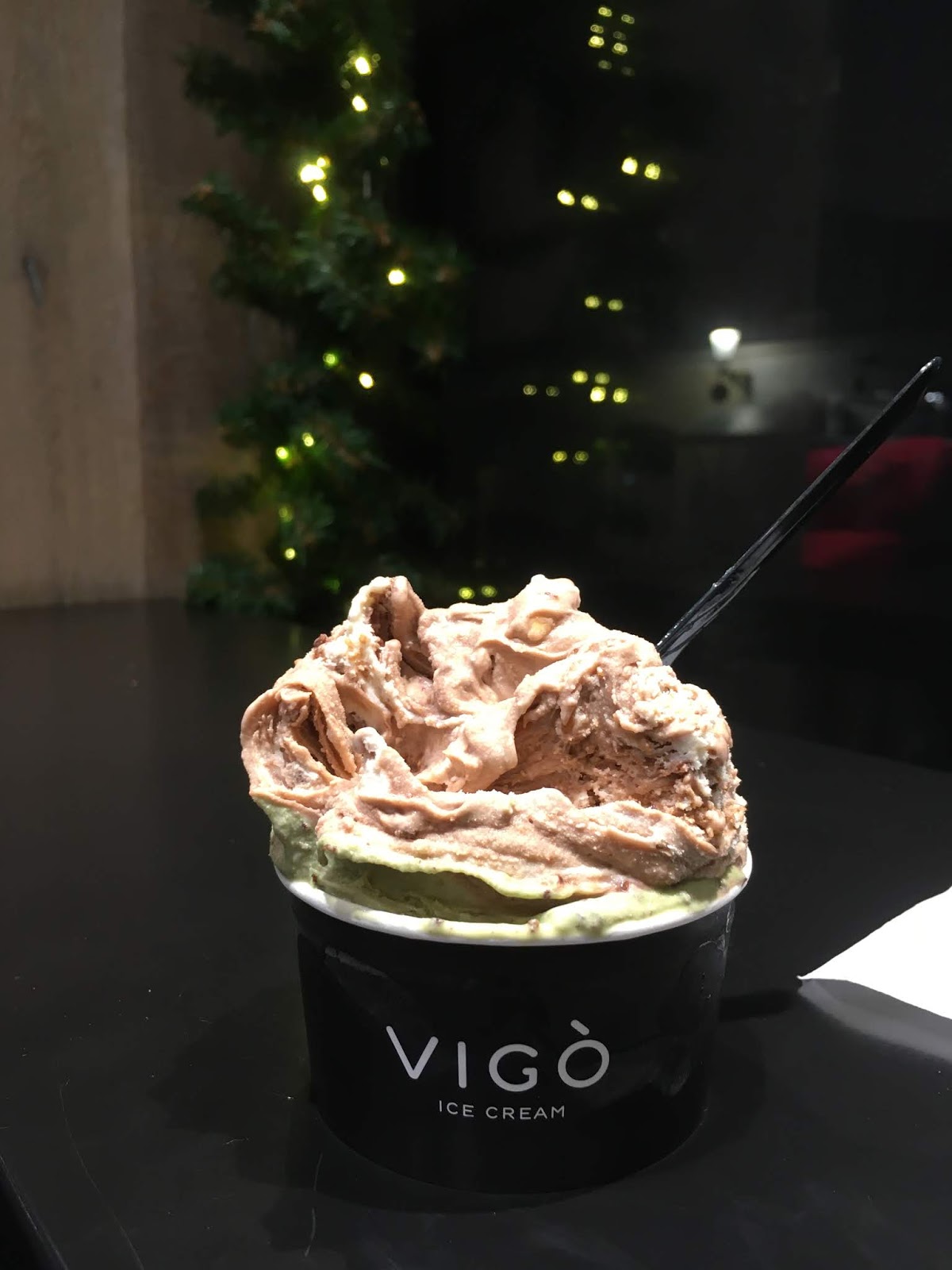 In the next episode we hop a train for Lake Bled.