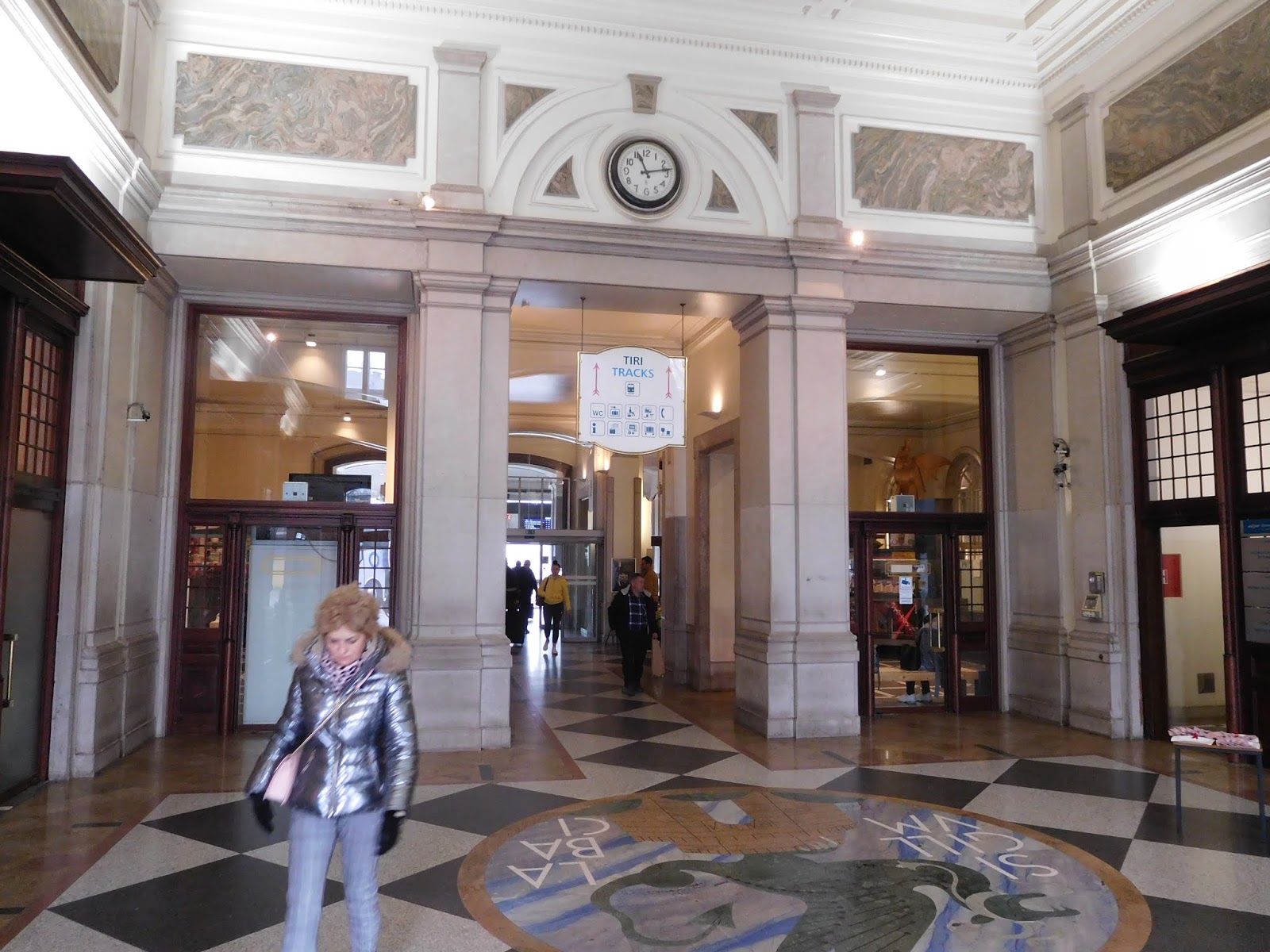 One of the bedrock, greatest-hits-variety stories from my Euro odysseys during the era of the 1980s is the tale of arriving Friday evening by train in Ljubljana and being greeted by scores of drunk young Slovenian army conscripts.

Diana is sick and tired of hearing me repeat the saga, so it will suffice to say that 32 years later, I was thrilled to revisit the scene. The station building dates to 1849 when the railroad from Vienna to Trieste was being completed.

I didn’t realize that since 2003 there has been a small commemorative plaque at the station honoring a migratory writer’s mistake.

These days it’s probably difficult getting away with spending the evening in a park. Not that I’ve ever done that sort of thing traveling … 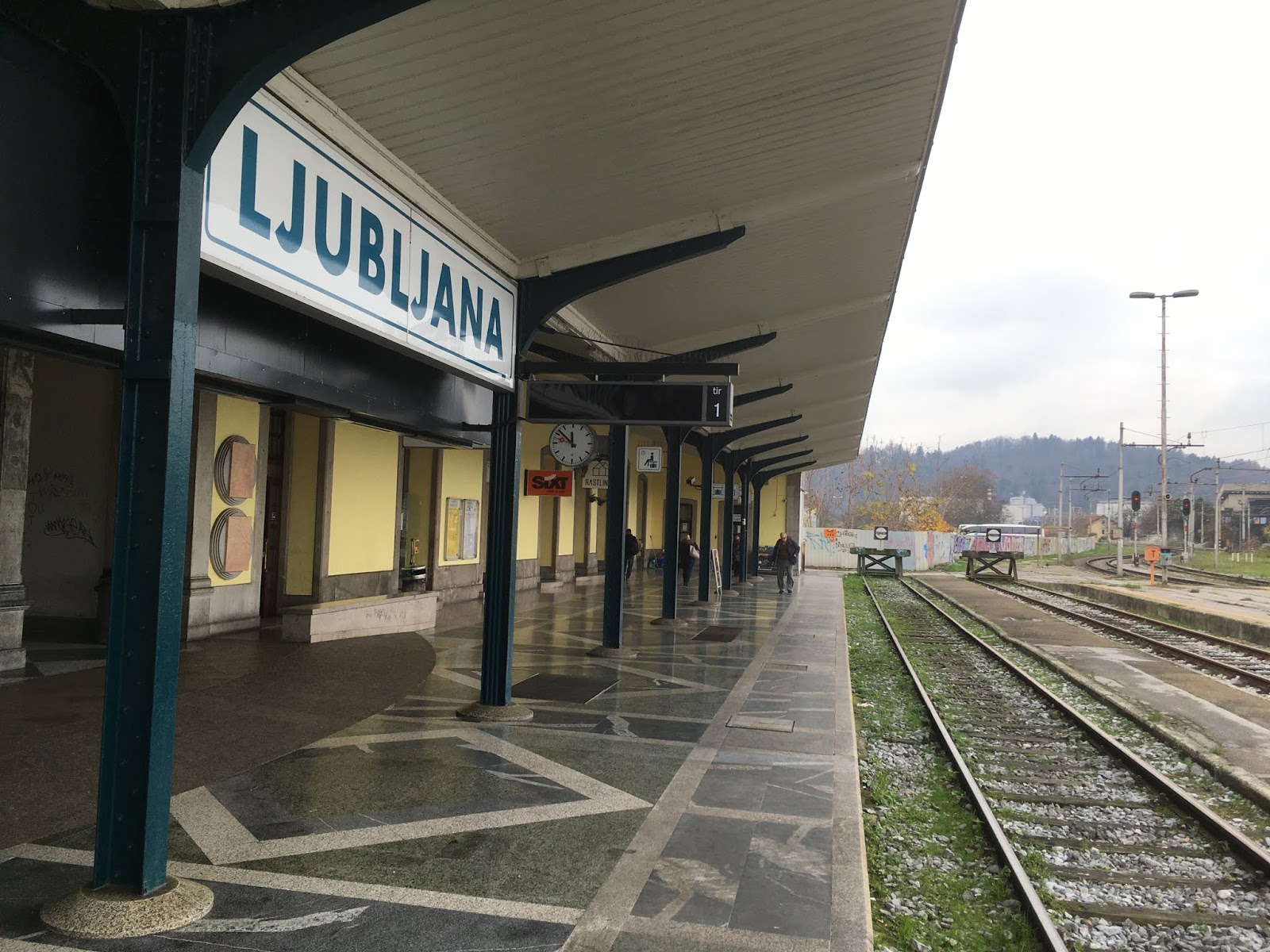 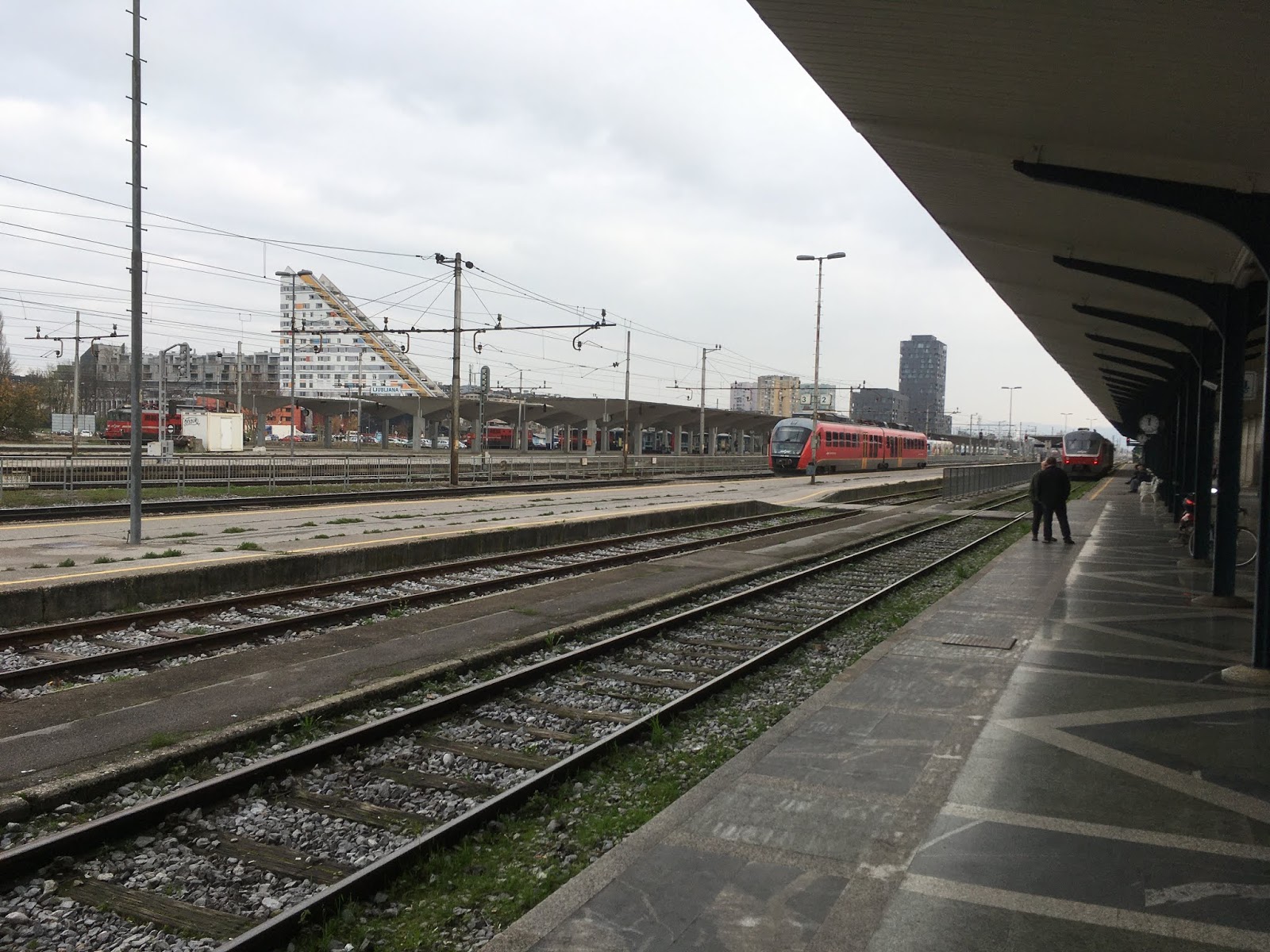 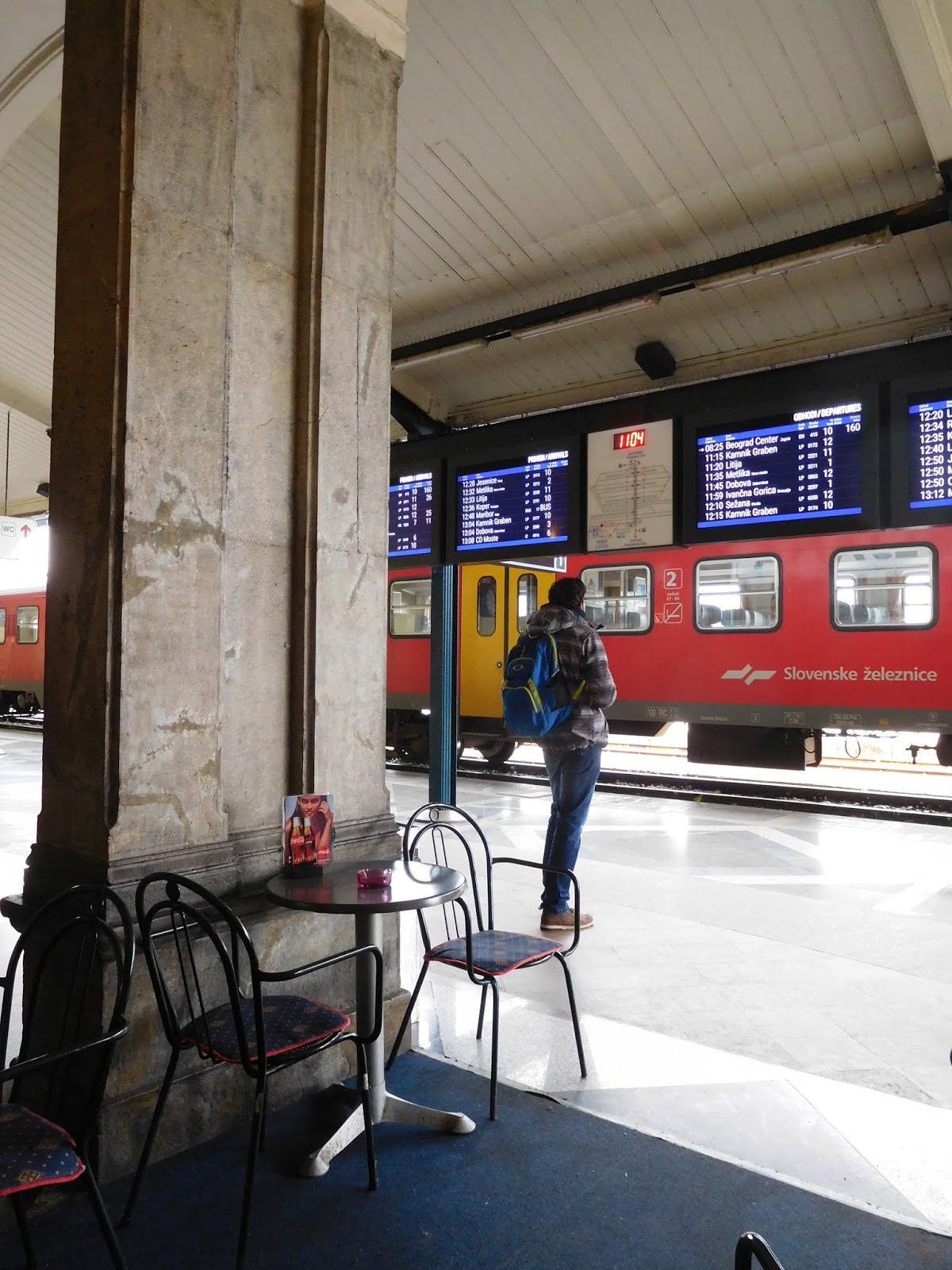 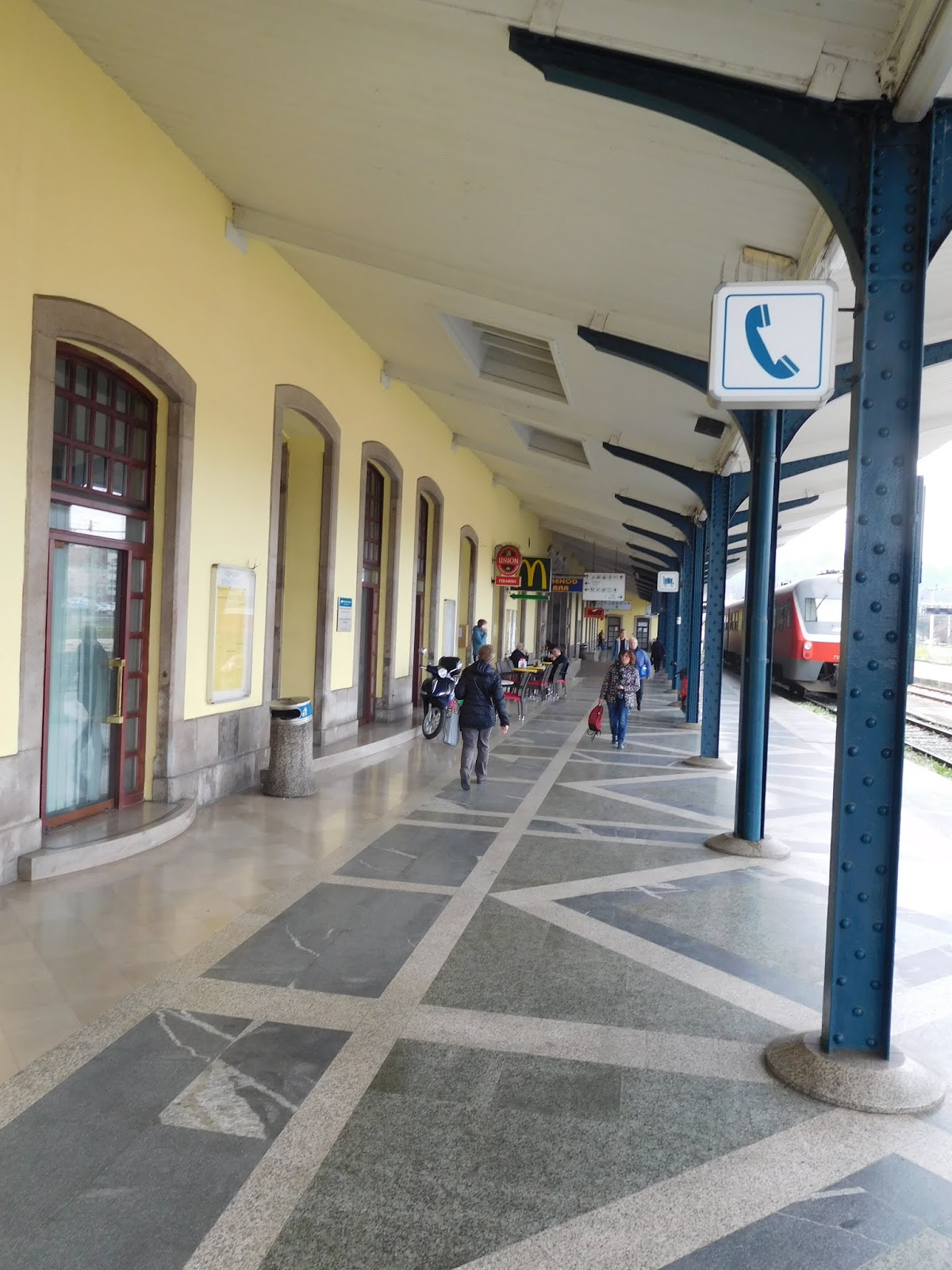 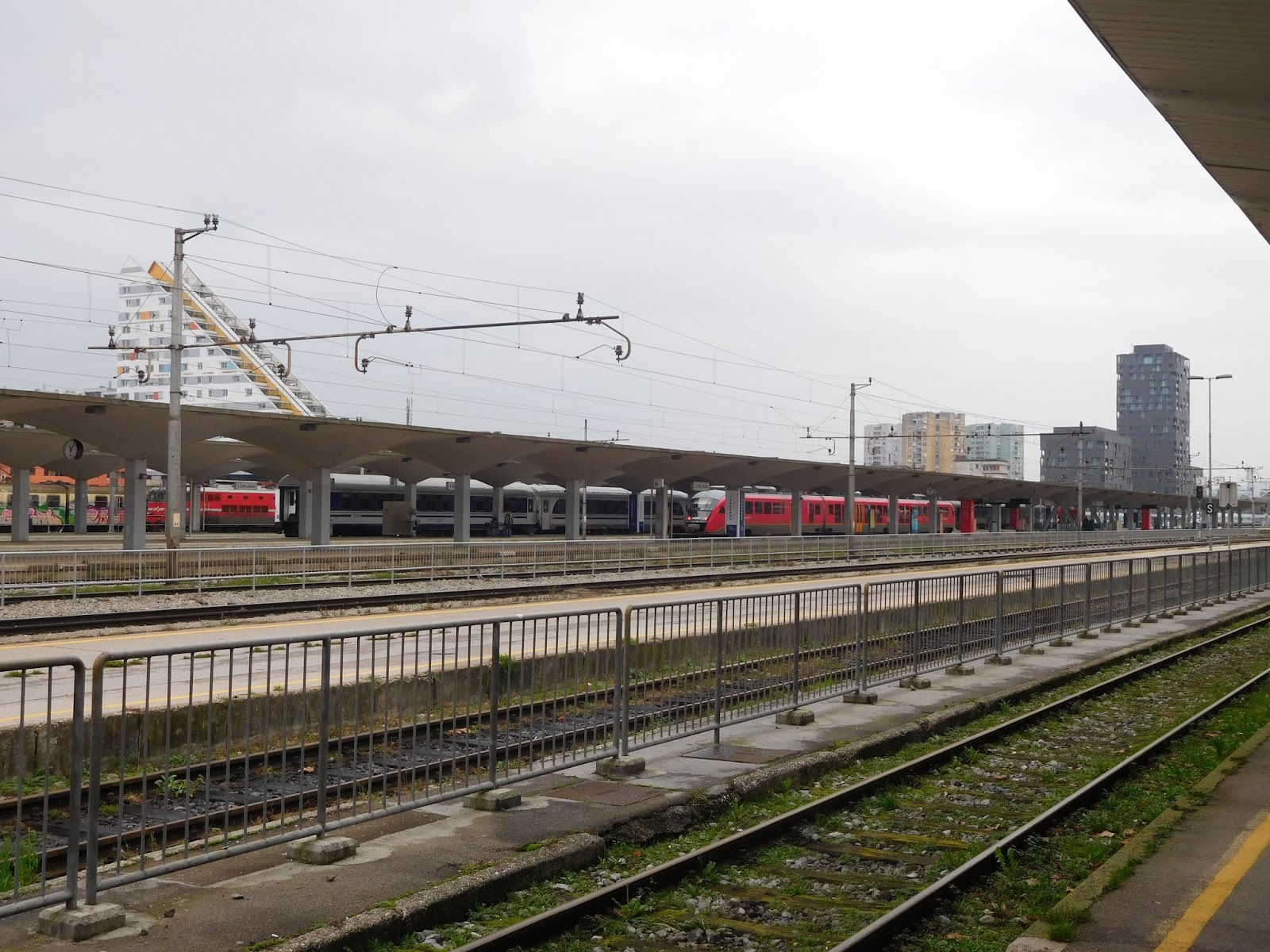 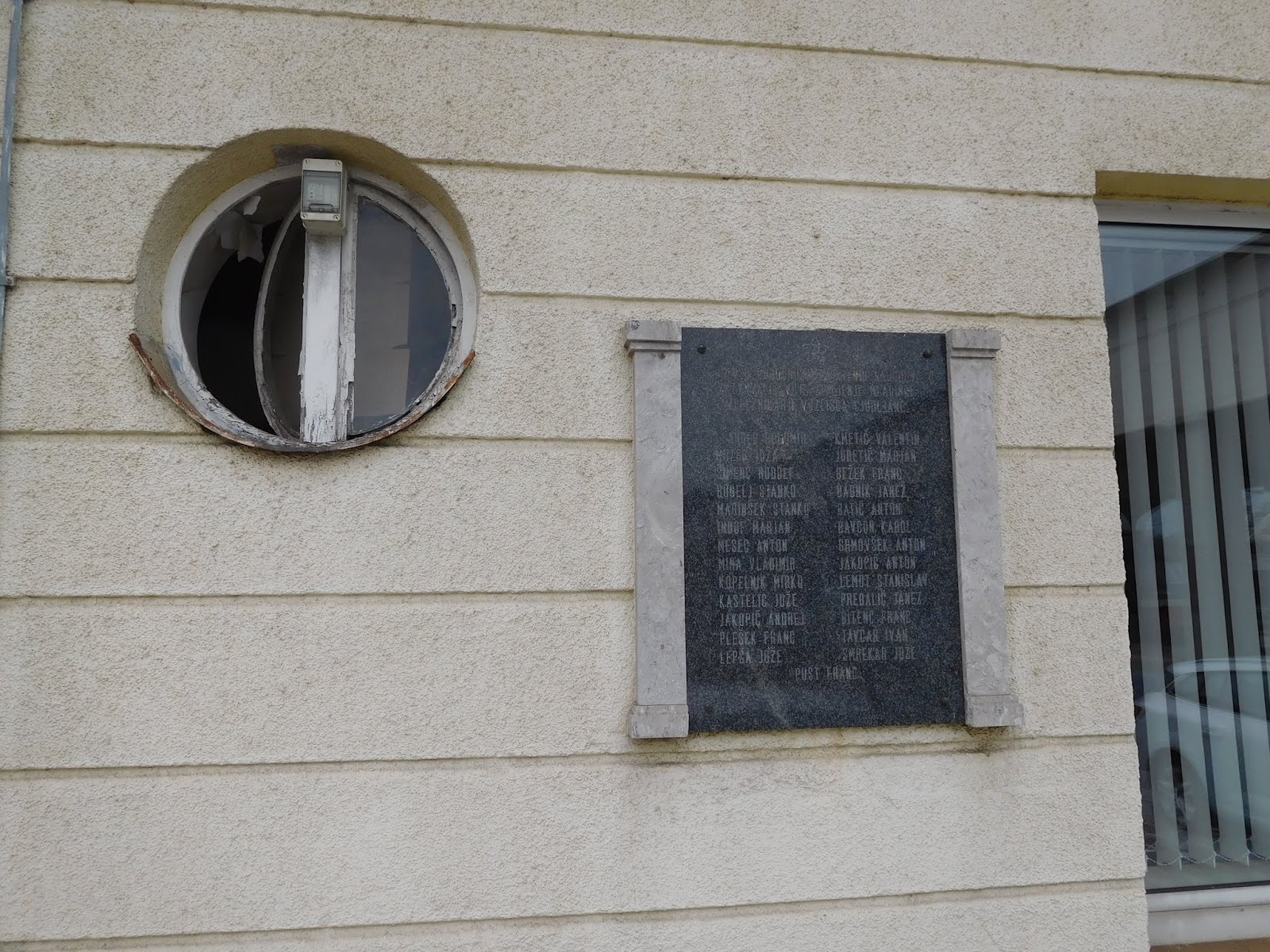 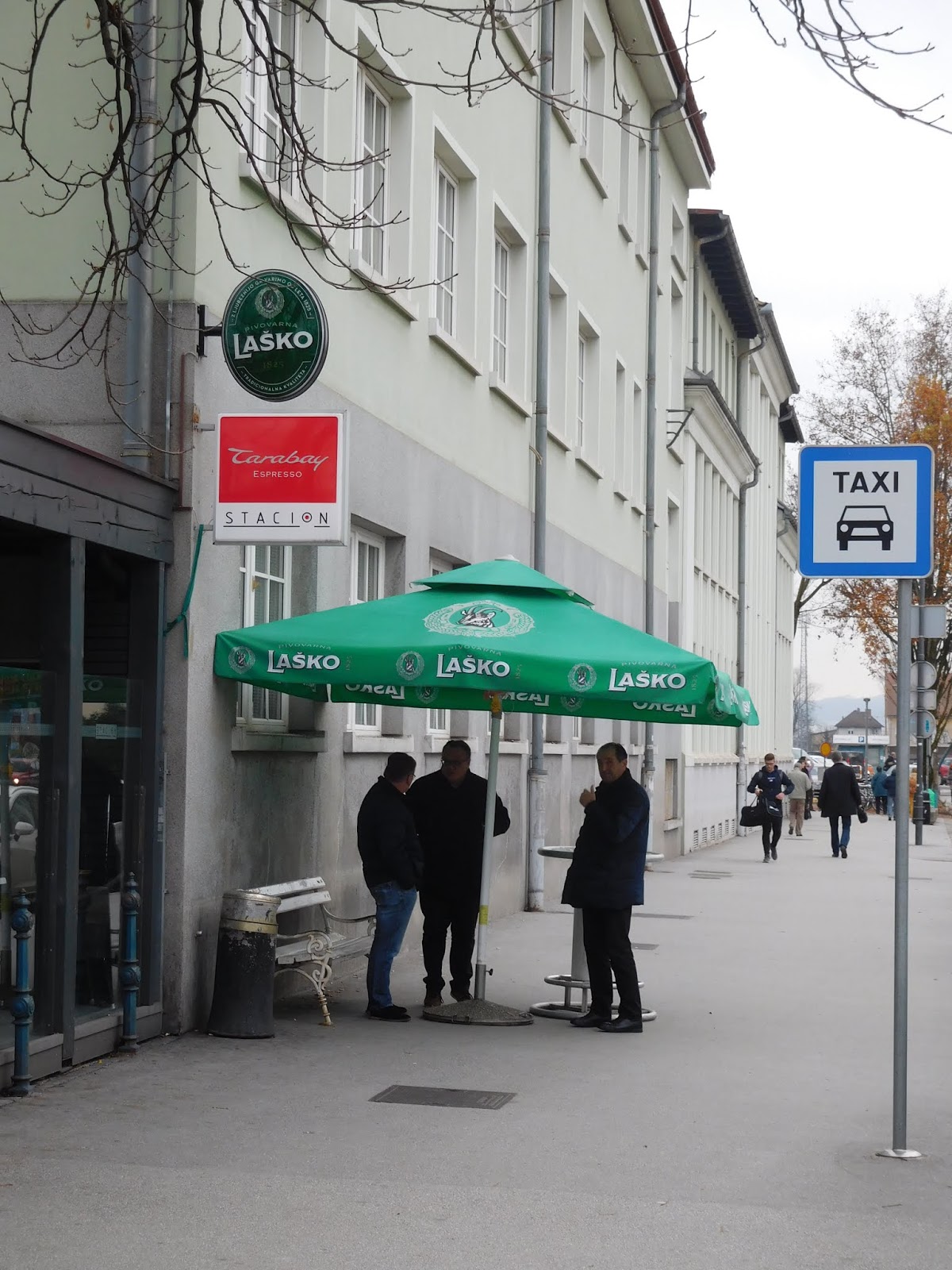 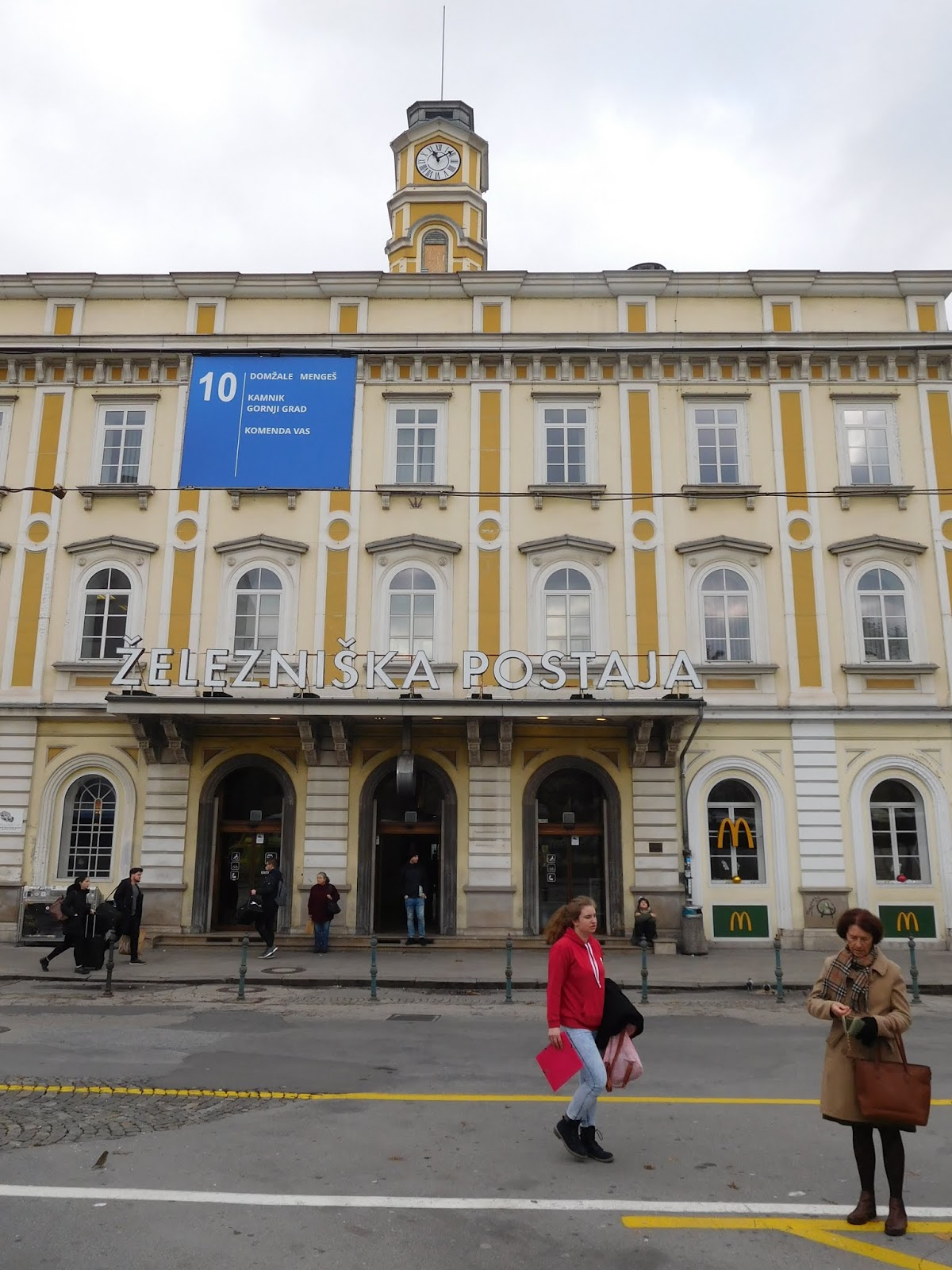 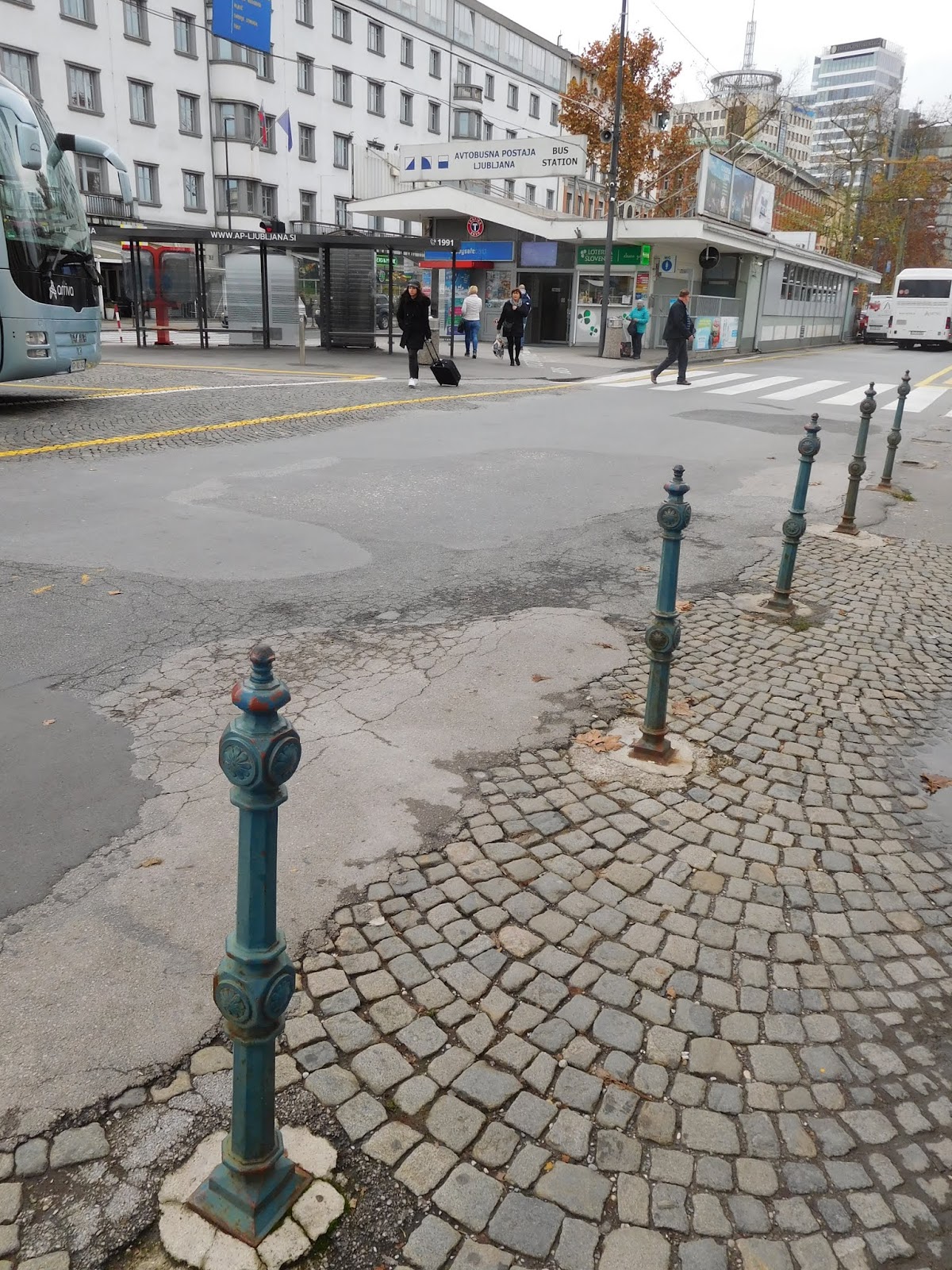 And so we were off to Lake Bled.