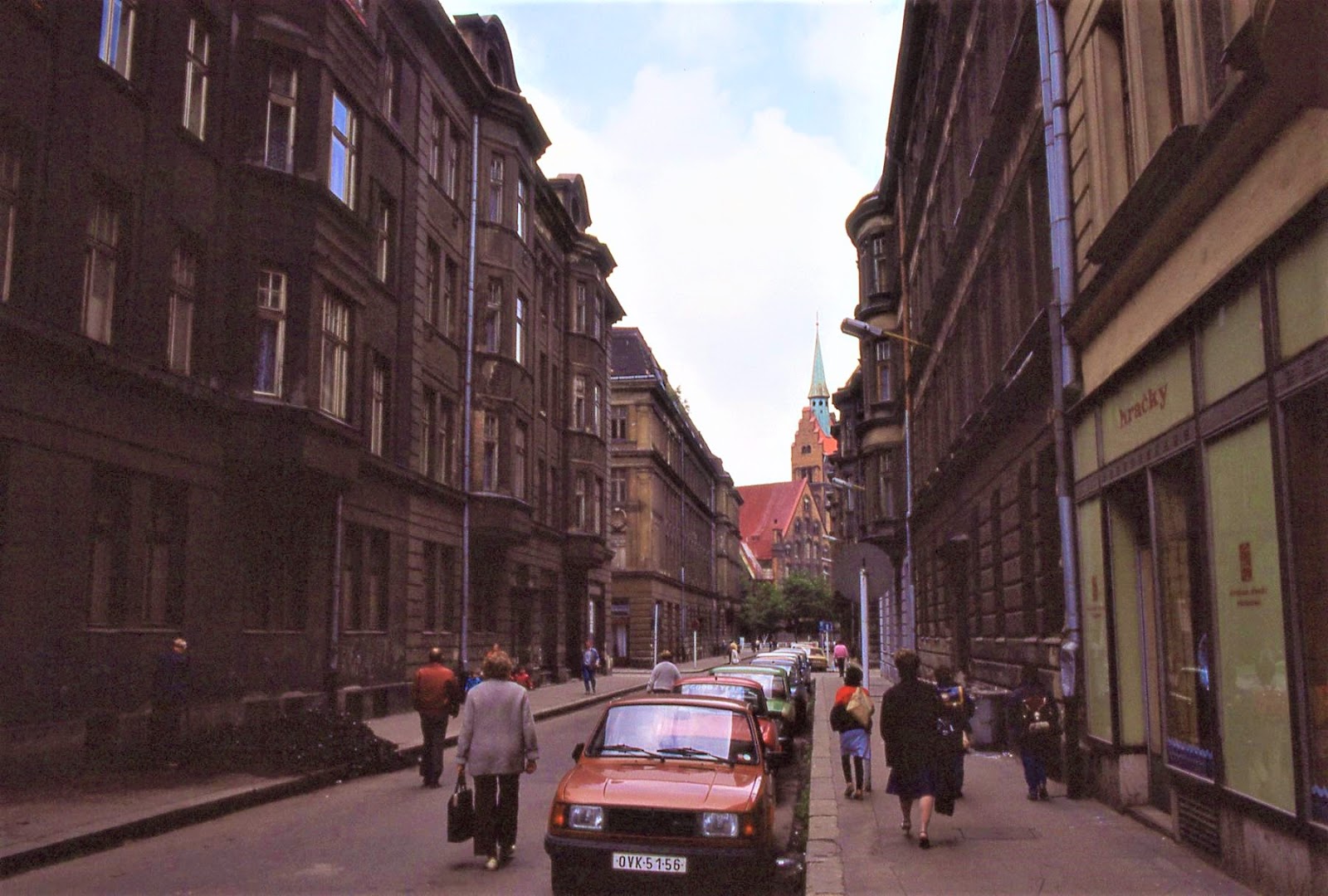 Having resolved to resume contact with my Czech acquaintance Ladislav in the post-Velvet Revolution, pre-Internet winter of 1989-90, I counted myself fortunate to still have his postal address. It had somehow survived unscathed when most of my belongings were stolen in Madrid the previous November. In January, I took pen in hand to congratulate him on the wonderful transformations in Czechoslovakia.

In those archaic times, mail could take ten days or more each way, back and forth across the Atlantic, and so it wasn’t overly alarming when no immediate response was forthcoming. Perhaps the seismic shift in Czechoslovakia had impacted the recovering country’s mail carriers, or more likely, Ladislav’s obvious connections to a now discredited ruling order were such that he wasn’t in a good position to answer.

Granted, there’d been almost no violence during a remarkably peaceful, orderly changeover in Czechoslovakia, hence the revolution’s “velvet” descriptive tag, and yet … who really knew? It was a long way off, scores were being settled in various ways, and communications were not instantaneous like today. Even phone calls could be difficult to place to a country where the totalitarian structure had routinely monitored them only a short time before.

Twice more in early 1990 I wrote to Ladislav, each time enclosing souvenirs from Indiana and Kentucky, including American beer coasters for use in his Tiki Bar, but still there was only silence in return. Soon an entire year had passed since our chat, and the usual stressors of everyday living gradually displaced the glories of my 1989 journey to Europe. Back into the workaday grind I sank, and memories of Ladislav grew increasingly dim.

One day in July, my roomie phoned to announce that the mail had included a letter from Czechoslovakia. Upon closer examination, the return address was mysterious, and the message inside, written by an English-speaking friend of Ladislav’s daughter from a small town near Ostrava, was unexpected.

She thanked me for the letters and gifts, but regretted to say that Ladislav had died of a heart attack, aged 65, in July – of 1989! Remarkably, his sudden death had come less than a month after I departed Ostrava for a wedding in Prague, and then to Moscow.

I was crestfallen to realize that he had been denied the chance to witness the change he’d been so sure was imminent. With sadness, I drove to Sportstime Pizza for a few rounds of Pilsner Urquell as an impromptu memorial.

Still reeling from the bad news, I arrived home the very next day to find yet another letter for me. This time it was a big manila envelope from an organization called Education for Democracy (EFD), and inside was the information I’d supposedly requested, which was fine, except I’d never, ever heard of EFD and assuredly had not asked for anything to be sent to me, but just the same, quite soon my heart was racing with excitement.

This unsolicited letter described the outline of an unprecedented opportunity for Americans to volunteer for placement in Czechoslovakia as conversational English instructors. No licenses or credentials were required, although previous teaching experience of any sort was a plus. It was a development made possible by the cooperation of American and Czech academics, who sought to take advantage of the Velvet Revolution’s opening by bringing people together … to learn and speak English.

The words, the ideas, the sentiments – all of it had been discussed with Ladislav that night at the Tiki Bar in Ostrava, with shots of Havana Club in hand. Now with the providential mailing spread before me on the table, my immediate reaction was to thank Ladislav profusely for referring me to the organization, and yet there was a small, nagging problem: He was dead.

Not only was he dead, but he had died five months before the abrupt success of the Velvet Revolution made the EFD program and others like it possible. He could not have known, and yet there was no rational explanation for the unsolicited mailing. It made me pause. I’m not the sort to believe in ghosts, but there are exceptions for everything, and this one handily fit the bill.

My lethargy jolted, I wrote back to Ladislav’s daughter, thanking her for telling me about his death, and then phoned the EFD office (in Mobile, Alabama, of all places) to put my name on the list. Planning immediately began for teaching English in Czechoslovakia in 1991. It was to be the fruition of a dream for me, and in my addled mind, albeit irrationally, I knew Ladislav was the man to thank for it.

In the end, rationality was restored, in the form of a telephone call a week or so later from a Floridian with whom I’d stayed in touch after we traveled together in a group to the USSR in 1987.

A teacher himself, he remembered that I’d been a substitute and had an interest in the East Bloc, and when he caught wind of the EFD program’s advent, he’d taken it on himself to send the organizers my address. In turn, they’d forwarded me the manila envelope, and its arrival a day after learning of Ladislav’s passing was a mere coincidence, nothing more.

But as you can imagine, it always will be more than a simple fluke to me. These events rekindled my fighting spirit, and for the following twelve months, working two jobs and saving as much money as possible, an expedition took shape.

In early September, 1991, I was on the ground in Košice, the second largest city in what now is independent Slovakia, almost the farthest point east in what was then Czechoslovakia, and a very long way from both Prague and Ostrava. My assignment was to teach English to medical personnel in the city’s university hospital.

And so, Ladislav, here’s a tipple to your memory. It’s a shame you didn’t live to see it, but the plot worked out just the way you predicted.

(This story was originally published in October, 2011. This winter I’ll be digitizing the slides from the time of the teaching gig in Košice)

November 7: ON THE AVENUES: Pay attention, students, because voter turnout went UP in New Albany.