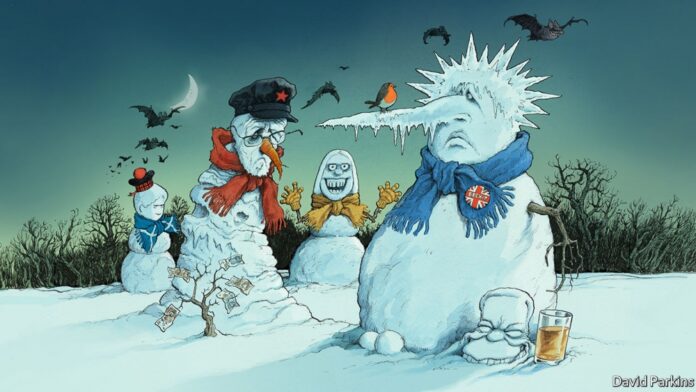 I was asked, “How is Donald Trump viewed throughout your travels?”

To be honest, it didn’t come up.

There were instances of anti-Trump in graffiti-rich Ljubljana, and a couple of folks in Slovenia mentioned Melania Trump, born in 1970 during Yugoslav times in the Slovenian city of Novo Mesto (near the border with Croatia). She grew up in a town called Sevnica and began her modeling career prior to Slovenia’s independence in 1991.

It’s worth noting that had Melanija Knavs grown up in any of the other communist countries in east-central Europe where the orthodoxy was more rigid than Yugoslavia’s relatively less restrictive Titoist variety, she probably wouldn’t have had a head start in the late 1980s. Interestingly, her father was a member of Slovenia’s atheistic League of Communists, but had his children secretly baptized Catholic.

In short, I find the institution of “First Lady” very strange, and Melania far more interesting than Donald, but to each their own.

Meanwhile in Great Britain, a dismal election campaign is about to conclude, and The Economist is flustered. The Liberal Democrats won’t win, and yet consider the possibilities for lesser parties in a parliamentary system to influence the outcome, an option we’re denied by the American fixation with a two-party system that exists nowhere in any statutory or constitutional sense.

That’s why I detest the two-party system more than any single representative of it, including Trump — and yes, I’d almost surely vote Labour.

Our election endorsement: Britain’s nightmare before Christmas … A divided country faces an election that will tear it still further apart (The Economist)

British voters keep being called to the polls—and each time the options before them are worse. Labour and the Conservatives, once parties of the centre-left and -right, have steadily grown further apart in the three elections of the past four years. Next week voters face their starkest choice yet, between Boris Johnson, whose Tories promise a hard Brexit, and Jeremy Corbyn, whose Labour Party plans to “rewrite the rules of the economy” along radical socialist lines. Mr Johnson runs the most unpopular new government on record; Mr Corbyn is the most unpopular leader of the opposition. On Friday the 13th, unlucky Britons will wake to find one of these horrors in charge …