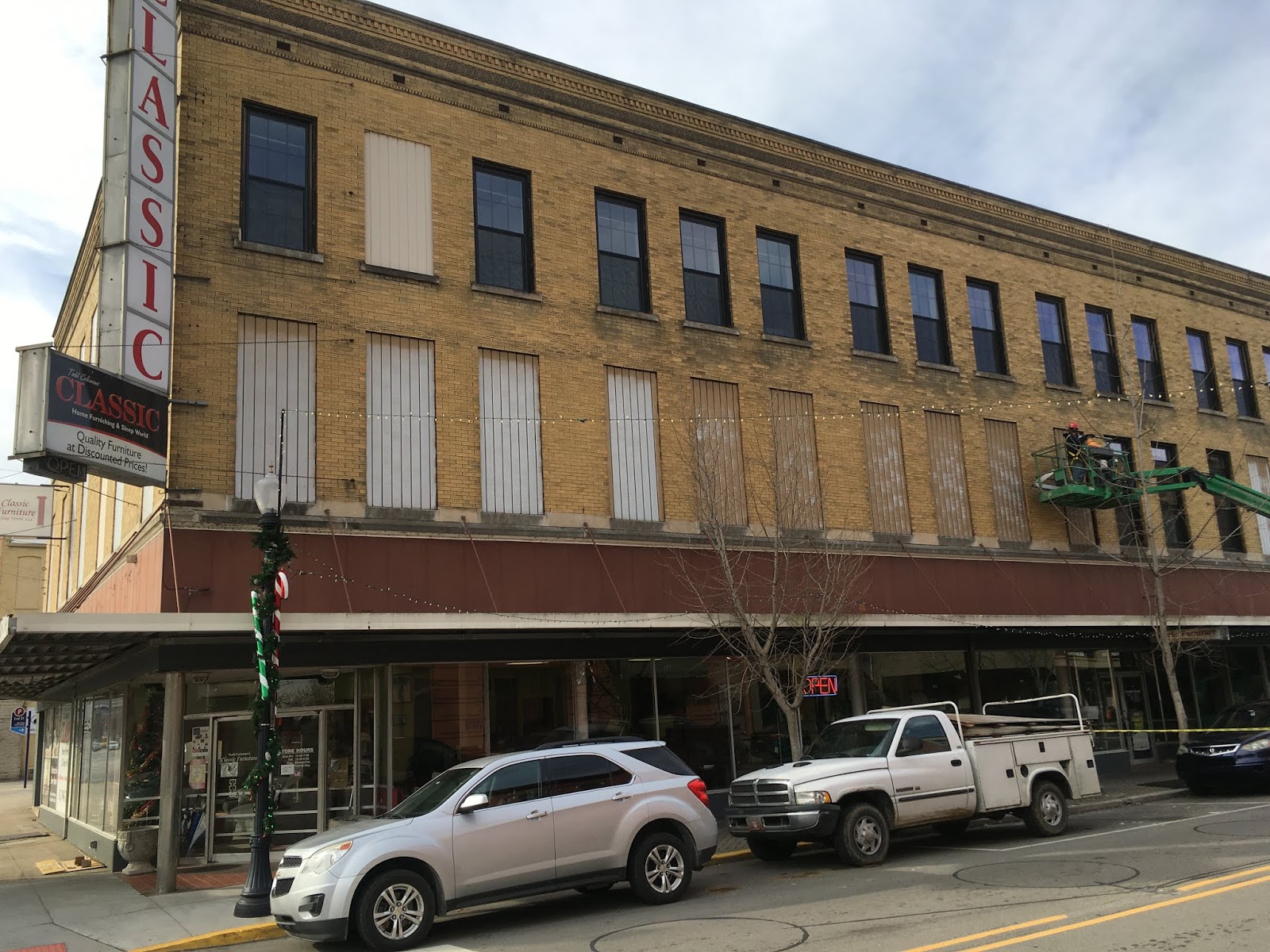 Until the past two days, all the work had taken place inside. The contractors hired by Todd Coleman to install windows couldn’t proceed until interior walls previously erected in front of the windows were torn out. Those are being remodeled, too.

On Friday afternoon workers were peeling away the ancient outdoor covers to reveal the new windows. 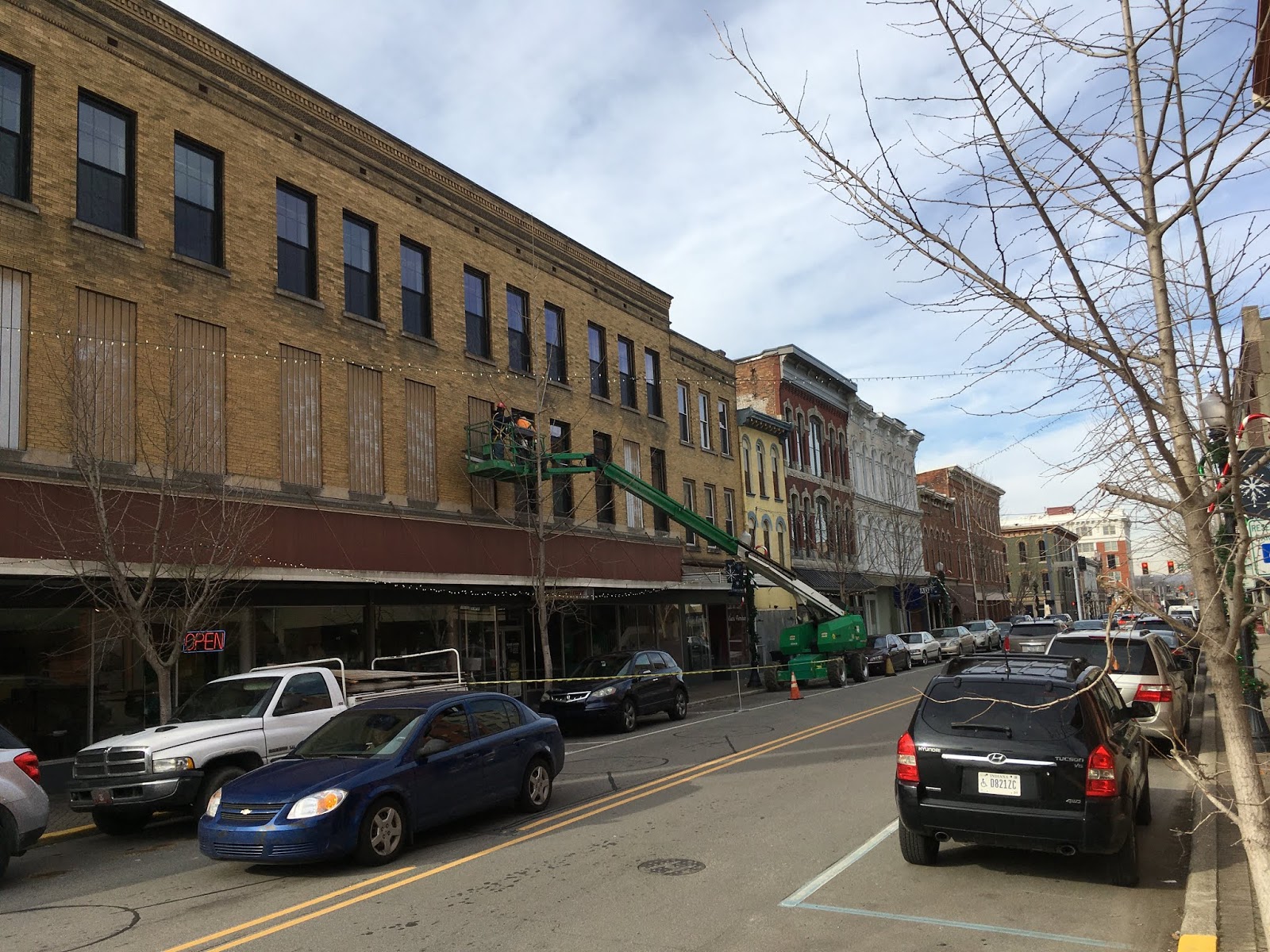 Todd told me that on top of the grants made possible by the Horseshoe/Caesar Foundation, he’s already spent close to a quarter million of his own dollars remodeling his properties here and on the corner of State and Market. He’s also working on the building adjacent to the White House Center, and will tackle the smaller structure at 311 Pearl Street early next year. 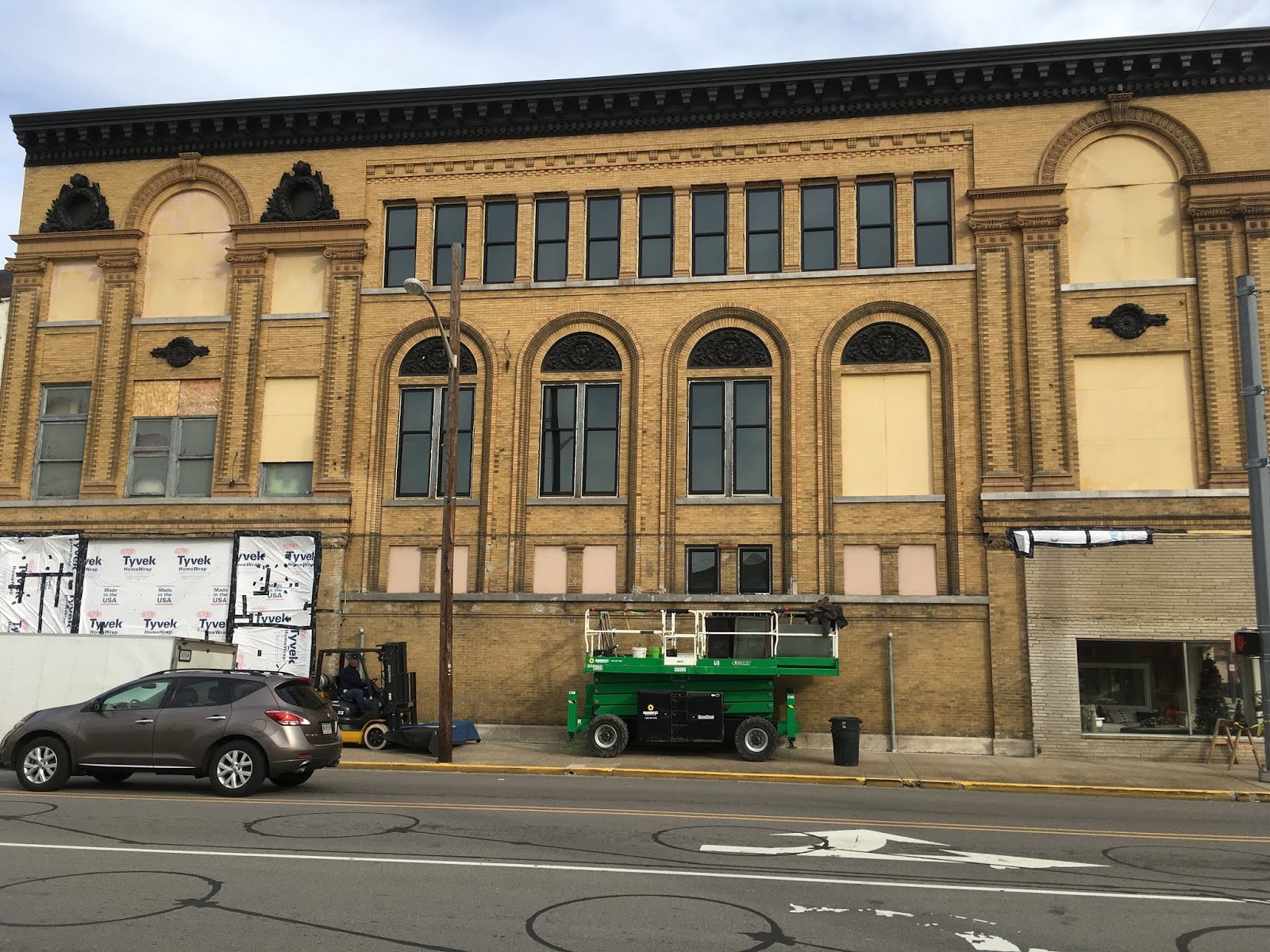 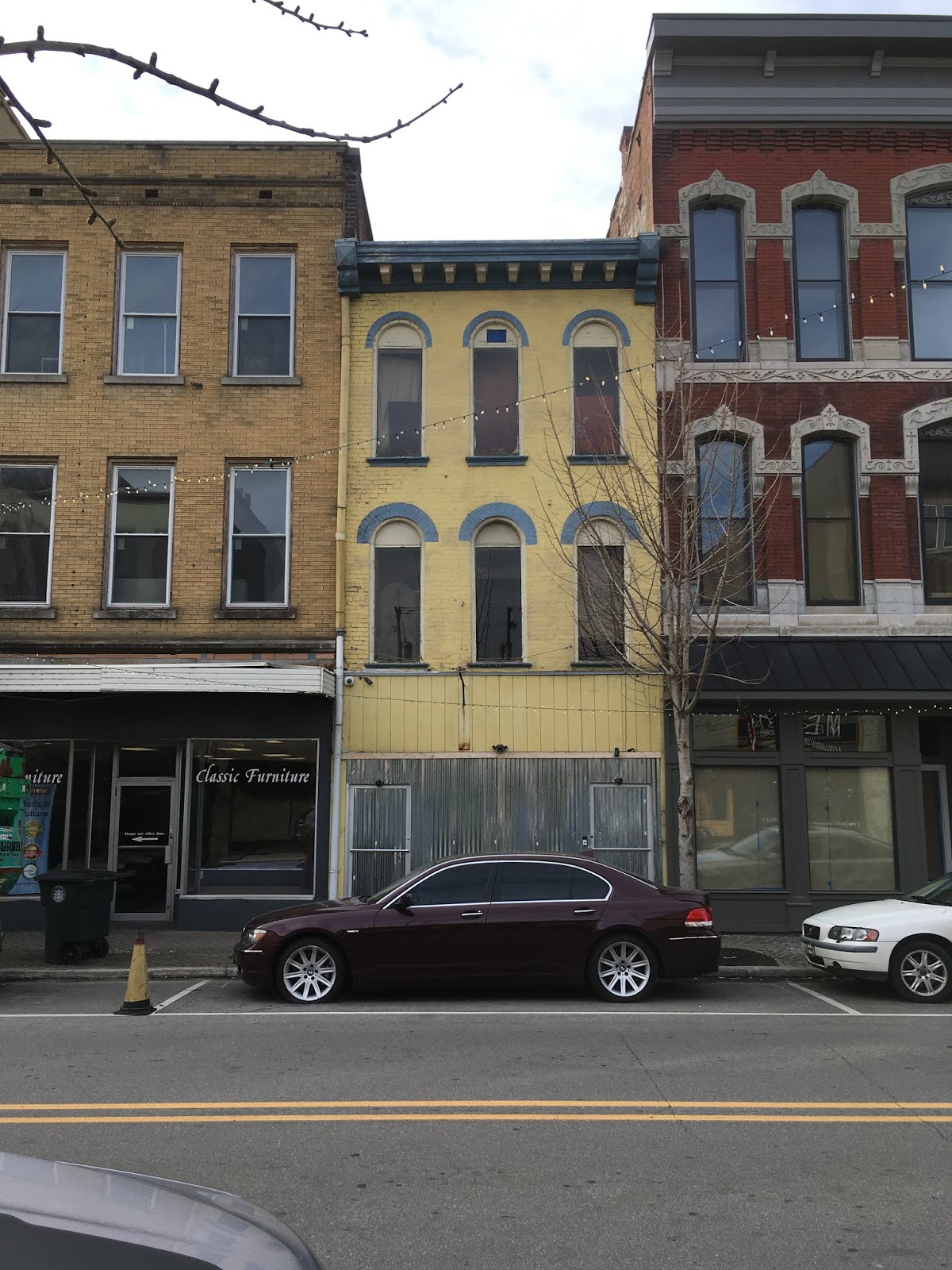 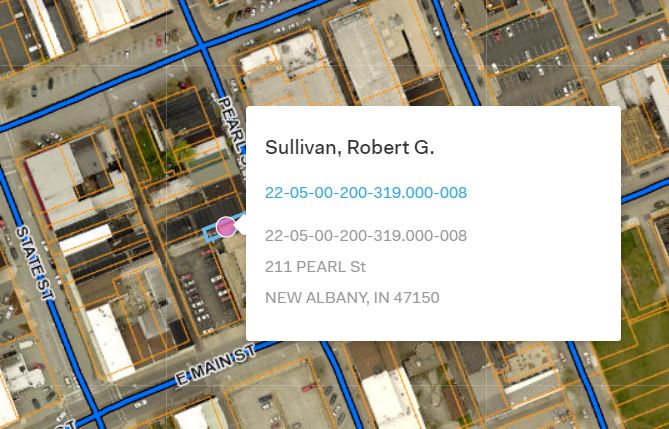 Is he related to Bill Allen?