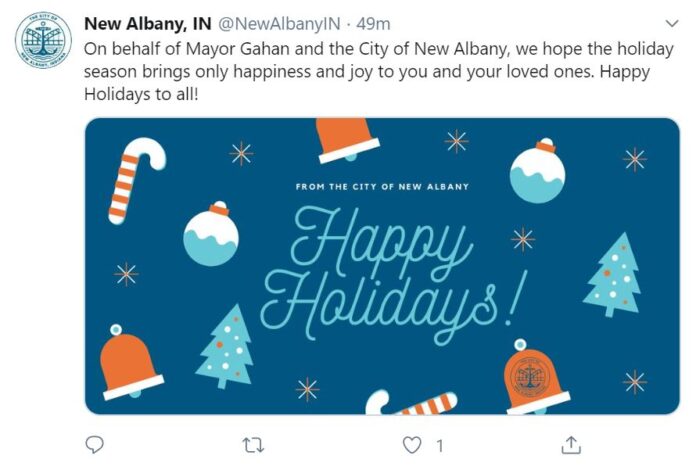 It’s widely understood that the cities of New Albany and Jeffersonville outsource their social media feeds to an autonomous contractor, ProMedia.

The exact amounts of their expenditure remains hidden, but wouldn’t you like to know how much daily propaganda actually costs these days? 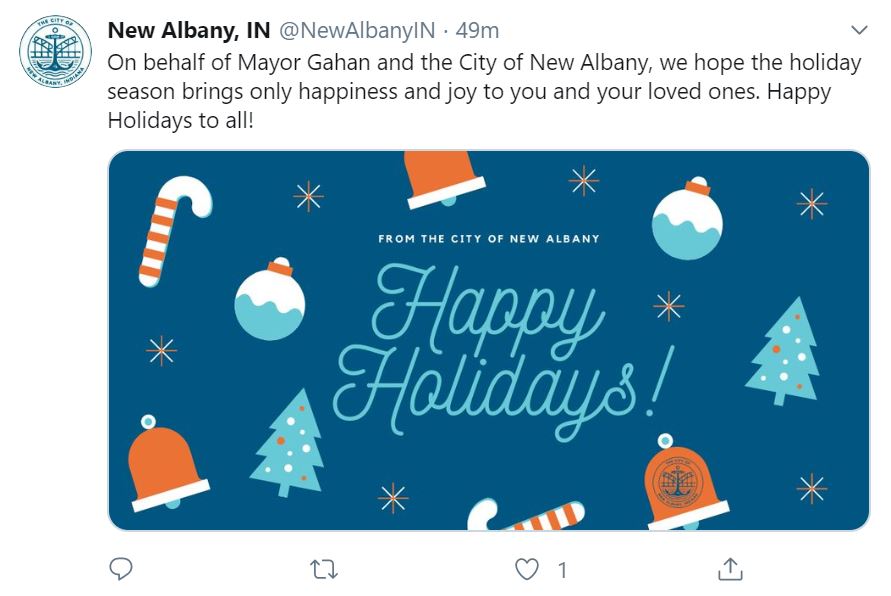 Meanwhile in Jeffersonville, Mike Moore apparently has zero diversity enhancement f*cks to give, and instead grows straight for the Christian jugular. 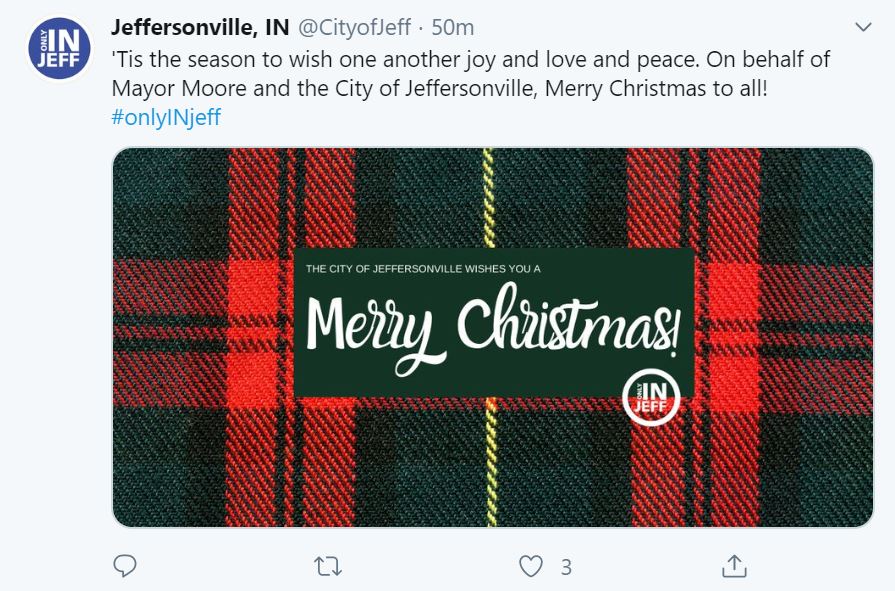 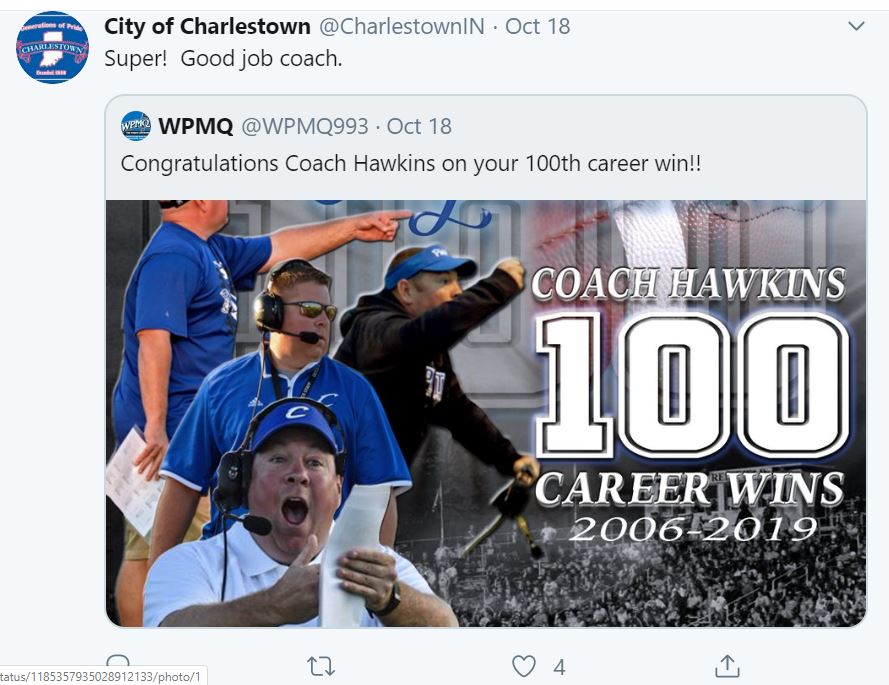 That’s right. The most recent post was October 18. Did Bob Hall take the password with him as he was clearing out his desk?