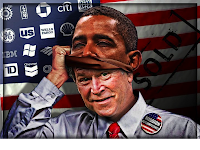 As in all such matters, we begin by noting that individuals serving in the military don’t choose the rationale for their deployment. This is done by political figures for various reasons, few of them involving integrity. So it has been, and so it shall remain, at least until “we the people” have the gumption to think about it.

Donald Trump’s rant against Iran is the howl of a dying empire, by Simon Jenkins (The Guardian)

As the president slurred ritualised abuse of Iran and pleas to Nato, we saw the US’s days as world hegemon dribbling away

… All empires outstay their declared purpose, let alone their welcome. All end messily – the operative word is all – be they Roman, Napoleonic, British or Soviet. All are vanquished not by superior power, but by self-delusion and geography. The British empire had neither the right nor the need to invade far-flung parts of Asia and Africa. It was defeated by them. The US has claimed the right to intervene in theatres as diverse as South America, the far east, east Africa and a portfolio of Muslim states. Justification varies from retaliation and deterrence to “self-defence” and the instilling of democracy.

The US’s intentions have often been noble, but good intentions camouflage power projection. When your drones can kill anyone anywhere, the temptation is insuperable. If you think you can police the world from a bunker in Nevada, why not try?

Trump’s instinct was once that of a classic American isolationist. As he reiterated to Congress last February, “Great nations do not fight endless wars … the hour has come to at least try for peace.” He was announcing withdrawal from Syria and more tentatively from Afghanistan. Yet he is still there. The US is fighting six wars – also in Iraq, Yemen, Somalia and Libya. None has any conceivable relevance to its own security.

Imperialism sticks to politics like glue. Even as common sense screams withdrawal, staying offers the populist an opportunity for glory.

Twenty years of western interventions in the Muslim world have rested on two falsehoods. One is that terrorism poses an existential threat to western democracies, grotesquely underrating their inherent stability. The other is that intervention can remedy such a threat, can enforce obedience and even democracy on victim states … the issue now is not whether we can any longer plant the flowers of democracy in fields we have drenched in blood. It is how to get the hell out. The sight of Trump ranting against Iran and inflicting on it yet further sanctions was like the final scene of a tragic opera. He seemed a man trapped.

Two American presidents played a significant role in the demise of British imperialism. Franklin D Roosevelt told Winston Churchill that the US’s involvement in the second world war was strictly on condition that Britain dissolved its empire. The US would not defend it. John Foster Dulles, who was later US secretary of state, said in 1945 that his was “the first colony to have won independence” from Britain, and it expected others to follow. This advice was fiercely echoed in 1956 by Dwight D Eisenhower, appalled at Britain’s invasion of Suez.

Iraqi politicians this week joined the anti-imperial cause by demanding that American forces be withdrawn from their soil. All Trump could do was refuse, despite having previously pledged to do just that. Even in its hour of insecurity, 17 years of American occupation had left Iraq just desperate for it to end. It knows it must live at peace with its powerful neighbour, Iran, and this requires it to be no longer to be a tool of American presidential machismo. Likewise Afghanistan must find its own accommodation with the Taliban and with its neighbour, Pakistan …