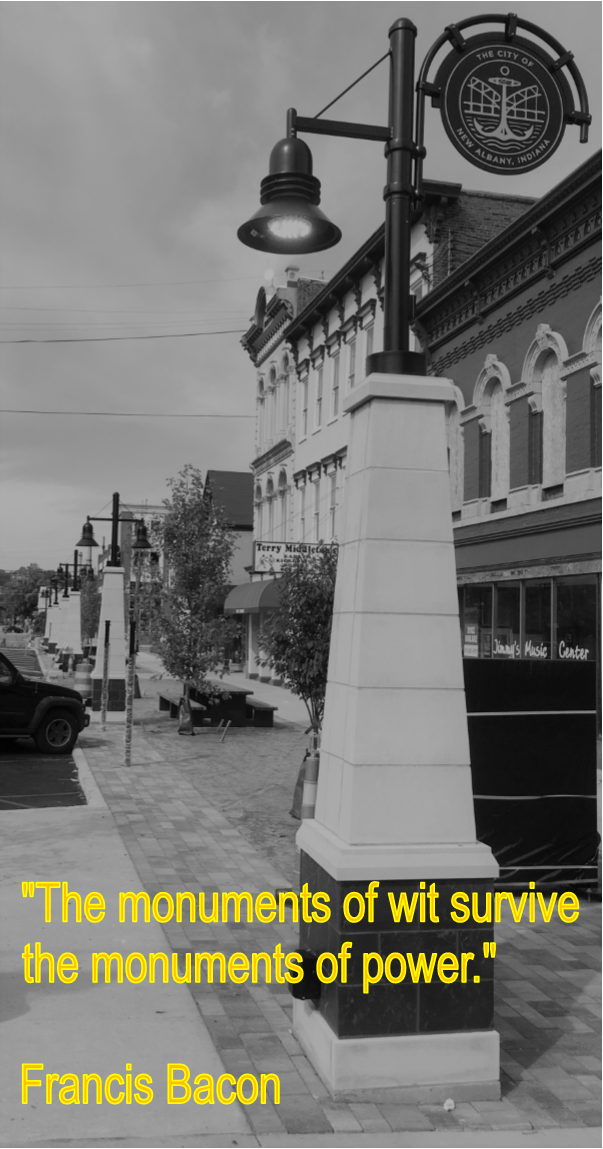 “If they don’t adjust their priorities to match the urgency of the crises they’ve identified, mayors might have no one to blame for stalled progress but themselves.”

I attended yesterday’s DNA-sponsored merchant meeting, the first such gathering of 2020.

The meeting lasted an hour, during which there was no mention whatever of the impending (2021) Sherman Minton Bridge repair-mandated adjustments — lane and ramp closures and the like — that stand to have a disruptive impact on downtown specifically, and in more general terms the city as a whole.

Does Team Gahan have a secret plan for the 11th Hour?

If not, or even if so, shouldn’t this be something we’re planning for? Or is participatory “infrastructure” of this sort simply not a priority in Nawbany?

U.S. Mayors Say Infrastructure Is a Priority. But What Kind?

The Menino Survey of Mayors identifies priorities like infrastructure, traffic safety, and climate change. But many mayors aren’t eager to challenge the status quo.

… Generally, pedestrian and cyclist safety was prioritized by many mayors—a reflection, perhaps, of the limited progress most U.S. cities are making on their efforts to reduce traffic-related injuries. New research shows that even as being a car passenger is getting safer, being a pedestrian is becoming more dangerous. Still, “majorities of mayors rate travel in their city as safe for all of the groups we asked about,” and only 22 percent of mayors ranked “pedestrian friendliness” as a top infrastructure priority, while 66 percent listed “roads.” Democratic mayors did full-throatedly commit to sacrificing car lanes and parking spaces to bike lanes, with 92 percent on board compared to Republicans’ 34 percent—a partisan divide that’s ballooned 30 points since the survey’s 2015 edition.

Vision Zero, the global movement to dramatically reduce pedestrian fatalities, may be a hot topic in transportation circles but it’s not exactly a national priority in America’s city halls: It’s tied for seventh place (with “lighting”) on a list of what’s been most important for pedestrian safety improvements. Based on CityLab research showing that Vision Zero efforts aren’t paying off fast enough in some of the U.S.’s largest participants, perhaps that shouldn’t be surprising. As for other traffic safety measures, most mayors think their cities are doing enough. Despite global efforts to drop vehicle speeds inside cities, nearly three-quarters of mayors surveyed thought their speed limits were set at the “right level,” while only 15 percent thought they were set too high.