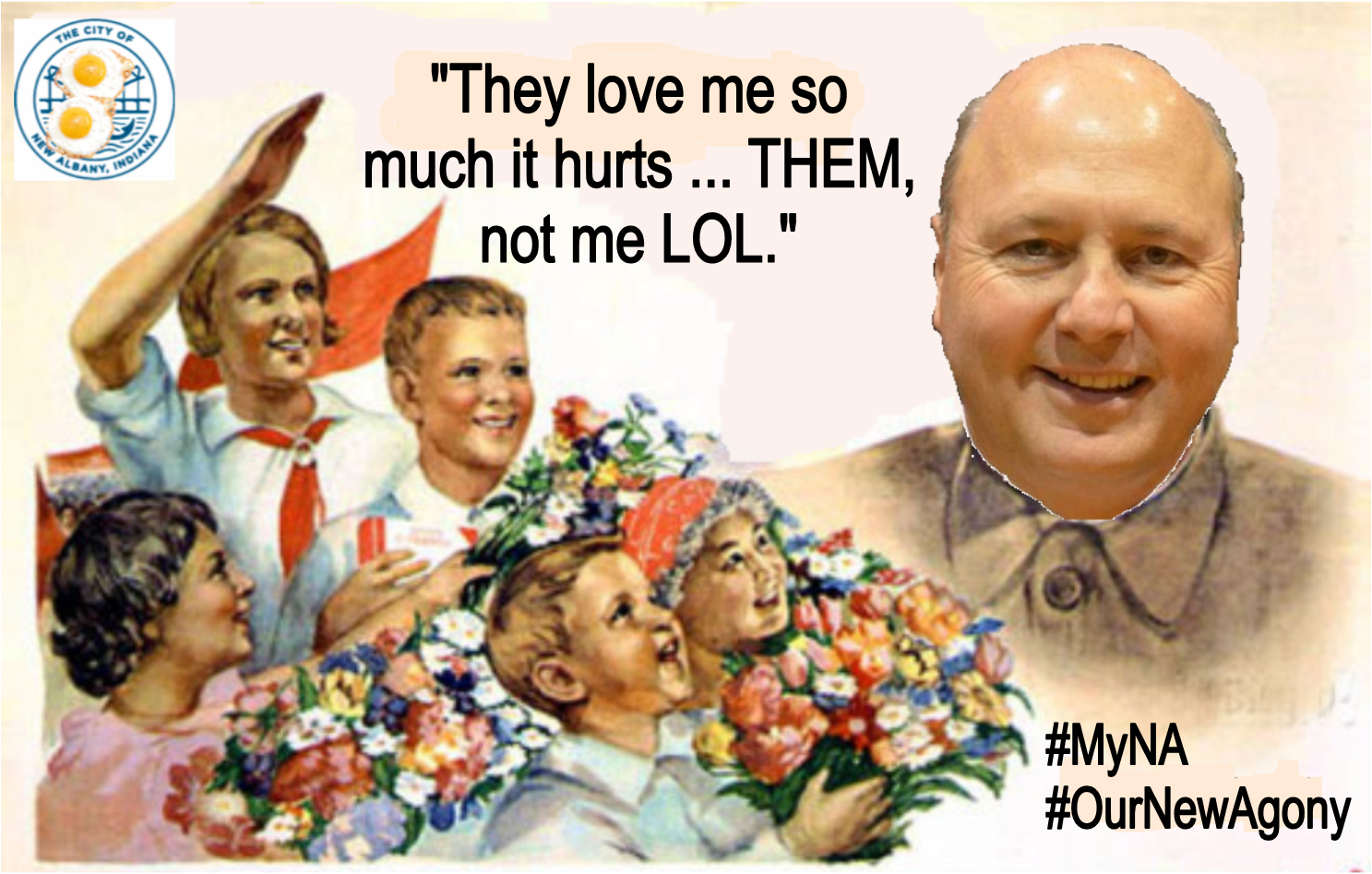 Maybe I’ve been mistaken, and Jeff Gahan really isn’t a tinhorn small-pond dictator after all.

What if language is exactly what the ogres have mastered, and bad people tend to have a better command of language than good ones, who are often tongue-tied in the face of the world’s complexities? What if the tragedies of tyranny were, in the first instance, tragedies of eloquence misapplied—of language used for evil ends, but used well? … (after all) the worst dictators tend to be the most enthusiastic readers and writers.

So much for my previous theories, seeing as Gahan won’t ever be confused with a reader or a writer. Perhaps “mob boss” works better.

Meanwhile Gopnik reviews Frank Dikötter’s new book, How to Be a Dictator: The Cult of Personality in the Twentieth Century, also discussing The Infernal Library: On Dictators, the Books They Wrote, and Other Catastrophes of Literacy, a recent book by Daniel Kalder.

THE FIELD GUIDE TO TYRANNY, by Adam Gopnik (New Yorker)

Dictators tend to share the same ugly manner because all seek the same effect: not charm but intimidation.

… Each dictator’s life is offered with neat, mordant compression. Dikötter’s originality is that he counts crimes against civilization alongside crimes against humanity. Stalin is indicted for having more than 1.5 million people interrogated, tortured, and, in many cases, executed. (“At the campaign’s height in 1937 and 1938 the execution rate was roughly a thousand per day,” Dikötter writes.) But Stalin is also held responsible for a nightmarish cultural degradation that occurred at the same time—the insistence on replacing art with political instruction, and with the cult of the Leader, whose name was stamped on every possible surface. As one German historian notes, you could praise Stalin “during a meeting in the Stalin House of Culture of the Stalin Factory on Stalin Square in the city of Stalinsk.” This black comedy of egotism could be found even among neo-Stalinist dictators of far later date. In 1985, Nicolae Ceauşescu, Romania’s Communist leader, ordered up such television programs as “The Nicolae Ceauşescu Era” and “Science During the Nicolae Ceauşescu Epoch.” By law, his portrait was featured at the beginning of every textbook.

If you have a half-hour to listen (and can access The Economist), this podcast is worth your time.

The Economist Asks: What makes a dictator?

This week we speak to Frank Dikötter, a professor at the university of Hong Kong and author of “How to be a dictator”

THE 20TH CENTURY has become known as the “age of dictatorship”, for the horrors perpetrated by Hitler, Stalin, Mao and other despots from Chile to Cambodia. Anne McElvoy asks Frank Dikötter, a historian and professor at the university of Hong Kong, how these men rose to power and why some survived while others were brought down. They debate the limits of authoritarian power today, including China’s ability to act in Hong Kong. And what makes a true dictator—or is there something a bit dictatorial in everyone?

To conclude, my attention was directed to Dikötter by virtue of reading one of his books earlier this month. It was valuable to do so, although not necessarily a pleasurable experience.

BOOKS: The Tragedy of Liberation, an account of China’s revolutionary insanity, by Frank Dikötter.