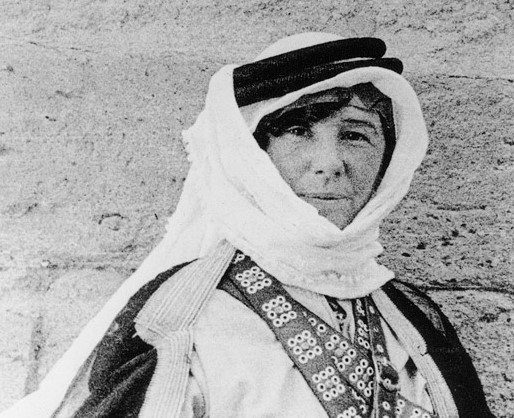 “To awaken quite alone in a strange town, is one of the pleasantest sensations in the world.”

This quote by Freya Stark appeared recently in The Economist. With much embarrassment, it occurred to me that while the name sounded familiar, I actually knew nothing at all about her.

So, I’ve been reading. When there is time, I hope to read one of Stark’s books. Until then, this essay is a good introduction.

Although the British had ordered their wives and daughters out of Baghdad, there were nineteen women among the crowds who found shelter in the British Embassy, in late April, 1941, soon after the Iraqi government went over to the Germans. A pro-Nazi coup had occurred a few weeks earlier, in relative calm, but an increase in anti-British hostility and the sudden appearance of armed Iraqi soldiers had brought tensions in the city to an intolerable level, especially since the British—heavily engaged in Libya and Greece—had few reinforcements to spare. The Iraqi Army had already surrounded the nearby Royal Air Force base when, at dawn on May 3rd, the well-known explorer Freya Stark raced through the deserted streets, arriving just in time to make it through the Embassy’s side door.

The main gates had been locked; sandbags and barbed wire were frantically being placed within; and a mountain of documents was burning in the courtyard. The Persian gardeners, however, continued to water the flowering verbena and, as days and then weeks went by, kept the lawn (despite the number of people sleeping on it) brilliantly green. Living quarters were uncomfortable, with some three hundred and fifty people enduring intense heat, sniper fire, and the not so distant thud of bombs as British planes attempted to retake the airfield. News over the wireless was grim. Yet there was no end of attempts to cheer the trapped and frightened population. One night, there was a lecture, given by Stark; another night, there was a concert. (As a bonus, a cache of rifles was discovered in the grand piano.) Basic provisions were allowed in daily, and Stark, adept at chatting up the Iraqi guards who monitored the prisoners’ fate, boldly requested a quantity of soap and face powder for the women. The extra packages were duly delivered. This small victory for Western womanhood was marred, however, by the policeman at the gate, who remarked that he couldn’t imagine how the harem could think about such things, since they were all to be murdered in a few days.

Freya Stark had come to prominence a few years earlier, with the publication of her first book, “The Valleys of the Assassins” (1934), a study in Islamic history and geography related with the excitement of an adventure story. The book was a popular hit, as were two books that she wrote, along similar lines, soon thereafter—“The Southern Gates of Arabia” (1936) and “A Winter in Arabia” (1940). All these books were about the contemporary Arab world as well. Stark had travelled through Syria, Iran, Iraq, Kuwait, and Yemen at a time when national borders retained a fictive quality, and no one could be sure what political or cultural forces would prevail. British power, just beginning to show the strains of its extended glory, still held firm regional sway—although Stark’s more dangerous explorations were conducted in spite of its warnings and behind its imperial back.

Stark could talk her way into any situation and, most of the time, out again, in a remarkable number of languages. She had just talked her way back to Baghdad from Tehran, when, hellbent on safety among her friends and colleagues in the Baghdad Embassy, she was stopped by Iraqi police at the frontier. All British citizens were barred from proceeding further, and she was officially in custody; others, she learned, had been put in prison camps. Yet she cajoled the station attendant into bringing her tea and her police guard into sharing it, and informed the guard of the sheer impossibility of staying on without a ladies’ maid. Surely he could see her problem and wished to be civilized? His people were not, after all, Germans. And the policeman—no longer guarding a prisoner but protecting a lady—put her on the next train to Baghdad. “The great and almost only comfort about being a woman,” Stark reflected, in a maxim that encompasses many such events in her illustrious career, “is that one can always pretend to be more stupid than one is and no one is surprised.”

As an explorer, Stark could claim no major discoveries, but her acute observations and her surveying skills had earned her professional respect and, for cartographic contributions, a Royal Geographical Society award. She had located unmarked villages and unsuspected mountains, taken compass bearings and photographs. Once, she had re-situated an entire misplaced mountain range to the correct side of a valley. But this was not why people read her books then, or why they continue to read them now. Stark did not even reliably make it to her intended goals: the routes—usually travelled by camel or donkey—were astonishingly harsh, malaria was rife, and a host of other ailments took their toll. Yet for Stark, despite the bitter disappointment of being beaten to a destination, the cliché that the journey is more important than the goal was irrefutably true. She was a vivid describer of scenes and landscapes. More, she was a connoisseur of people: she knew how to draw them out and listened closely when they spoke. Today, one may be able to gain more scholarly and updated history from other authors. Bernard Lewis’s “The Assassins: A Radical Sect in Islam” covers much of the same material as Stark’s first book (and its subtitle is guaranteed to catch the modern eye), but it would be a mistake to think that she has been replaced.

Readers of Stark’s reissued works—Modern Library offers the two earliest books, and I. B. Tauris is in the midst of publishing nine others—will find a writer who endows everyone in her field of vision with the heightened interest that she felt herself. Peasants, Bedouins, tribal leaders, guides, soldiers, and slaves make up a society that is both impossibly strange and palpably near, in the simple and not so simple human sense. Stark was not an objective observer—how could she have been?—but, far more sophisticated than the surveying tools she carried, she was a finely calibrated recording instrument in a land that was just awakening to the changes being wrought by paved roads, nation-states, and oil …