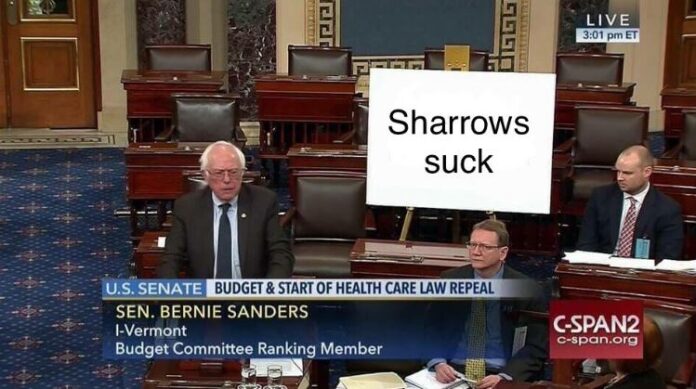 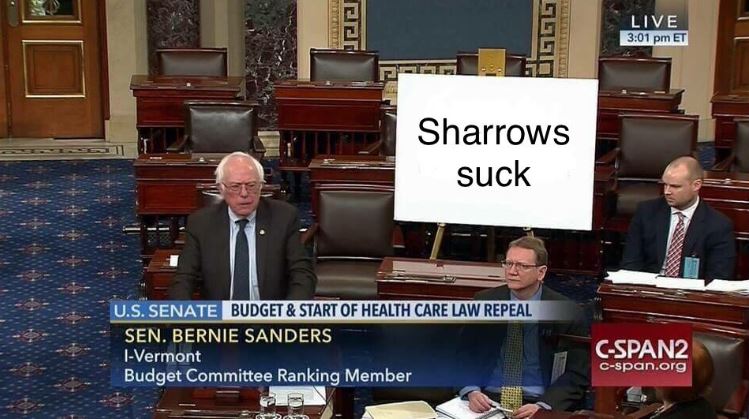 There’s an interesting article at Vox: Bernie Sanders leads Donald Trump in polls, even when you remind people he’s a socialist.

This doesn’t seem to be troubling Republicans as much as it makes Democrats absolutely frantic. Maybe this has something to do with following their money.

I think it does.

The “Stop Sanders” Movement Is Worried That Bernie Can Actually Win, Not That He’ll Lose, by Luke Savage (Jacobin)

“Electability” is the public rallying cry of the Stop Bernie campaign. But look a little closer, and the real issue becomes clear: the establishment fears having a democratic socialist in the White House.

Bernie Sanders’s recent rise in the polls has elicited an entirely predictable reaction from all the usual suspects who make up America’s op-ed pages. But, personally offended as the chatterati are, there are signs that the prospect of a Sanders victory in the Democratic primary contest is awakening an altogether more vicious beast that’s long been in the Vermont senator’s crosshairs.

This week, NBC, the Associated Press, and Politico all reported on the emerging anxiety within elite Democratic circles about Sanders’s ascent in the polls and nascent efforts by operatives to arrest his momentum. As journalist Andrew Perez noted, all three reports cited one Matt Bennett, cofounder of the organization Third Way, who issued boilerplate warnings about the supposed dangers of a Sanders nomination. In a pattern that is almost certain to be repeated in the coming weeks and months, Bennett’s intervention was framed as an earnest expression of concern by a moderate Democrat mindful of taking what he believes to be a major political risk.

But it was actually something else, given Bennett’s job at a self-identified “think tank” that has received extensive contributions from corporate patrons, including health insurance company Humana and Koch Industries. Washington is packed with groups like Third Way and others in the same mold, the function of which is to provide a layer of institutional sediment separating corporate interests from the mouthpieces they fund to advance their interests. In the gelatinous mass of lobbyists, megadonors, corporate spokespeople, and political operatives resulting from this arrangement, it can often be difficult to tell where the private sector ends and the public sector or party apparatus begins.

Nonetheless, Bennett’s anguished intervention is a telltale sign that panic about Sanders is starting to spill outside the op-ed pages and into the boardrooms of corporate interests — from pharmaceutical companies to Wall Street investment firms — who have an immediate pecuniary interest in opposing his program. If Sanders’s performance in the first round of primaries and caucuses matches current expectations, big business will undoubtedly intensify its efforts to stop him — likely aided, as in this case, by centrist Democrat operatives who sit at the noxious juncture of party politics and corporate agitprop …