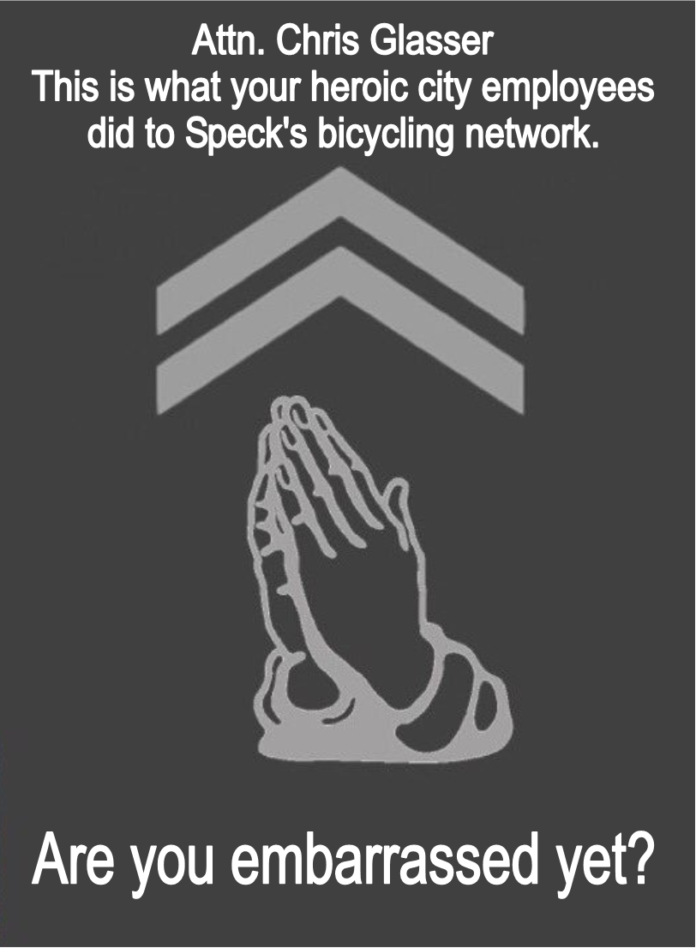 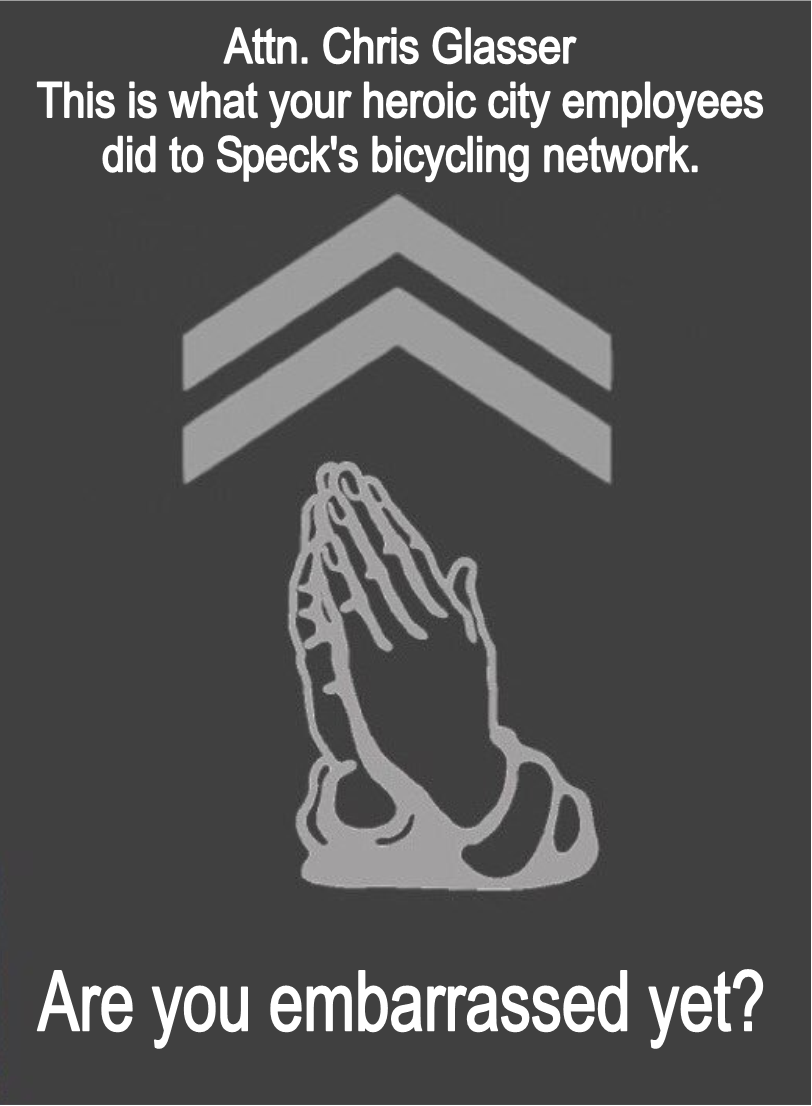 On Wednesday in LEO Dead to Me Weekly, there was an extended hymn of praise for New Albany’s Jeff Speck-inspired street grid reversion program, as written by the sort of useful dupe who formerly went to the USSR and asked Stalin’s groveling, terrified minions what they thought about their dear leader’s unparalleled success.

Care to guess what they said?

Of course, the article’s befuddled author Chris Glasser is immune to criticism from those who actually live here as to the effectiveness of these epochal street grid reforms — which in the end, weren’t. Street direction did change, but the virtually all the remainder of the supportive mechanisms proposed by Speck were stripped away and tossed into HWC’s rancid dumpster, as we’ve noted in this space time and again.

(Ironically, as with Republicans in the recent impeachment process, most of New Albany’s senior Democrats will acknowledge privately that the truth about the post-Speck street grid differs from what they parrot aloud on a daily basis.)

Glasser’s real aim was to criticize Louisville’s sloth pertaining to these matters. That’s fine; Greg Fischer is enduringly awful, but please, don’t misrepresent our reality to further your propaganda. I’ll repeat the offer I made to Glasser on Twitter:

Any time you want to come to NA, go for a walk, and get schooled about objective reality, I’m happy to guide you. You know very little about what actually happened here; it’s like the American socialists who went to the USSR during Stalinism and came back glowing about paradise.

Jeff Gillenwater replied to Glasser with his characteristic command of actual facts, and the article’s author devoted five or so minutes to defending his woefully gullible thesis before slinking back to Louisville to plot future intellectual carpetbagging.

This is a fantasyland recitation worthy of the Trump administration.

As is too often the case, a self-styled advocate/expert has little to no idea of what he’s talking about, no actual evidence to provide, and dismisses fact-based disagreement as the work of Internet cranks. Even his opening salvo that projects like New Albany’s are virtually unseen elsewhere is obviously false. As many of us spent a decade or more pointing out before Speck was even involved, reversions to two-way streets have been common for a long time. New Albany is just one on a long list and not a particularly good example. The only thing in the implemented plan that’s all that similar to the Speck plan is the two-way reversion itself. With as common as that has been around the country (not to mention lots of two-way, complete street advocacy in New Albany before Speck), specifically attributing two-ways to “the Speck plan” would be like attributing ice cream to Graeter’s.

Unlike the author, I have been providing a link to the actual plan the Speck design group created for the project. Anyone interested can see for themselves that the HWC plan that was actually implemented bears very, very little resemblance.

Meanwhile Glasser, unable to connive a handy way to fit the wholesale discarding of Speck’s bicycling plans into his convenient, fawning narrative — has career bureaucrat and sophistry mangler John Rosenbarger ever been showered with as much adulation for doing little or nothing? — Glasser merely glossed over bicycling safety as a necessary compromise.

An important point here. Because a majority of the Speck plan was cut, streets are still dangerous for people on foot or bike, more so in some places. It’s so “compromised” that very few benefits have happened. If this is what success is, why would anyone spend millions on it?

In New Albany, we have scattered bike lanes to nowhere – they just randomly begin and end – in areas where high volume, high speed automobile traffic makes them dangerous. Those lanes are hardly used, reiterating the idea they’re a waste.

The article suggests that Speck-proposed bike lanes were altered from protected to just painted. I’ve asked where all those lanes are. No answer, of course, because they don’t exist. It’s unpopular, but I persist in thinking facts matter.

We already had the fights, spent all the $$ without a good example to show for it. Re-doing what was just done isn’t likely. In some ways, we’re further from getting it right than we were. If everyone in L-Ville does go for similar “compromise”, we’ll be even further behind.

As for Speck, he’s still talking from both sides of his mouth, which is unfortunate. Maybe his contract requires him to keep “selling” HWC’s shambles. It saddens me tremendously, but there it is.

Of course the flunktionaries on the prom planning committee applauded on cue, safe from the horrible burden of comprehension. That’s too bad. It’s really not that hard to learn.

You merely must want to learn.