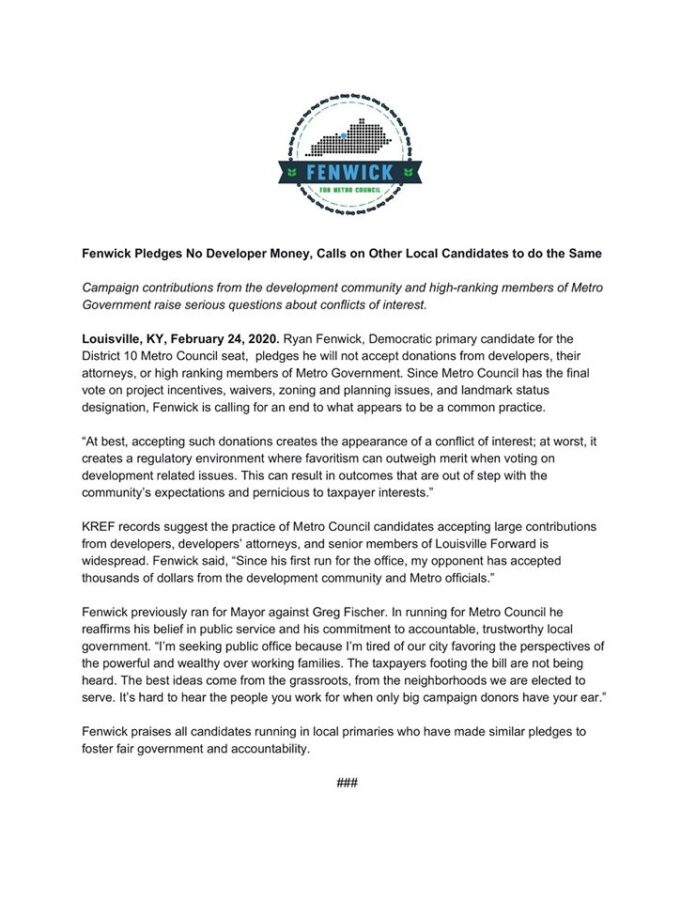 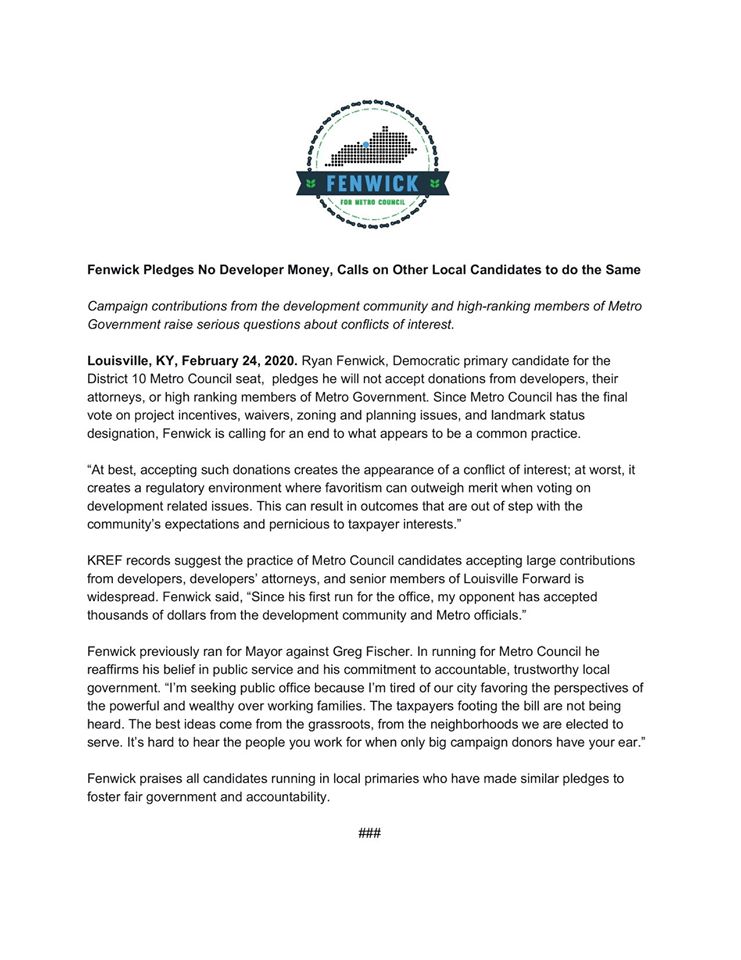 Back in January when Nick Vaughn announced for Floyd County council, I noticed this. 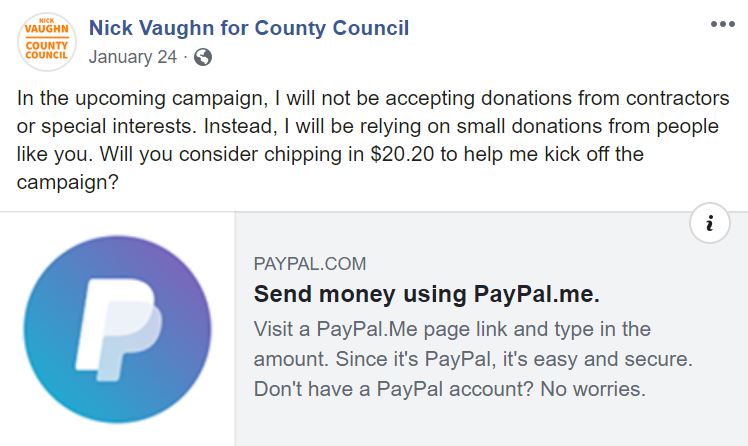 Can you imagine ranking Democratic office-holders in New Albany rejecting developer, contractor or special interest money? It’s simply inconceivable given the voracious needs of the political patronage machine, as newcomers like Jason Applegate seem to have learned all too quickly.

Over in Louisville, Ryan Fenwick is making a principled stand similar to that of Vaughn. Fenwick is challenging the incumbent Pat Mulvihill in the Democratic Party primary.

I AM NOT TAKING DEVELOPER MONEY

My opponent has received thousands in contributions from developers and high ranking Metro Government officials.

Since Metro Council has the final vote on project incentives, waivers, zoning and planning issues, and landmark status designation, as well as a regulatory role over Metro Government agencies, I am calling for an end to what appears to be a common practice.

At best, accepting such donations creates the appearance of a conflict of interest; at worst, it creates a regulatory environment where favoritism can outweigh merit when voting on development related issues. This can result in outcomes that are out of step with the community’s expectations and pernicious to taxpayer interests.

Today I pledged not to take any money from developers or high ranking members of Metro Government. This campaign will be funded by grassroots donors. Can you chip in?