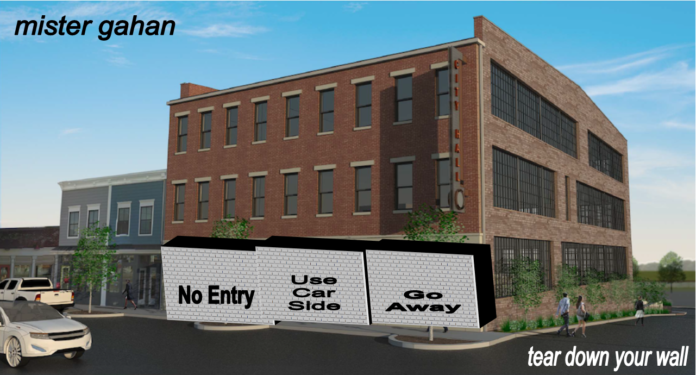 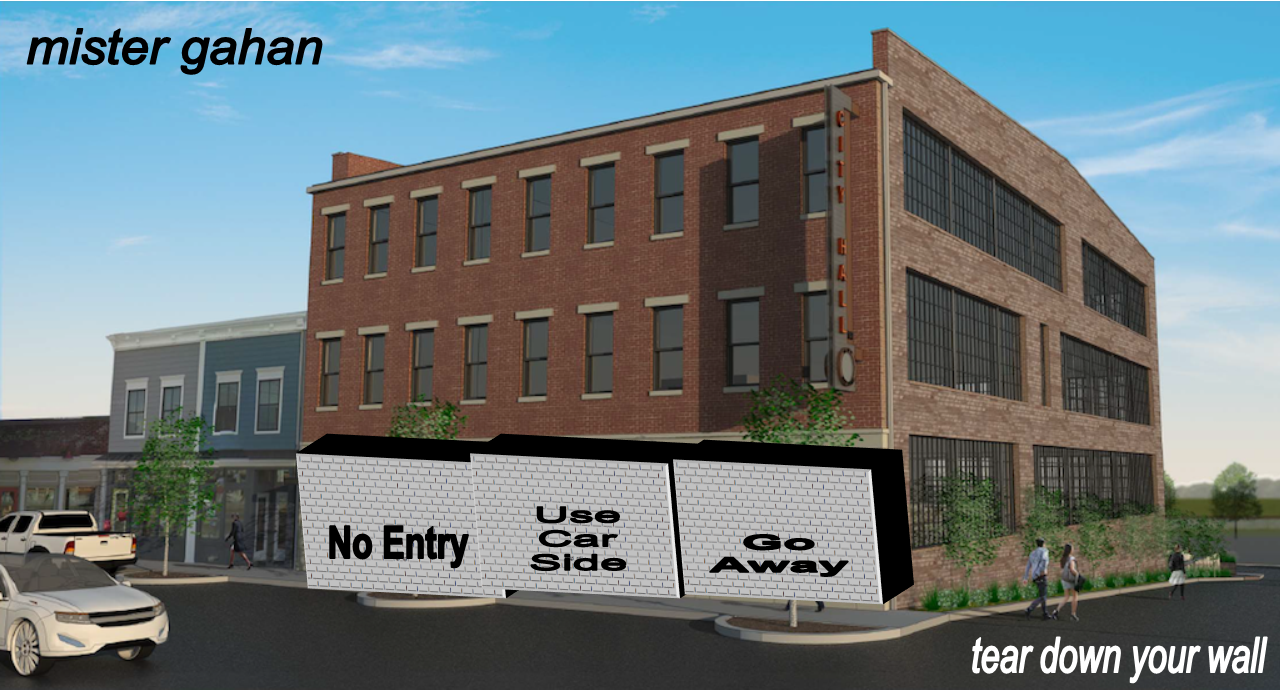 A lot of suburban chain retailers have been wrangled by city regulations into moving their parking to the side or back of the store, but they’ve moved the “front” of the store to the back right along with the parking lot, surmising (probably correctly) that that’s how most of their customers will be entering. The problem is it creates a dead street that’s hostile to human activity. Like this gem of an example of malicious compliance, in which a transformer box and some landscaping send a clear message: “Okay, they told us we had to have a door facing the sidewalk. They didn’t tell us we had to make one our customers would ever want to use!”

In other words, Jeff Gahan’s $15 million Reisz Mahal, which won’t have an entrance from Main Street.

… I hit up the Strong Towns Community site—our dedicated platform for Strong Towns members to meet each other and ask questions, offer advice and spark discussion—to crowd-source some ideas for a list of design features that should go the way of the dinosaur, lest the next generation be forced to cringe 25 years from now at our hard-to-reverse bad choices. And our brilliant members obliged with some good ones.

Some of these pertain to the public realm—the streets, the sidewalks, things the government itself ought to permanently stop doing. Some of them are about the private realm: things we might consider prohibiting developers from ever doing on their own land, because it harms and degrades the public realm when they do.

Either way, as a Strong Towns advocate, I’d be happy if I never saw another one of these urban design mistakes again in my city. How about you?