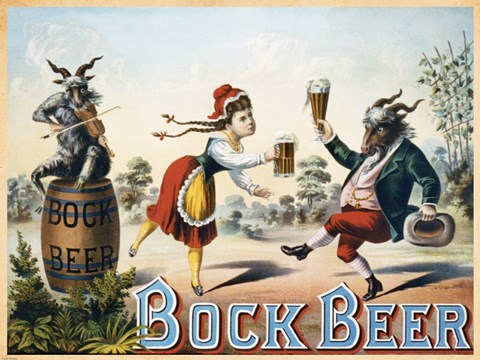 It’s my annual plea to abandon the likes of Untappd and actually learn something about beer, in this case bock, doppelbock, helles bock and the traditions behind them.

Someone always asked about Celebrator Doppelbock from the Ayinger brewery, south of Munich in the foothills of the Alps. It’s a fantastic beer and a lovely setting; however, our first effort at Pints&union to feature Celebrator didn’t work out. I intend to try again with proper glassware and a bit of finagling.

All I knew at the time was that Bock beers were dark, and they appeared each year in spring. It was the 1970s, the decade of America’s beer nadir, and not unlike the Dark Ages, except that Pale Ages made much more sense.

Fewer than 100 independent breweries were operating in the whole United States. Only a handful of them stuck with the customary springtime Bock release schedule, and as an underage scrounger, I can firmly recall drinking only two, Huber and Stroh’s, although surely there were others.

Bock was referred to as a tradition, which seemed plausible, even if the exact reason largely eluded beer drinkers in my neck of the Hoosier woods. Knowledge about beer styles and seasonal brewing was already was scant, and Bock’s coppery brown color engendered even more confusion, because most beers were golden — canned, ice-cold, and available year-round for plucking from the cooler at the nearest package store.

Bock was different. But why?