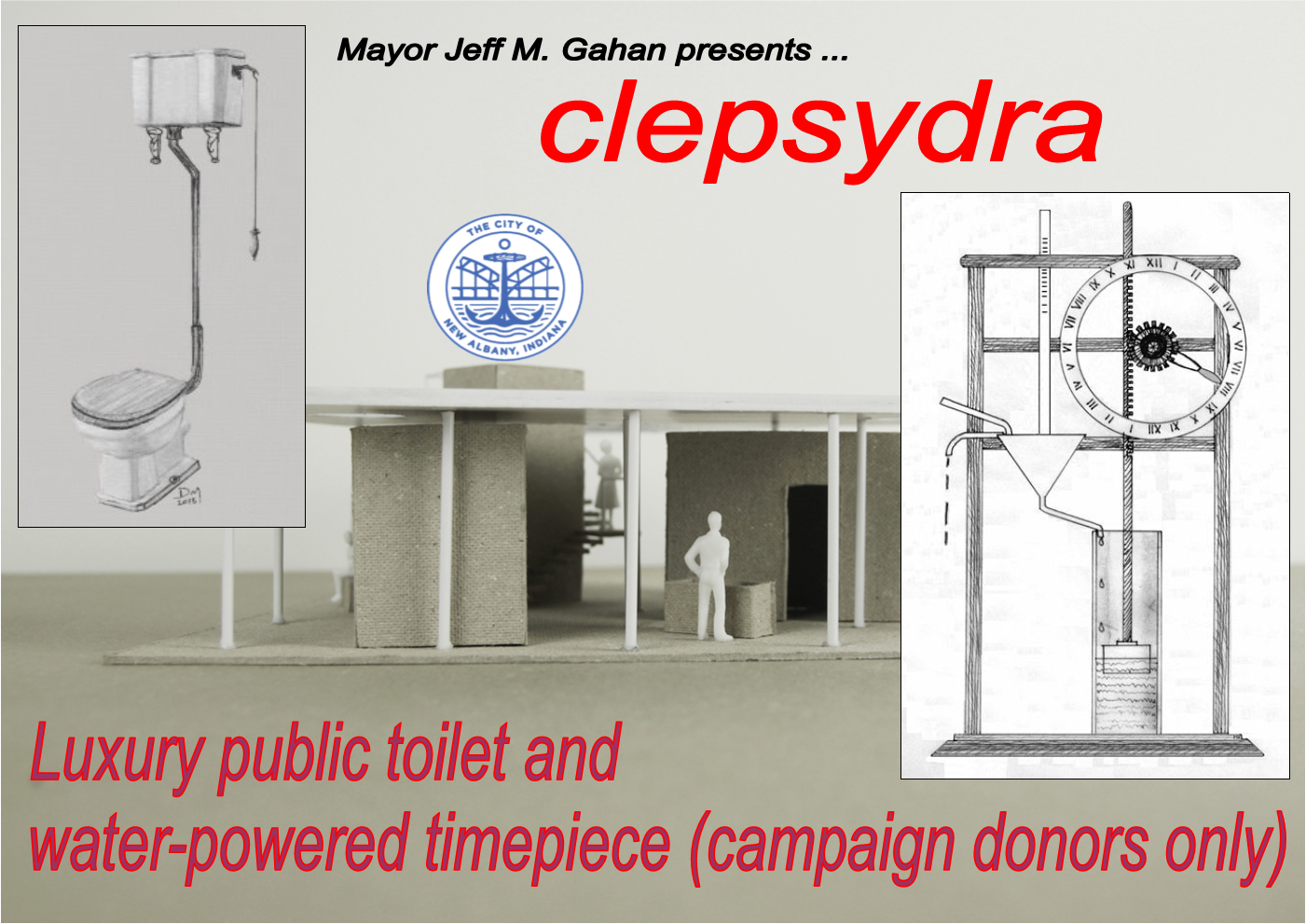 I may be the only one who would stitch together public toilets, mayoral megalomania and water clocks, but after all, someone’s got to do it … and it took 30 minutes on the nose.

A water clock or clepsydra (Greek κλεψύδρα from κλέπτειν kleptein, ‘to steal’; ὕδωρ hydor, ‘water’) is any timepiece by which time is measured by the regulated flow of liquid into (inflow type) or out from (outflow type) a vessel, and where the amount is then measured.

Water clocks are one of the oldest time-measuring instruments. They were invented in ancient Athens, Greece. The bowl-shaped outflow is the simplest form of a water clock and is known to have existed in Babylon, and in Egypt, and Persia around the 16th century BC. Other regions of the world, including India and China, also have early evidence of water clocks, but the earliest dates are less certain. Some authors, however, claim that water clocks appeared in China as early as 4000 BC.