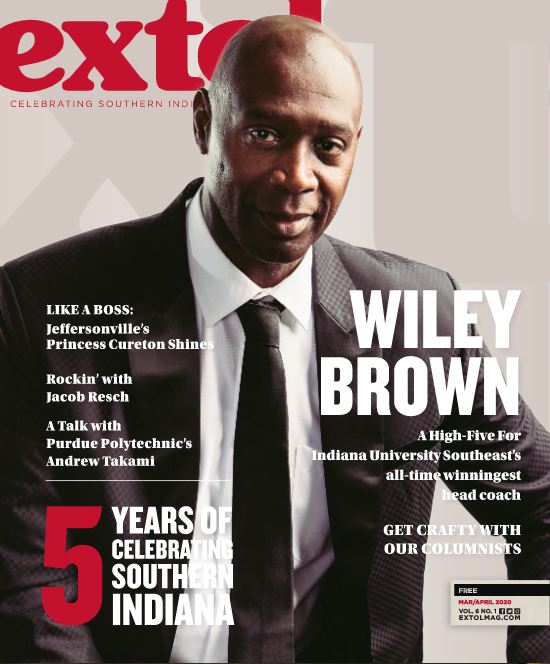 Leafing through the latest edition of Extol Magazine, we’re gobsmacked to see that the City of New Albany no longer is listed among the advertisers, and the usual full page advertisement from the Gahan4Life people is missing.

Could it be that someone at the top of our muddled civic heap finally grasps the potential ethical murk of the magazine’s co-owner and advertising sales head Jason Applegate simultaneously serving as city councilman?

Note the word “potential,” and recall the reasons why elected officials with potential conflicts of interest should recuse themselves or abstain from voting in certain circumstances … even in abjectly corrupt Trumpian and Gahanan times.

If this is the case, and the whole thing isn’t a coincidence, then good for them. We should strive for ethical excellence, not construct luxury dog parks atop it.

But what of the word “gobsmacked”?

After all, the purpose of this column about words is to explore the meaning of those that typically elude the comprehension of local ruling elites. The Macmillan Dictionary Blog provides an answer.

Word of the Day: gobsmacked


Origin and usage: Written evidence for the adjective gobsmacked dates as far back as the 1930s, although it has a much longer history as spoken slang. The term is a compound of the words ‘gob’ and ‘smack’. The Late Middle English word ‘gob’ derives from the Old French word ‘gobe’, meaning ‘mouthful’ or ‘lump’, and the word ‘smack’, comes from the Middle Dutch word ‘smacken’.


Examples: The word gobsmacked is a slang term that is generally defined as experiencing a feeling of intense surprise, such as the kind of shock you would feel if you were suddenly hit in the face. The action of clapping a hand to your mouth as a reaction to a surprising event is a less violent interpretation of the word gobsmacked. Generally, gobsmacked refers to something so shocking that it leaves you utterly speechless.


Although there are only written examples of the word gobsmacked from the last eighty years or so, it is highly likely that the word was used in spoken language before that time. The word comes from the borderlands between northern England and southern Scotland. It was later popularized by television dramas which were set in those areas, such as Boys from the Blackstuff and Coronation Street. These programs grew to attract sizeable mainstream followings, introducing the word gobsmacked into the wider world where it was then picked up by newspapers and other media.