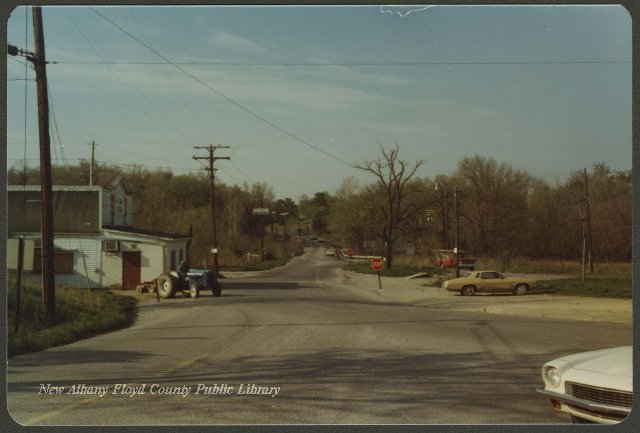 Sam Anderson is stepping away from the restaurant biz. Below you’ll find the local chain newspaper’s coverage.

Sam as an individual and Sam’s as a bar/restaurant are iconic institutions in New Albany. “Legend” is overused, but entirely appropriate in this instance. How many local eateries have been in business for the better part of 37 years under the same name and ownership? Sam is the link between the Lancaster’s and South Side of old, and the explosion of new dining and drinking establishments today.

I believe the footprint of the original Sam’s now lies beneath asphalt near the intersection of Charlestown Road and Blackiston Mill Road. In olden times it was called Kamer’s Tavern, then became Fourth Dam Tavern for a very long period. It’s what the business was called when I attended university at IU Southeast.

It will suffice to say that the Fourth Dam Tavern was a dive in the old-school sense, not at all cuddly in the contemporary parlance. The door on the Blackiston Mill Road side, which was used by customers, was less than a sidewalk’s length from passing cars. It was insane.

I turned 21 in 1981, which proved briefly embarrassing when revealed to staffers in the joints where I already was a regular. Around the same time Fourth Dam Tavern closed, and the new owner remodeled it into a German-themed eatery (no joke) called the Gasthaus. The redesign includes stucco and exterior murals of Bavarian scenes, pained by a local artist Rene Delisle, who died in 2002.

Friends of mine knew Sam from high school, and we all became immediate barflies. This will come as a shock to some, but one of the beers Sam kept around for us was Michelob Classic Dark in bottles. We drank the living hell out of that one, along with St. Pauli Girl, Beck’s and (yes) draft swill when money was tight.

Sam’s under Sam was an institution. Let’s hope it stays that way under the news owners — and, by the way, the fire at the original location of Sam’s was in December 2013, not 2014. Minor point, I know. The reason I remember is that is happened right before Christmas.

After nearly four decades, Sam Anderson is selling his namesake restaurant, which has been a part of the Floyd County community since opening in 1984.