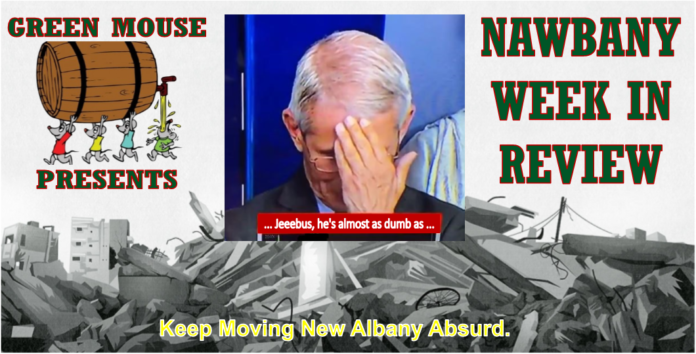 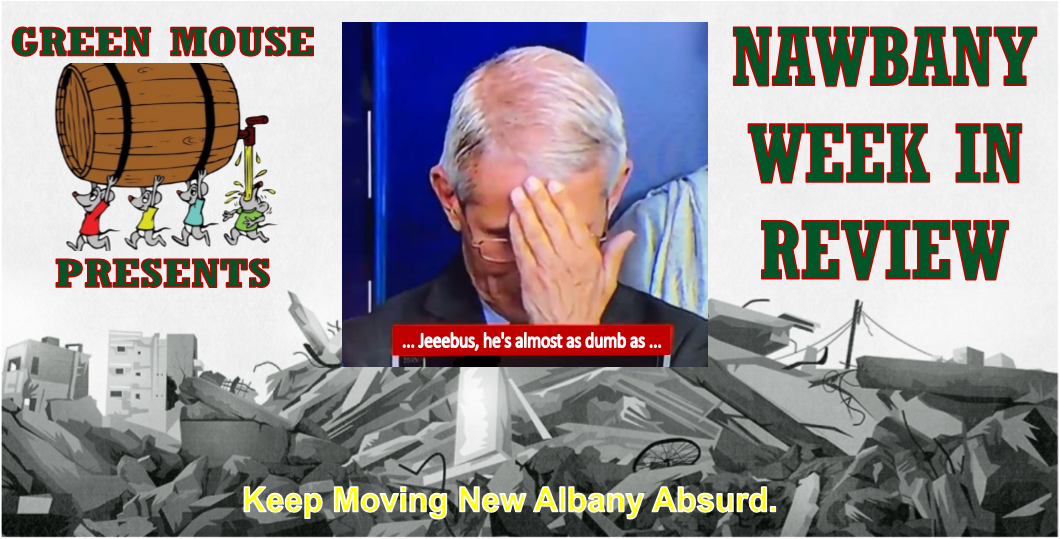 The good news is that Republican mayoral candidate Kevin Zurschmiede finally has a platform.

The bad news is that Rush Limbaugh wrote it yesterday — and the election was five years ago. Off to Facebook we go:

K: I’ve been saying for several years that life has been so good for so many of us for so long that we take it for granted that it always will be good.

Guess what — We have reached a lengthy blip of uncertainty lasting for several days, weeks now, turning into months soon. If we do not act now many of our treasured day to day activities will be gone for years to come and many may never return.

R: All right this cannot go on, folks. It cannot go on. Even Barry Diller now is calling this cataclysmic, and it is cataclysmic … We’re at a point now where no matter how many people die from coronavirus, it’s not gonna equate to the damage done to the U.S. economy. 22 million people are not working …

… It is hurting all of us. And it’s scary that there are still people who want to maintain this and have it get even worse. Literally scary. But as I have been saying — I’ve been overusing the word — this isn’t sustainable. It hasn’t been sustainable for a month. It has to change.

(T)here are people who want to continue this. Why?

Jeff Gahan defeated Zurschmiede in 2015 (I participated as a candidate as well and tallied more votes as an independent than Dan Coffey did four years later), and Gahan’s giving it his best Winston Churchill pandemic impression.

Also getting $1 million from the state is New Albany. Mayor Jeff Gahan said that the city is currently focused entirely on the coronavirus pandemic, but that officials look forward to moving ahead when the time comes.

“We continue to encourage employees and contractors to wash their hands, practice social distancing, wear DIY masks and other Personal Protection Equipment when it is available, but we are very happy to learn we are the recipient of Community Crossings Grant for $1 million,” Gahan said in a statement. “This important grant allows us to extend our road repair efforts and to be fully prepared once construction resumes. Roads are selected by need from our Paving and Road Status Inventory that ranks each road in New Albany by condition. This street ranking and selection list is required for the Community Crossings Grant.”

Inspiring, and they’re words that make me want to run out and storm a beach — masked and socially distant, of course. It’s like General Patton said: “The object of campaign finance is not to die for your TIF zone, but to make some other mayor die for his.”

The biggest local story of the week came from John Boyle at the Newsy ‘Bune: New Albany City Council cancels meetings during outbreak.

Caesar contended that the city’s finances, along with entities like the police and fire departments, are in “great shape.”

If you can’t trust the city’s most prolific sycophant, who can you trust? Fortunately there are dissenting voices.

(5th district councilman Josh) Turner contends that the council should be holding meetings digitally, utilizing tools like Zoom. Other governing bodies in Southern Indiana have taken advantage of such tools during the pandemic.

The New Albany City Council did hold a virtual meeting last month to pass five funding resolutions to deal with the COVID-19 pandemic.

Jeffersonville City Council and the Floyd County officials have held meetings that were broadcasts using those platforms. Even in New Albany, the redevelopment commission and board of public works are holding meetings via Zoom.

If meetings were to be held over Zoom or any other digital platform, Caesar said only those with certain technological capabilities and savvy would be able to participate. “We can’t have public hearing, because people can’t come into our building,” he said. “You can’t just have one for people with access to those devices. You have to have it for everybody.”

Certain situations, Caesar noted, would call for a meeting. If an essential entity in the city were to need immediate assistance to make it through the outbreak, he said the council would spring into action.

One hypothetical situation would be a food bank, for instance, needing food or money to serve their clients.

At least CeeSaw has used the shutdown to hone his stand-up routine. Maybe he’ll entertain us on YouTube soon, or more likely utilizing the latest in black and white Pathe newsreel technology prior to the Roy Rogers double feature at the Bijou.

Speaking of political maladroits, they come in all party affiliations. By the way, Tennessee Trey Hollingsworth, whose net worth of $50 Million Dollars makes him the 7th wealthiest member of Congress (deliciously, just behind Nancy Pelosi), wants to buy a vowel, or a consonant — aw, what the fuck, daddy, just buy the newspaper for scrap.

In an exclusive interview with IndyStar Wednesday, Hollingsworth declined to say his words were poorly chosen but indicated he was trying to make a more nuanced argument about the need for better planning as the White House, Congress and other elected officials make tough decisions going forward.

“I believe that I stood up and said on a radio show, (that) we are going to have to make tough decisions going forward ,” Hollingsworth said, “and we owe a plan that acknowledges the reality that the risk of coronavirus will never be equal to zero and there are costs associated with this shutdown of our economy, real costs that Hoosiers and Americans are bearing.

“What I got back was Trey wants people to die. I never said that, and it’s not true.”

Hollingsworth spoke more starkly to WIBC on Tuesday, saying Americans have to go back to their way of life, and it’s the lesser of two evils versus the number of people who might die from the coronavirus.

Now if you’re excuse me, I have to go take a shower.

Dining on the poor, part two: Trey “Big Boy Pants” Hollingsworth reminds us that capital accumulation comes before YOUR life.