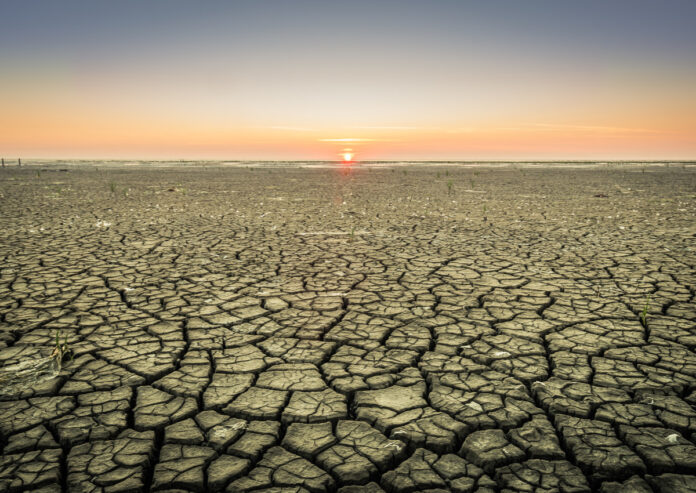 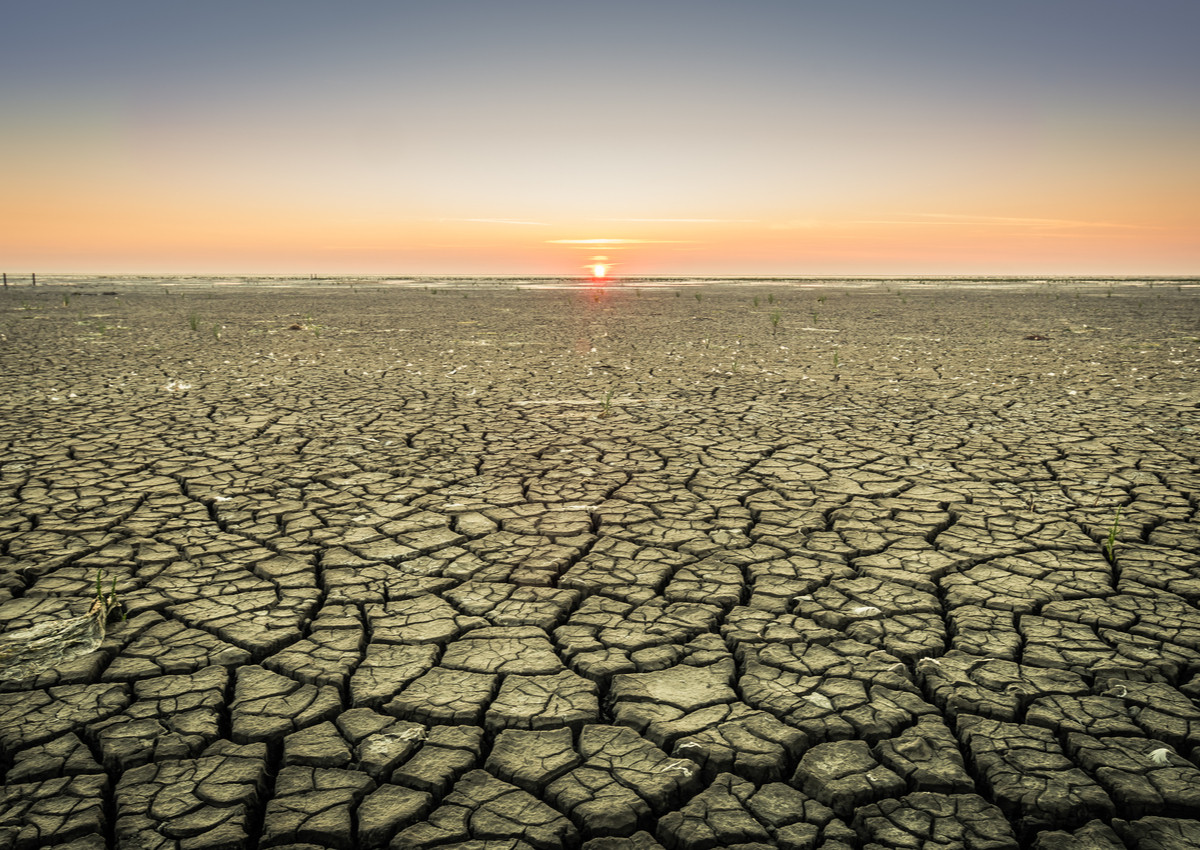 And with his wife, of course. Let’s take a look at the calendar.

The Fiesta of San Fermin in Pamplona? Canceled.

Poperinge Hop Fest? No word yet, but “no go” would seem to be a foregone conclusion.

I’ll concede to no longer being the type who enjoys large gatherings like Octoberfest and San Fermin. Poperinge’s triennial paean to the magic cone is vastly smaller and better suited to my preferences. It’s clear that all such gatherings will succumb to the coronavirus in 2020.

That’s part of the reason why as years go, 2020 already has ceased to exist. For all intents and purposes, we’re playing for New Year’s Day, 2021.

My reaction to the global pandemic response recalls the words in 1914 of British Foreign Secretary Sir Edward Grey, who remarked to a friend as the United Kingdom’s prepared to enter the First World War, “The lamps are going out all over Europe, (and) we shall not see them lit again in our life-time.”

The lamps were lighted again, though it took a while. 106 years is one thing, 75 another (since the end of WWII), so nine years is sufficient for the rehash of an essay, given my inability at this late date to even remember the rationale for the original column.

First published in October of 2011, this essay was an attempt to explain the central place that pubs, libations, travel and their wonderful third spaces have occupied in my life.

However first a few words about the current fate of these third spaces.

During the pandemic an atheistic Dionysian public imbiber like me finds himself just as deprived of religious worship as any conventional believer. Without exaggeration, all the things I’ve truly cherished outside the boundaries of my own home are gone, with their return utterly uncertain, or whether they’re to come back in any recognizable form at all.

Depressing isn’t the word. It’s worse than that, of course in a metaphysical sense and not to be confused with a clinical diagnosis.

Seldom do I reference motion pictures to make a point, but I’m reminded of the Star Trek reboot a few years back wherein Spock watches as the planet Vulcan disintegrates before his eyes.

That’s the last six weeks for me, and for so many of us in the food and drink industry. 40 years and an entire working career, suspended in a flash. Forgive me if I’m unwilling to contemplate life without boisterous pubs with pints in Dublin, or relaxing beer gardens in Bavaria with 2,000 of your best friends. Being unable to go to places and experience them? Might as well amputate a limb or two.

Right now, I can’t fathom it. For me, here in America, pub culture always was the one sure antidote to our failed political experiment. Now the coronavirus has exposed the latter beyond any shadow of doubt, while also depriving us of the means to cope with (cov)idiocracy.

Hemingway’s empty bottle as a means of sovereign action serves no purpose if it cannot be thrown at the oppressor — and if your oppressor is with you sheltering at home, your problems are far larger than a garden-variety hangover.

I’m not tremendously well. I’ll get better. Revolution works for me; it always has.

As Vonnegut would say, so it goes.

Here’s the 2011 rumination, touched up just a bit to fit my circumstances a decade later.

We went for a stroll one Sunday a few years ago and passed a fly-by-night evangelistic church occupying an old shotgun house that had witnessed better days.

A graying middle-aged man I’d never seen before was standing out front, and he waved animatedly as we passed. I stopped and looked at him with as dull an expression as I could muster, but he was undeterred.

“Some Sunday, why don’t you come to church with us?”

I stopped and thought about it.

“Sure, as long as you’ll come to my church with me.”

Now he was the one pausing to think.

We kept walking. I never saw him again.

Often in this space I write about otherwise forgettable days both near and far, and the fact of these days being forever marked in my memory by the presence of beer.

Whether opening a growler of lager on my own porch with a cigar nearby, or schlepping bottles filled with ale via bicycle panniers through the Belgian countryside, times are better with beer.

Human life spans are long and short all at once, and most of our days and nights are passed and beyond recall, and yet I’ll never forget that one time in Bohemia, walking to the neighborhood rail station pub tap for pitchers of draft beer, and then spending the afternoon drinking with good, kind, giving people, even though communication was a challenge owing to our linguistic divergences.

On that occasion, we brought the beer back with us, but during the course of my decades as a professional drinker, I’ve preferred my consumption to be on premise, out in the open, and part of the public record. It’s a tightrope I enjoy walking, even if such openness sometimes has resulted in less than flattering recollections, both on my part and in the minds of those forced to witness my drunken antics.

Most of the time it doesn’t come to that, and there is a fundamentally positive dynamic at play. The reason why bars, pubs and other watering holes are the only places I’ve ever truly felt comfortable – my natural habitat, as it were – is in part a statement about my innate proclivities, and also owing to the historical function of those places as third spaces.

Nowadays most of us in America have living rooms of our own, but a social instinct still impels us to find another milieu to spend time apart from home and work, another comfortable spot – perhaps a gym, coffee shop, park bench … or even a church, in a pinch derived from sheer desperation.

Well, churches can be interesting to look at, preferably while drinking at a sidewalk café across the square.

These are functional examples, but all of them a bit dry for my taste. I prefer my third spaces to offer the possibility of consuming beverage alcohol, most often beer. When I’m surrounded by people who feel the same, anything is possible. This is especially true when you’re a wandering stranger, and find yourself welcomed, albeit temporarily, into the public living room of the locals.

It never gets any better than that.

An inviting barroom shifts the perspective of the traveler from the expansive outside looking in, to the inside looking back out … at times, tightly. From five thousand miles away, you enter a cozy room and ask for a tankard of whatever is made right there, whether in the building, the town or the region.

Granted, one might have a lovely experience in Munich at a mock Pampas restaurant specializing in the beef and wines of southernmost South America, but really, shouldn’t you be going somewhere else for those?

The late Bostonian ward-heeling politician Tip O’Neill rather famously commented that all politics is local, and in like fashion, my pathway is leading me inexorably to this conclusion: All beer drinking culture is local.

Although I’m no longer a craft brewery owner, and allow myself a broad range of geographical libational constructs, there remains an essence and primacy to what is being brewed at or near the place one drinks beer.

Truthfully the homebrewer’s self-made bounty is the purest possible example, followed by local commercial brewers and their products. If the beer comes from elsewhere, whether down the road or around the globe, there remains a commensurate importance in choosing genuinely local ownership of the establishments serving it.

I’ll be damned if I’m going to drive all the way to Chico, California, and drink Sierra Nevada at the “neighborhood” chain restaurant, Applebee’s. They may serve it, but chains don’t deserve my patronage.

Returning full circle to the man’s invitation those many years ago to come to church, it may sound as if I’m formulating commandments and theological doctrine. You bet it does. What do you think this philosophy major has been pondering all these years while balanced, at times precariously, atop those thousands of bar stools?

Beer drinking is my sacrament, and pubs are my sanctuaries. When the collection tray was passed, I put all of my money into beer. I got the true religion for sure, but it came from drinking the beer … not the Kool-Aid.