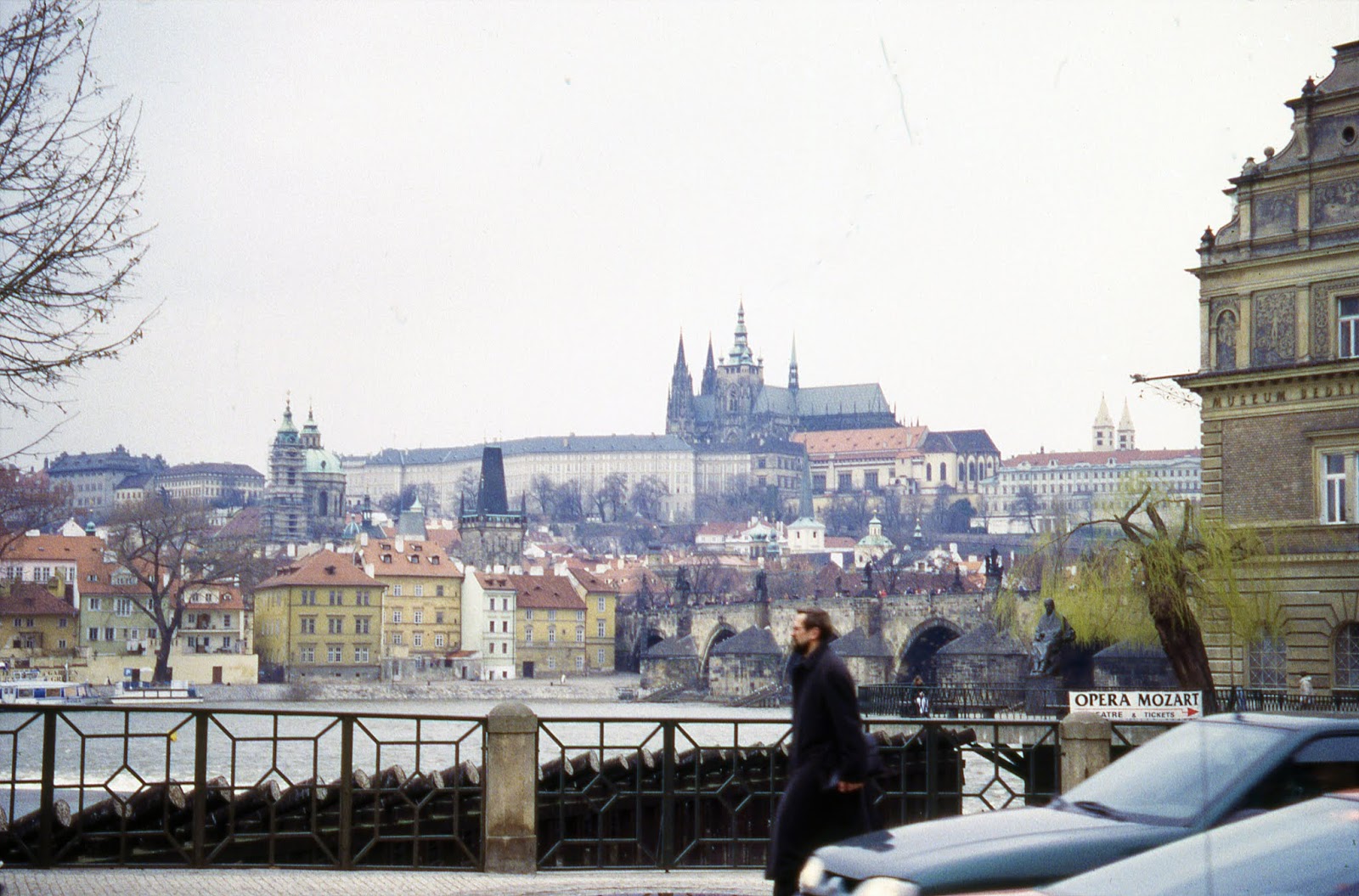 Two of these snippets pertain to recent deaths. The third describes an apparition.

To be honest, I had no idea who Gene Deitch was, and I’m grateful to my friend W for making me aware of his passing, but more importantly, about his life, especially as “the only free American living and working in Prague during 30 years of the Communist Party dictatorship”

Eugene Merril Deitch (August 8, 1924 – April 16, 2020) was an American illustrator, animator, comics artist, and film director. Based in Prague since 1959, Deitch was known for creating animated cartoons such as Munro, Tom Terrific, and Nudnik, as well as his work on the Popeye and Tom and Jerry series.

Several days after arriving in Prague in October 1959, Deitch met Zdenka Najmanová, the production manager at the studio Bratři v triku where he worked. They married in 1964. Deitch’s memoir, For the Love of Prague, is based on his experience of being what he called “the only free American living and working in Prague during 30 years of the Communist Party dictatorship”. According to Deitch, although he was followed by the StB and his phone was tapped, he was never aware of their presence and was never interrogated nor arrested.

Deitch died in Prague on April 16, 2020, at the age of 95. Shortly before his death, Deitch had noted intestinal problems.

I might have met Deitch on the street without knowing during one of those many days I spent in Prague. Back in America during COVID times, there was an incredible coincidence.

A 100-year-old World War II veteran who died from Covid-19 lost a twin brother to the 1918 pandemic a century earlier, his grandson said.

Philip Kahn is the oldest veteran in Nassau County, New York, according to his family, and had been fearful of another pandemic happening in his lifetime, his grandson, Warren Zysman, told CNN.

“It was something he brought up quite frequently,” Zysman said. “I would have conversations with him, he would say to me, ‘I told you history repeats itself, 100 years is not that long of a period of time.'”

Kahn and his twin brother, Samuel, were born on December 5, 1919. His brother died weeks later, his grandson said.

I read elsewhere that when Kahn developed a cough, he knew exactly what it might signify, and told family members that our government could have acted sooner and more decisively with containment measures.

To conclude, not so much a death … although Anwar Sadat’s family might disagree.

The Ghost Airline That Has Linked Cairo and Tel Aviv for Decades, by Shira Telushkin (Atlas Obscura)

Air Sinai is shrouded in mystery. But why?

The unmarked plane belonged to Air Sinai, which only flies between Cairo and Tel Aviv. In 1979, Israel and Egypt signed a historic peace treaty, overseen by the United States, which inaugurated diplomatic relations between the two countries and made Egypt the first Arab nation to recognize the State of Israel. Air Sinai, founded in 1982, fulfills a term in the treaty that had to be implemented within three years of signing: the two countries must maintain active civilian aviation routes—meaning there always had to be a direct flight between Israel and Egypt.

It just didn’t have to be public.