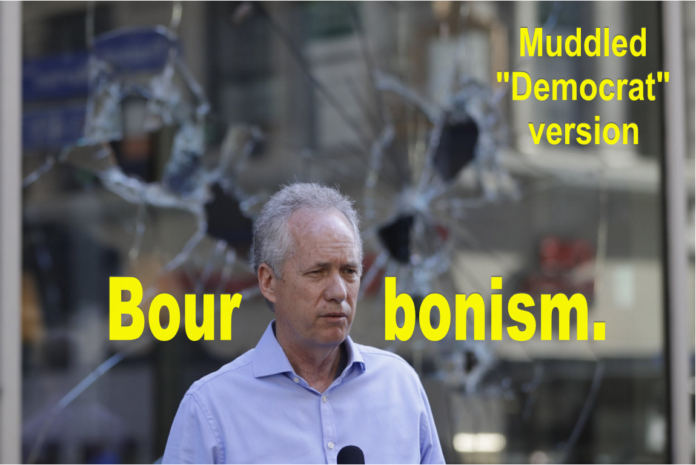 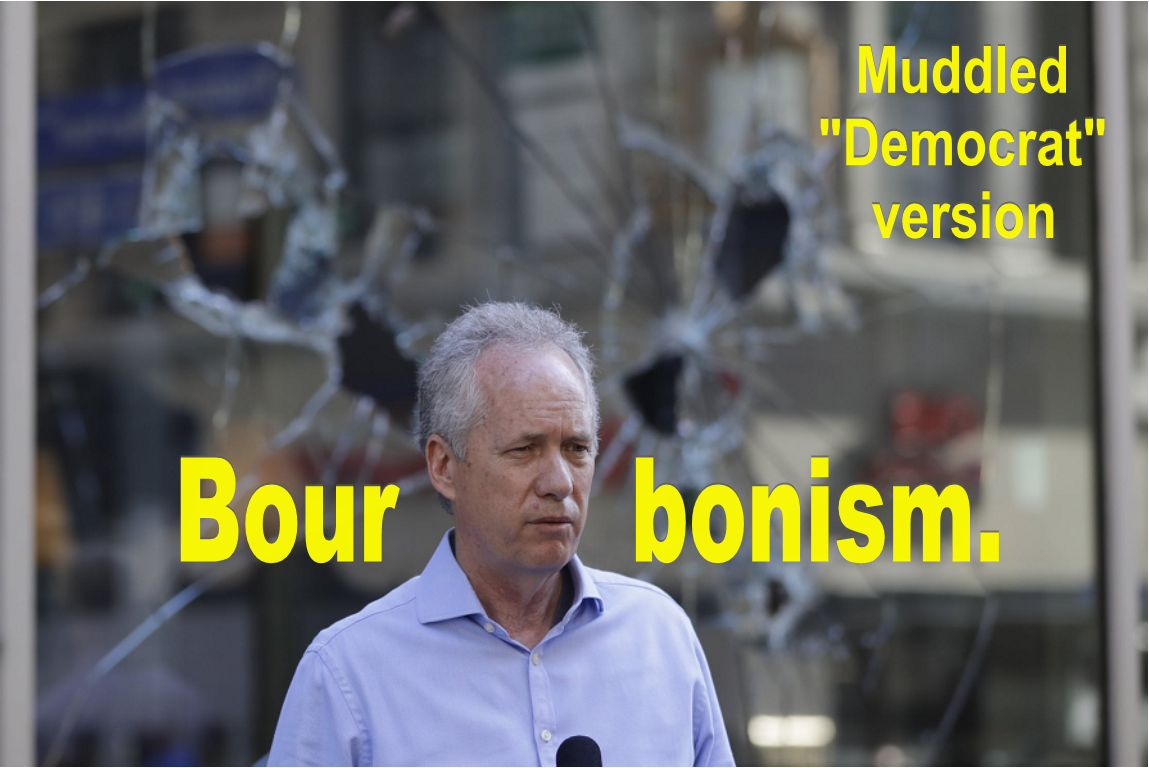 Illusion is needed to disguise the emptiness within.
— Arthur Erickson

Did you know that “bourbonism” predates the term’s recent use as an admittedly pleasant form of gastro/alco-tourism?

Wiki insight of the evening: “Bourbonism can be any extreme form of political conservatism; (in politics) Bourbonism may refer to Bourbon Democrat (1876–1904), a conservative or classical liberal member of the U.S. Democratic Party; initially used as a pejorative.”

As it still is with Louisville Mayor Greg Fischer, who has blithely restored the earlier “pejorative” meaning of bourbonism with his handling of protests in Louisville.

The more things change, the more they stay exactly the same — and, it’s time for Greg Fischer to resign.

While we’re waiting, can any of you Kool Aid-chugging political partisans out there explain to me how police militarism advocated by Democrats AND Republicans is changing the hearts and minds of those like me who reject the two-party system?