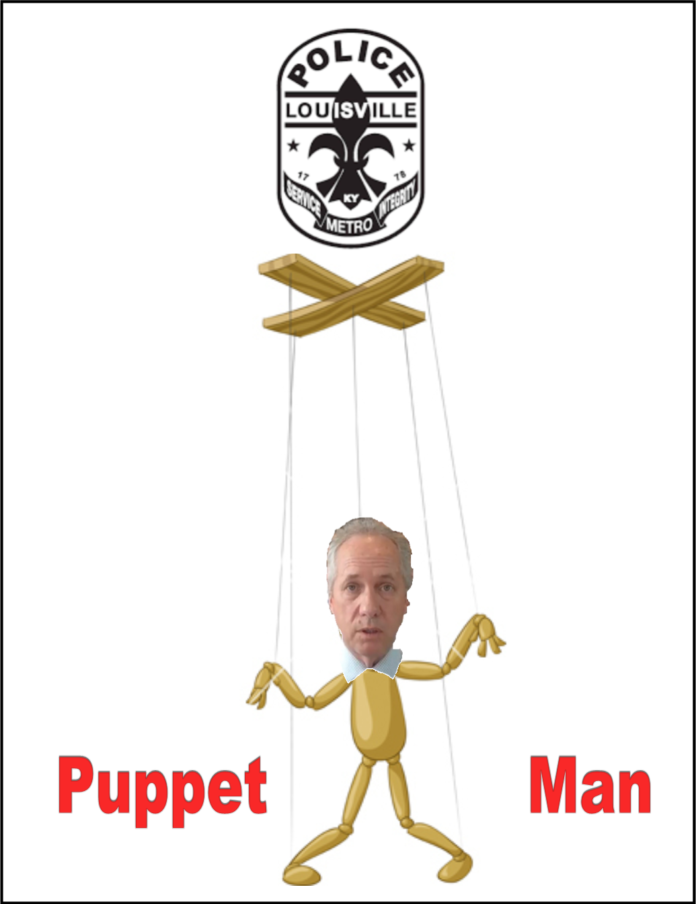 I hope you can get through the pay wall because Gerth’s eloquence needs to be read in its entirety. I’ve converted Gerth’s commentary to baseball:

Deprived of sloganeering, the faux Democrat Greg Fischer is exposed as an inept fraud. Time for him to resign. Bourbonism’s no longer an option, is it?

Since the first people began carrying signs and exhorting us to say Breonna Taylor’s name last week, Louisville has wrestled with what has unfolded on our downtown streets.

We’ve seen protesting like we haven’t seen in more than 50 years. We’ve watched rioting and looting on our downtown streets. We’ve seen the death of yet another black man at the hands of police.

What we haven’t seen is leadership.

Where is Louisville Mayor Greg Fischer while all this is going on?

He showed up for a few minutes Monday morning to offer his condolences to Odessa Riley, the grieving mother of David McAtee, who died early Monday when police and National Guardsmen returned fire into a crowd at 26th and Broadway.

And then he left.

He’ll appear on a livestream soon from a secured bunker somewhere and then he’ll disappear.

He might even call a late-night press conference when those who most need to hear from him are not at a television or computer where they can watch.

They’ll be out dodging his police department’s pepper balls and tear gas canisters — and God forbid, more bullets — then.

In the five days since this all began, Fischer has been in hiding. Emerging only to spout a few platitudes and finally — years after he should have — fire his police chief.

He’s been hunkered down and blaming the rioting and the protests on “outsiders” who have come to Louisville to raise hell and cause trouble.

To do that, however, misses the real issue.

We have a problem with race in this community.