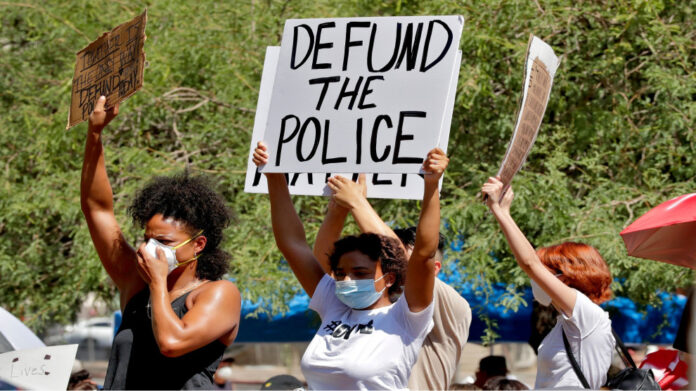 From The Economist: (Order above the law) … How to fix American policing. The country’s forces kill too many of those they serve. Here is how to change that.

Systemic racism does not mean that all officers are racists or bad people; it means that the system operates in a racially biased manner regardless of individual motivations.

Militarization and violence. Aren’t they synonymous?

A paper by Jonathan Mummolo, a political scientist at Princeton, found that police militarisation fails to enhance public safety while also eroding public trust in the police.

That makes sense: military forces are designed to win wars, not trust. The army’s goals and those of the police differ. The army kills its enemies. Police are supposed to serve and protect Americans without violating their civil rights—and to face consequences for violating those rights.

Yet when it comes to killing, few officers face consequences.

Curative measures are a navigational challenge. Police unions are one such outcropping and courts, another.

With courts a narrow avenue for reform, some have started to advocate hitting law-enforcement agencies where it hurts: right in the budget. Advocates in at least 15 cities are waging campaigns to defund the police and use the money on other social services.

Alex Vitale, a Brooklyn College professor and defunding advocate, says that people assume “the problem is that individual officers aren’t doing their jobs properly, when the problem really is that they have been asked to do too big a job.” Police have been asked to provide security in schools, respond to people’s mental-health crises and drug overdoses. “Policing is about use of force,” Mr Vitale explains. “It should be a last resort…We don’t want another community meeting with police. We want them out of our lives.”

Rolling Stone provides a fine overview of what it actually means to “defund the police.” To defund police is not to abolish police. It is to reduce and reallocate police budgets.

Consider the fact that four Minneapolis police officers responded to a 911 call that described a minor, nonviolent crime. “George Floyd is the perfect case to look at,” Garcia says. “What he was accused of — what the police were called for — was a nonviolent offense: trying to use a fake $20 bill. If we reduce the number of crimes that exist or repeal ordinances which are really bloated with nonviolent offenses that were created during Broken Windows, it will allow police to focus on violent crime — on the crimes where they are actually needed — instead of criminalizing the poor.”

Vaguely reminiscent of the intent of NA-FC schools and the recently rejected safety referendum, eh?

But many of the typical voter’s objections apart from the impact on the pocketbooks of ratepayers centered on prevention as namby-pamby; we need more security, not counseling . How many people did I hear or read saying if the money covered armed police, high walls and padlocked gates, they’d be okay with it?

This brings us back to The Economist and another pressing issue.

Unlike most police forces elsewhere, American police patrol a heavily armed country. That can make their job dangerous—between 2000 and 2014, 2,445 died on duty, compared with just 25 in Britain. But police also return fire, killing around 1,000 people each year.

African-Americans are nearly three times likelier than whites to be killed by police. In fact, being killed by police is now the sixth-leading cause of death for young black men. African-Americans are likelier to be convicted, and serve longer sentences than whites convicted of the same crime; they comprise 13% of the adult population, but 33% of the imprisoned population.