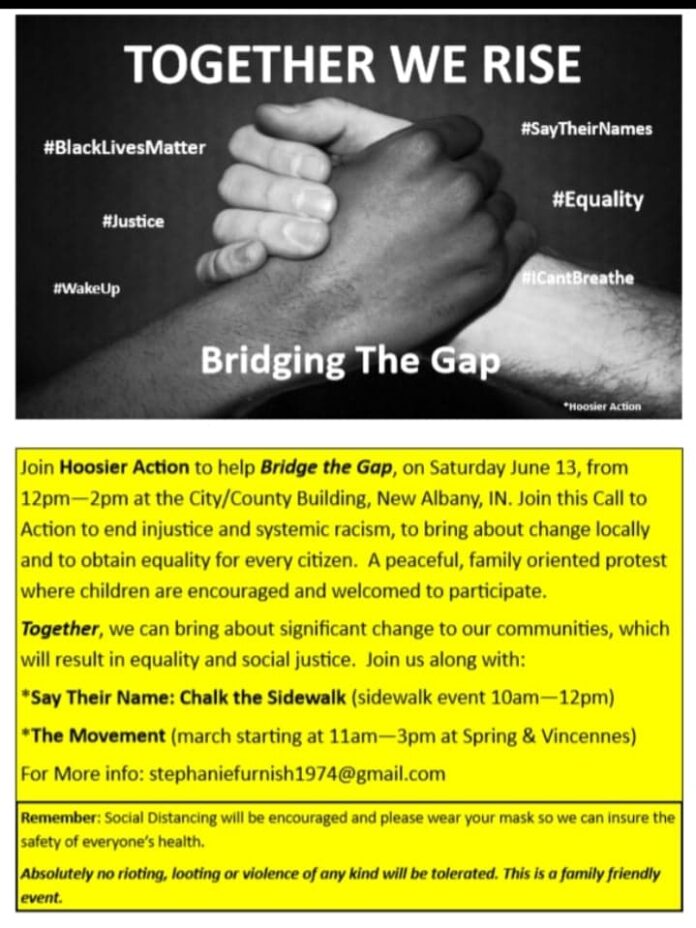 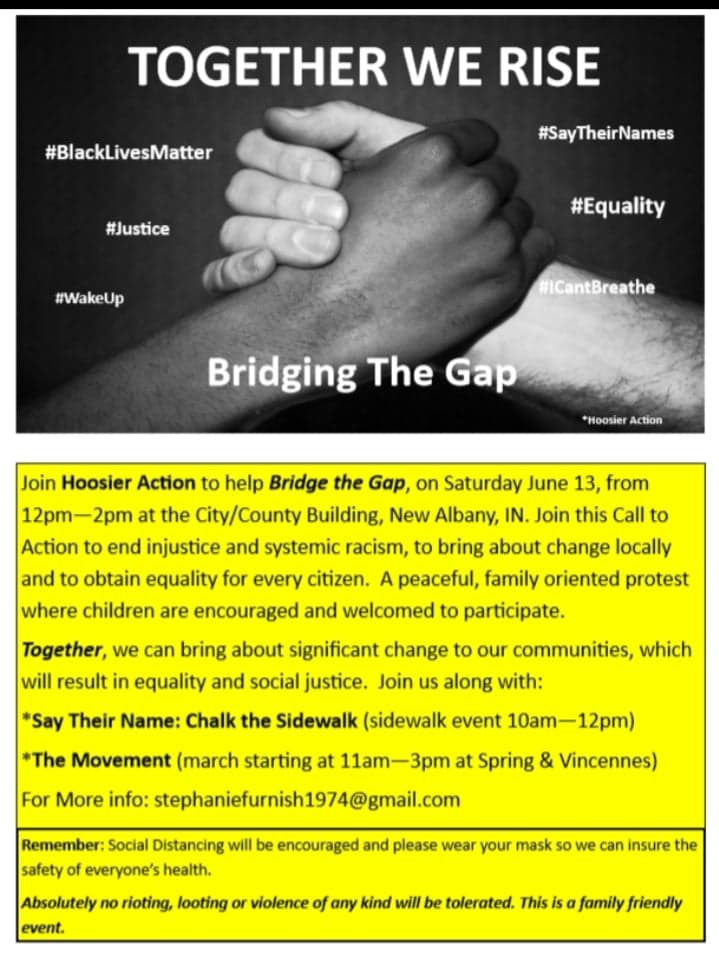 Wait — I’m getting a pulse … The Movement and Say Their Names, coming Saturday to NA.

Then, later in the day, the Hoosier Action poster above. Unfortunately I have little more firm information than what is written on it.

Update: the press release arrived Friday just after lunch: “We encourage our Floyd County members to join us tomorrow from 12 pm-2 pm for Together We Rise: Bridging the Gap Rally in New Albany at 311 Hauss Sq.:

Most of us believe that everyone should be able to live a full and healthy life, no matter what we look like or where we come from. But today, Black Hoosiers are under the dual threat of higher fatality from COVID and from police brutality. Throughout our history, brave Americans have joined together across race and place and taken to the streets risking their lives and their livelihoods. And, throughout our history the powers that be have found ways to divide us by casting doubts or sowing fear about our protests. We are encouraging our members to show up to protest not despite but rather because of COVID. We’re taking every possible precaution even as we understand that coming together means increasing our risks. Because we know that, in this moment, staying apart guarantees unacceptable outcomes for Black people. We are long overdue to rewrite the rules and retake our democracy and it is only by showing that the many are willing to stand up to the money that we have the power in numbers to get the care and respect everyone of us deserves.

Hoosier Action first came to our attention in 2017 when the group became involved with opposing Jeff Gahan’s public housing putsch, and helping to organize We Are New Albany as a counterweight to the mayor’s avarice-fueled imperialism.

Hoosier Action is a new project focused on building the political power of working families and individuals in the state of Indiana. Hoosier Action emphasizes robust community organizing, where campaigns are built around economic and social issues that impact people and communities across the region. Hoosier Action will work to increase voter participation, lift people out of poverty, and build a new political voice for the residents of Indiana who have been left on the margins.

Click here to view a few relevant posts from the period. Here’s one of them.

THIS JUST IN: ‘We Are New Albany,’ a campaign to save the homes of more than 1,700 New Albany residents from planned demolition, will publicly launch on Thursday at 4:00 p.m. at the City-County Building.

I may be inferring a bit much, but it seems I recall reading that Hoosier Action’s founder Kate Hess Pace, a native New Albanian, had moved back to town. The organization now has an office at 1015 E. Main, so perhaps I remember correctly.

So, we have not one or two, but three Black Lives Matters (peaceful) protests occurring somewhat within the same window on Saturday.

And one of them involves Hoosier Action, the mere mention of which is guaranteed to induce bunker-down heartburn for Dear Leader.

Taking it a step further, remember always that Louisville’s Mayor Greg Fischer is New Albany Mayor Jeff Gahan’s turgid political idol. Fischer has acquitted himself HORRIBLY throughout the recent Black Lives Matter days. Will his eager apprentice do the same?

With three separate events planned for Saturday, will Gahan remain in the down-low bunker, playing whist with Squire Adam and Warren Naps?

Or, if the getting’s good, will he appear with an envelope-armed retinue of HWC Engineering donors and take full credit for the peaceful gatherings?

Well, it’s Hoosier Action, and Team Gahan has a very long memory. I predict Gahan will emerge from his lair wearing a mask suitable for the occasion. 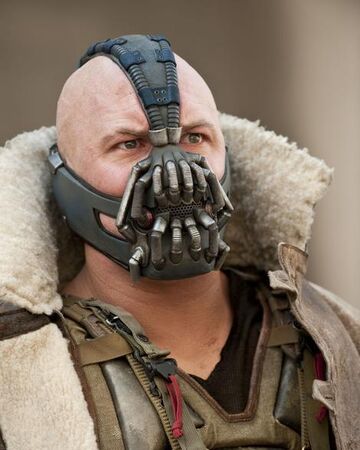