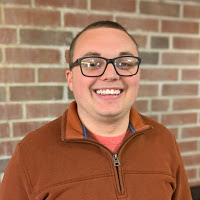 I first met Nick Vaughn in 2015 when he was younger than he is now (oddly, I haven’t aged) and was running for city council in the Republican primary. Nick lost a very close race, then graduated from high school, began his studies at Hanover College, breezed through university in what seemed like a few months, and ran for office again, this time for a county council seat. Unfortunately Nick lost another  tighterthanthis primary contest, but he’s plowing forward with plans for the resurrection of The Aggregate (stay tuned) … and found time to submit this guest column.

A Historian’s Perspective on Confederate Statues

I do not like to tout my credentials because I was taught to always be humble, however I feel it is necessary to explain my educational background for clarification. Firstly, on May 1st I graduated from Hanover College with a Bachelor of Arts in History. I did not have an official focus and I took classes on many topics including The Reformation, American Revolution and early republic, and a class specifically dedicated to Abraham Lincoln’s life, legacy, and how he has been portrayed by historians and popular media throughout the years. Additionally, I wrote my required Senior Thesis on Abraham Lincoln’s sole term in Congress.

While I tried to keep a diverse schedule of classes, I always gravitated towards the classes covering the time period from 1815 to the end of Reconstruction. Of course, the Civil War lay in-between the start and end date of the period of American History I find most interesting.

Before truly diving into the subject at hand, I also want to highlight my experience as a Republican college student. Many faux-conservative, incendiary personalities would have you think that Republicans are under constant chastisement, harassment, and belittlement on a college campus. Some also would have you believe that college campuses are hollowed liberal grounds where only the Democrats, Socialists, and Communists are able to freely share thoughts and ideas.

Friends, while I cannot speak for all college campuses, this was not my experience at Hanover College. You know those faux-conservatives I mentioned? I’m sure they have a rough time at colleges like Hanover. In fact, I know some who did. This is not because of their ideology, instead it is because of their inability to craft a coherent, fact-based argument. Additionally, some were poor students. I have had plenty of disagreements with professors who hold different political beliefs than I do, however I was never punished, chastised, harassed, or belittled for being a Republican. At Hanover, you don’t survive based on your ideology, but instead on the laurels and merits of your argument.

To suggest Hanover College is a very liberal school in an attempt to discredit what we have learned and the hard work it took is dishonest and extremely disrespectful to the thousands of people who have graduated from the college.

As someone who loves history and possesses a degree in the subject, the past couple of weeks with protests across the country advocating for police reform seemed like an unlikely place I would find myself. Of course, many are pointing out the shades of similarities this year has had to the 1920s due to a pandemic, or the year 1968 due to heightened racial tensions brought on by long standing and systemic injustices.

Recently, scars from the American Civil War have begun to be reopened as protesters advocating for racial equality have (rightly) begun advocating for the removal of Confederate statues and symbols from publicly owned land. As someone who has studied the Civil War, the Union, the Confederacy, and the historiography, this seems appropriate to me. Why do we have statues and symbols dedicated to traitors who attempted to break the Union because they wanted to enslave people?

To my initial surprise, many do not agree with this sentiment. However, after remembering back to my “Readings on the American Civil War” class, a class dedicated to the study of Civil War Historiography (what historians and scholars have written about the Civil War), I recall a couple weeks where we discussed Southern Revisionism and the Lost Cause ideology.

As someone who has read Jefferson Davis’ The Rise and Fall of the Confederate Government, which, like nearly all former Confederate traitors, attempted to rationalize the reason for the South’s attempted secession as being due to states’ rights (and as being honorable), I can tell you this distorted reality is very far from the truth.

So why do people think that tearing down Confederate statues and symbols is “tearing down history?” Well, I suppose those monuments dedicated to traitors are historical in the sense that they represent a historical event, although from a perverted point of view. The argument, to me, is not whether they are historical or not, it is why do statues of traitors exist in the first place and why are people so irrationally attached to them?

There are three points I want to make in attempting to answer those questions: first, Southern Revisionism, the coming of the Second Ku Klux Klan, and groups such as the United Daughters of the Confederacy have spread lies so successfully about the American Civil War, that many schools across America still incorrectly teach the subject. Second, history is much more complicated and nuanced than Twitter or Facebook allow historical events to be conveyed. Third, racial undertones have turned into overtones regarding the subject as the removal of statues have been used as rallying points for the alt-right, neo-Nazis, and other traitorous and dangerous organizations.

In regards to Southern Revisionism as it relates to the KKK an infamous black and white film by D.W. Griffith (a Southern Revisionist who made propaganda films in support of the Lost Cause, white supremacy, and the KKK), The Birth of a Nation highlights the disgusting and disingenuous imagery and language used by Southern Revisionists. David W. Blights points out in his book Race and Reunion: The Civil War in American Memory that “Dixon’s [Dixon wrote the book Griffith’s film was based on] vicious version of the idea that blacks had caused the Civil War by their very presence, and that Northern radicalism during Reconstruction failed to understand that freedom had ushered blacks as a race into barbarism, neatly framed the story of the rise of heroic vigilantism in the South. Reluctantly, Klansmen—white men—had to take the law into their own hands in order to save Southern white womanhood from the sexual brutality of black men. Dixon’s vision captured the attitude of thousands and forged in story form a collective memory of how the war may have been lost but Reconstruction was won—by the South and a reconciled nation. Riding as masked cavalry, the Klan stopped corrupt government, prevented the anarchy of ‘Negro rule’ and most of all, saved white supremacy.”

Today, you see similar disingenuous remarks made on Twitter regarding the cause of the Civil War. One tweet that made my blood boil is shown here.

The main goal of the war, in Lincoln’s mind, was certainly the preservation of the Union, however it should be noted that Lincoln was opposed to slavery ever since he saw the boats carrying slaves on the Ohio River between Indiana and Kentucky. During his time in Congress, he introduced a resolution to end the practice in Washington D.C. The issue of slavery and Lincoln is, as I stated earlier, much too complex for a Twitter or Facebook post. Hell, it’s even too complex for this article. If you’d like to learn more about Lincoln and the issue of slavery, I recommend starting by reading my thesis (linked above) and then using the bibliography to find further reading. Additionally, the movie Lincoln is a good starting point as well.

In the AP’s article on the disparity between where someone lives and how the Civil War is taught, they point out that “Confederate sympathizers have long promoted the “Lost Cause” theory that the Southern side was heroic against impossible odds, and that slavery was not the driving force behind the war. Edward Countryman, a history professor at Southern Methodist University in Dallas, said he learned that idea growing up in New York State in the 1950s.”

I want to especially point your attention to the “growing up … in the 1950s” part of that quote. I would be being dishonest if I did not point out the obvious generational differences in the understanding of the Civil War. Not to be overly general, but the vast majority of people I know who post on Facebook about Lost Cause ideology and are opposed to the removal of Confederate statues and symbols are of a certain, older age group typically labeled “Baby Boomers.” This is because during the 50s and 60s, in response to the Civil Rights Movement, the Lost Cause ideology saw a resurgence and began to be taught in white schools again (or even more vigorously if not previously ended).

To be fair, both people vastly older and vastly younger have fallen victim to the Lost Cause myth, and it makes sense that more people will as Facebook and Twitter refuse to label falsehoods as such.

If there is anything you should take away from this article, I hope it is this: if you think that tearing down Confederate statues and symbols, memorials to traitors who enslaved people, is tearing down history, you might want to turn off the phone and computer, and pick up a book written by a reputable historian, take a trip to a museum, watch the movie Lincoln (not Gone With the Wind), or give me a call, because I am sick and tired of the ignorance.

David W. Blight, Race and Reunion
David Donald, Lincoln
Kenneth Winkle, The Young Eagle: The Rise of Abraham Lincoln
Kenneth Stampp, The Causes of the Civil War
William Davis, Look Away
Gary Gallagher, The Myth of the Lost Cause and Civil War History