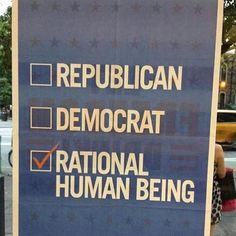 You’re entitled to your own opinion, just not your own facts.

Donald Trump rushed to reopen America – now Covid is closing in on him, by Robert Reich (The Guardian)

The surge in cases isn’t because America is doing more tests for the virus, as Trump contends. Cases are rising even where testing is declining. In Wisconsin, cases soared 28% over the past two weeks, as the number of tests decreased by 14%. Hospitals in Texas, Florida and Arizona are filling up with Covid-19 patients. Deaths are expected to resume their gruesome ascent.

It’s the very Nadir of the Know Nothings.

No, President Trump, Testing Is Not Causing Case Counts to Rise. The Virus Is Just Spreading Faster, by Charles Ornstein and Ash Ngu (ProPublica)

The Trump administration has doubled down on its claims that coronavirus case counts are up because the U.S. has increased testing. However, a closer look at graphs of testing numbers and positive cases shows that this isn’t the case for many states.

The Washington Post’s Jennifer Rubin bears scrutiny, given the bizarre inaccuracy of her analysis v.v. the recently contested Kentucky primary.

However, this home run travels about 535 feet.

This outcome is the triumph of Republicans’ tribal politics, in which identification with the cult and assault on the truth win out over common sense, science and even self-preservation. To be a Republican — at least in the eyes of millions of them — means to adopt illogical, anti-factual beliefs and oppositional conduct. You cannot take seriously the threats of climate change or the novel coronavirus because … well, because that is not what Republicans do, and to do otherwise would be to concede that the dreaded radical left and elites (presumably one can be both) are right. At the extremes, Republicans will engage in objectively destructive conduct to prove their point — hoarding hydroxychloroquine even if the Food and Drug Administration says the drug is ineffective or dangerous, and, of course, going without masks.