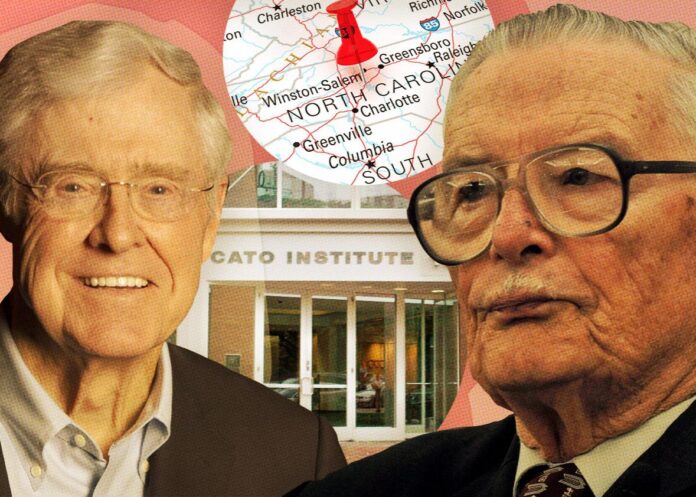 Meet the man credited with public choice theory — which means being given little real choice when it comes to oligarchs keeping you down for their further enrichment.

James McGill Buchanan is a name you will rarely hear unless you’ve taken several classes in economics. And if the Tennessee-born Nobel laureate were alive today, it would suit him just fine that most well-informed journalists, liberal politicians, and even many economics students have little understanding of his work.

The reason? Duke historian Nancy MacLean contends that his philosophy is so stark that even young libertarian acolytes are only introduced to it after they have accepted the relatively sunny perspective of Ayn Rand. (Yes, you read that correctly). If Americans really knew what Buchanan thought and promoted, and how destructively his vision is manifesting under their noses, it would dawn on them how close the country is to a transformation most would not even want to imagine, much less accept.

That is a dangerous blind spot, MacLean argues in a meticulously researched book, Democracy in Chains, a finalist for the National Book Award in Nonfiction. While Americans grapple with Donald Trump’s chaotic presidency, we may be missing the key to changes that are taking place far beyond the level of mere politics. Once these changes are locked into place, there may be no going back …