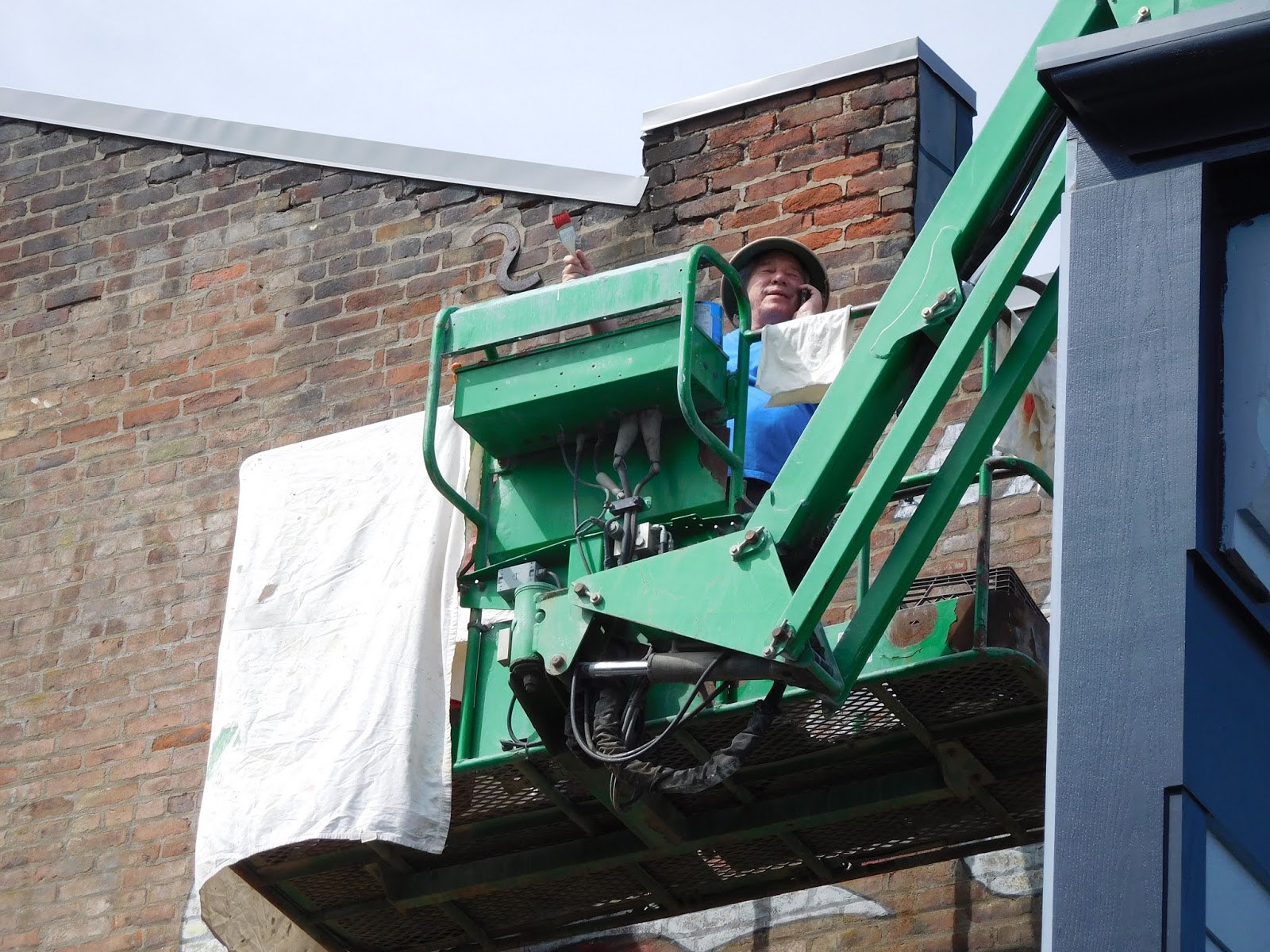 David Thrasher has been engaged by the city (UEA?) to restore the Coca-Cola “ghost sign” on the east-facing brick wall of the building currently occupied by The Root, above the roof line of Pints&union. 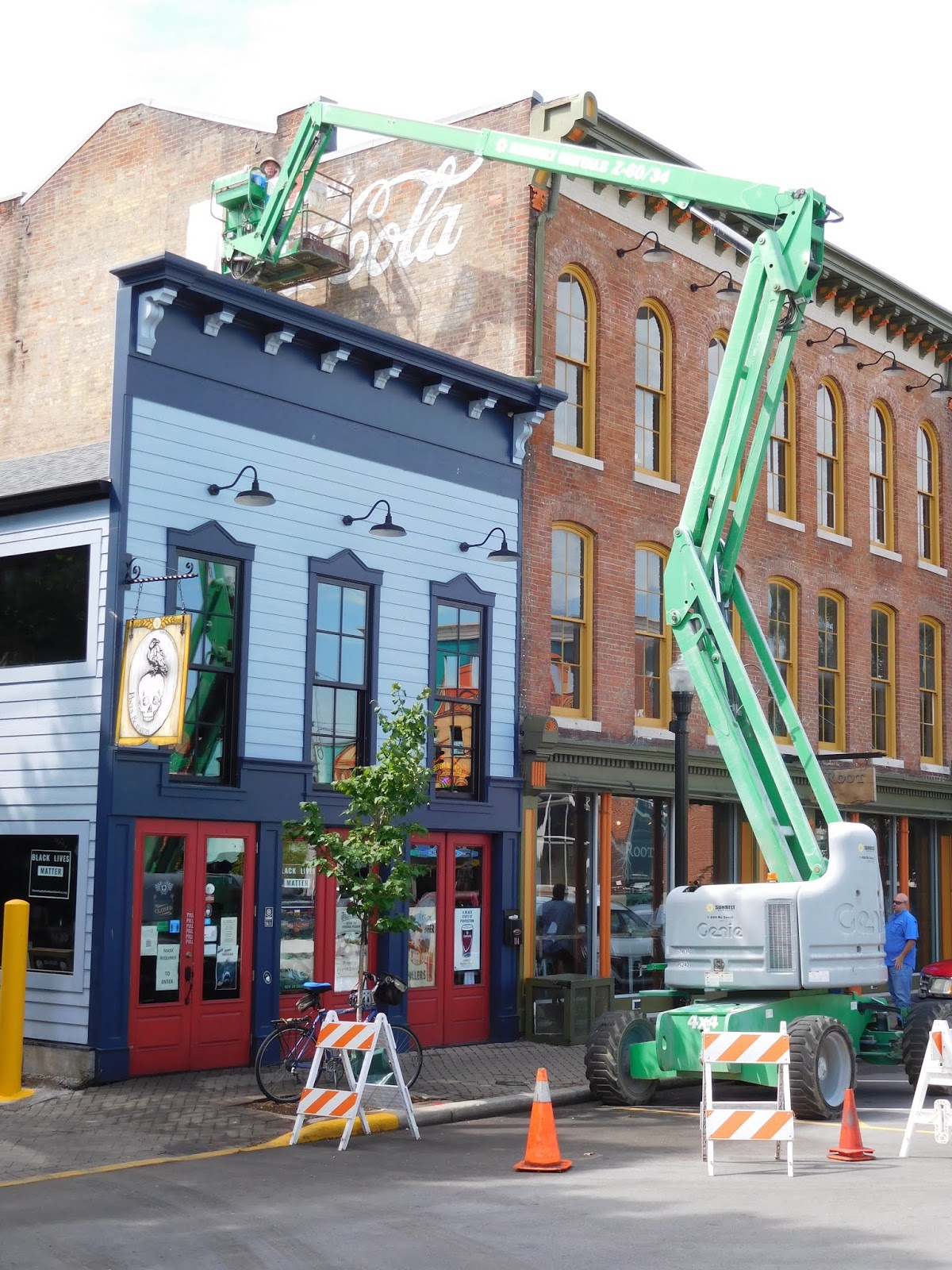 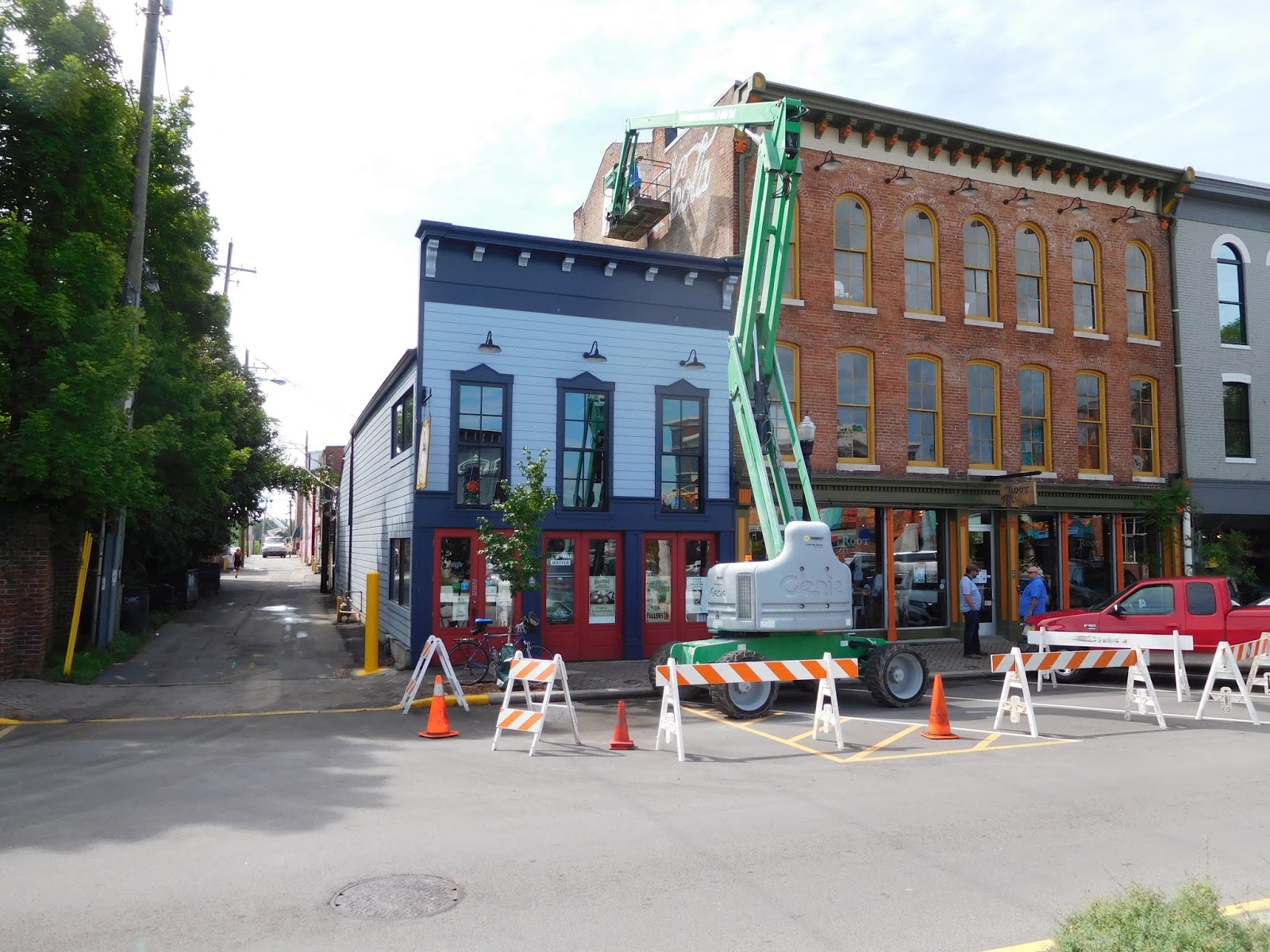 For the next two photos, one from New Albany and the second from Los Angeles, file under: symmetry. 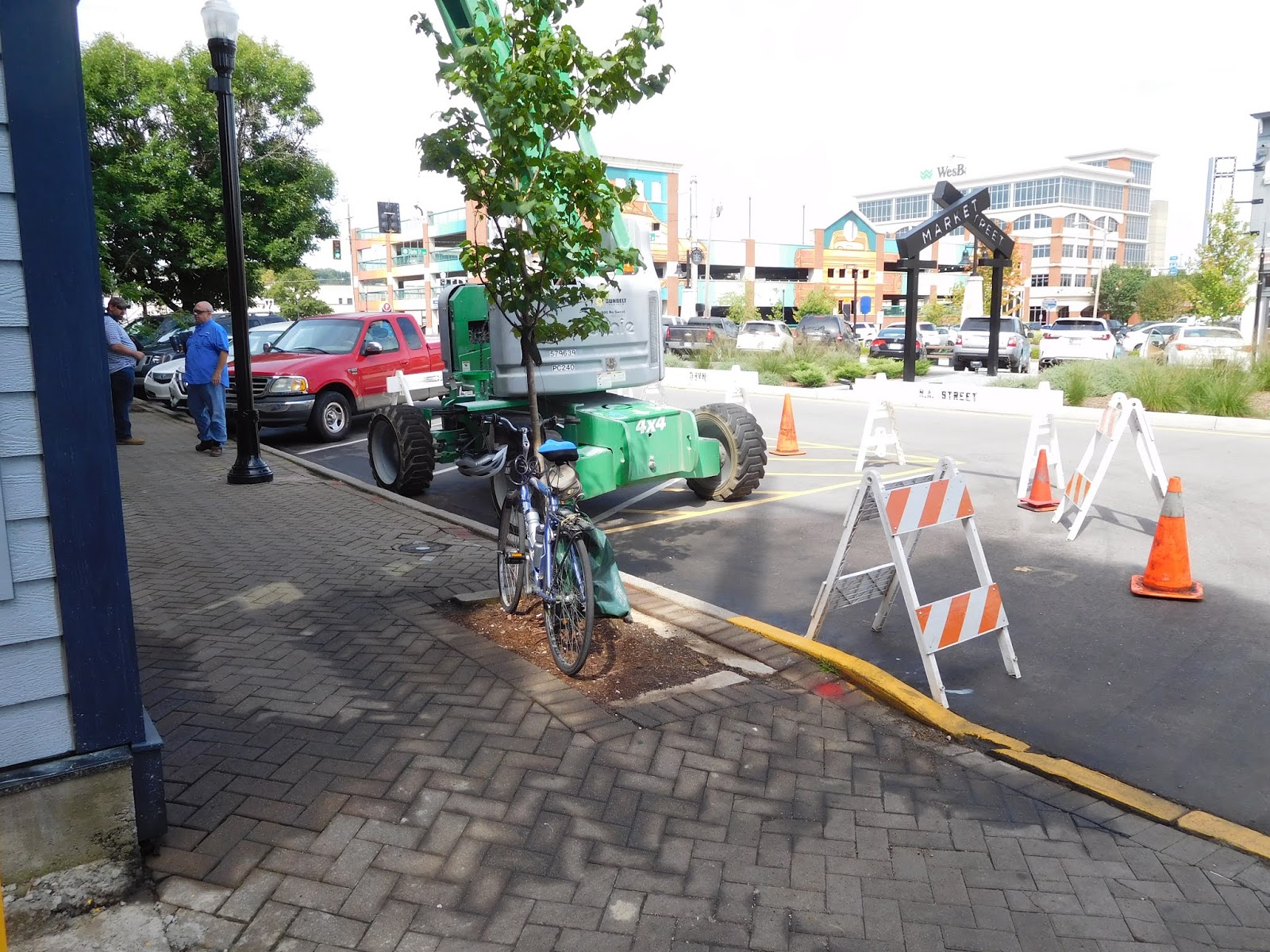 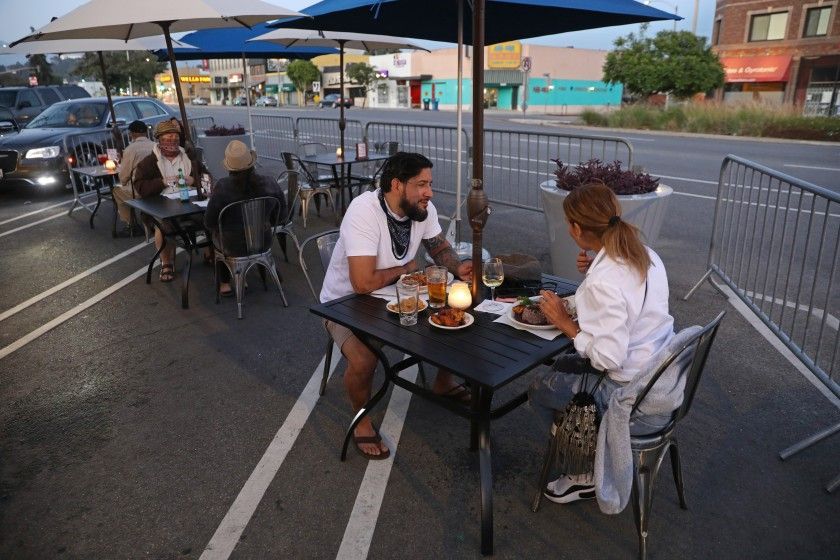 It’s a tale of three parking spaces. If they can be used for one thing, then … well, you know.

As for dining in the street (well, amid the disposable parking spaces) as a pandemic-evasion tactic?

It’s happening throughout America and the remainder of the planet, and you can read more here.

The caption of the photo from the Los Angeles Times reads, “Brandon and Rose Astudillo of Glendale eat dinner at Baracoa Cuban Cafe in Atwater Village in a new outdoor seating area that occupies three parking spaces.”

I can’t make the subtle hint any broader, can I?