I’m being petulant because the pandemic postponed Poperinge’s triennial Beer and Hop Festival, and so this week I’ll be flooding the blog pages with reruns of past visits. Here’s a throwback to 2014.

Remember the rainbow? By Saturday morning, Poperinge was clear and temperate, and the tasting stations were operating on the Grote Markt. Those wishing to sample would buy a small glass (to keep or bring back for a refund) and tokens, then redeem the tokens for beer and food portions. Only those beers certified as using Belgian-grown hops were on the list. Local chefs conjured interesting dishes, including a Waterzooi soup using stock made with dry-hopped Poperings Hommelbier. 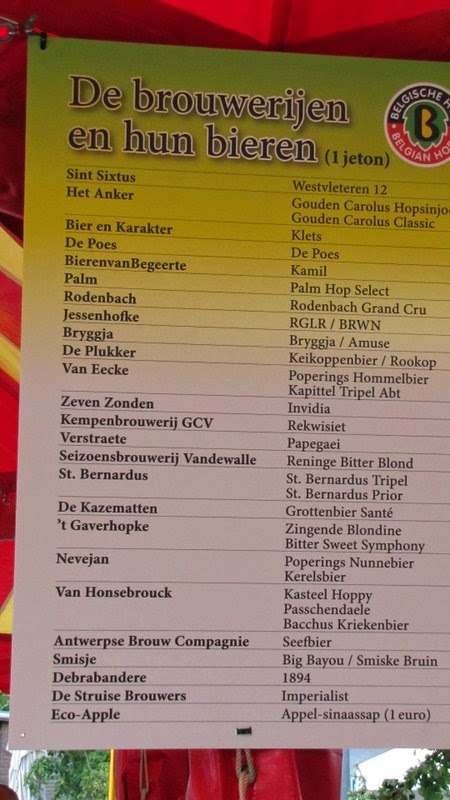 Before the merriment could start in earnest, there was a cash flow issue to be resolved. 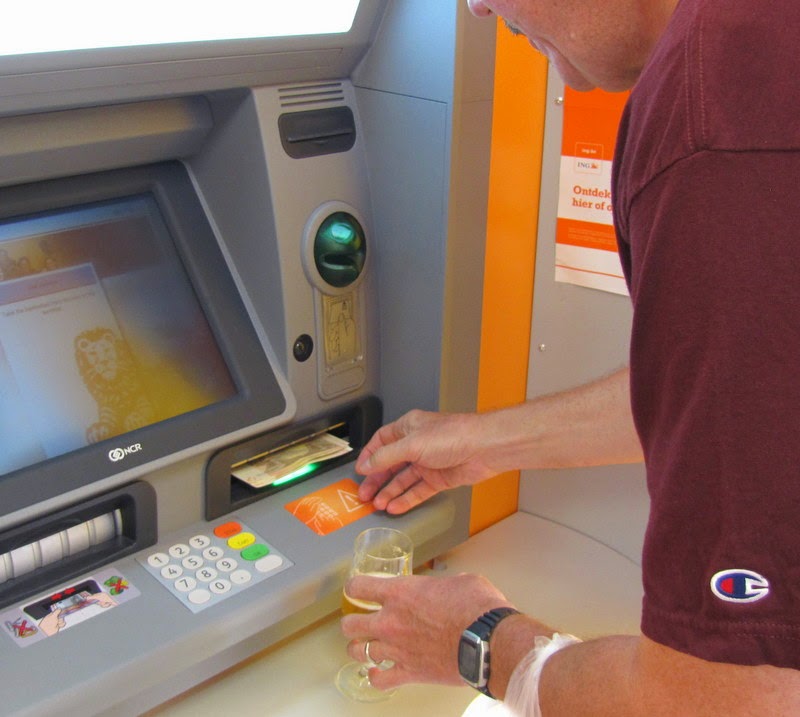 In the afternoon, something new for me: A marching band “tattoo.” 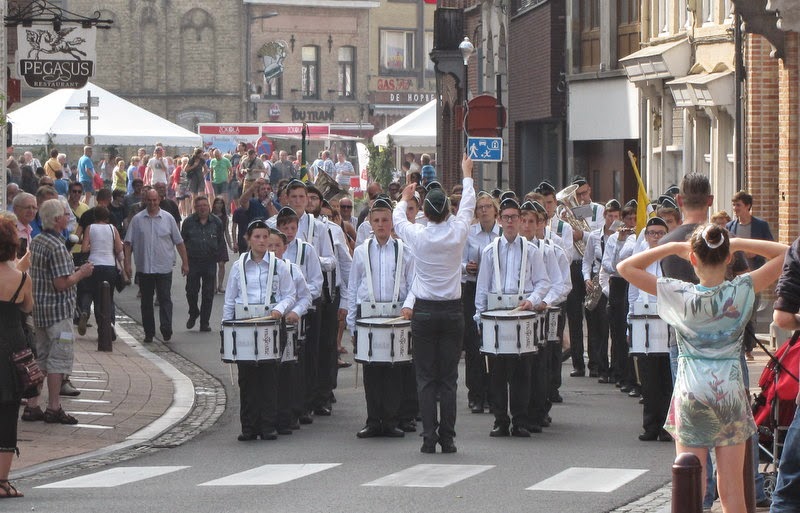 For those doubting its place as part of a hops festival, consider the definition:

The word “Tattoo,” is derived from “Doe den tap toe”, or just “tap toe” (“toe” is pronounced “too”), the Dutch for “Last orders”. Translated literally, it means: “close the (beer) tap”. The term “Tap-toe” was first encountered by the British Army when stationed in Flanders during the War of the Austrian Succession.

The beer taps were not closed prior to the tattoo’s commencement. Somewhere behind the throng is a beer trailer. 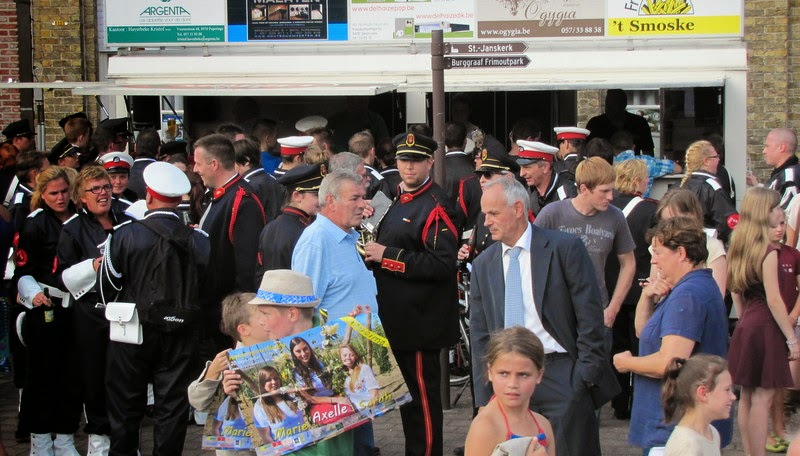 Four marching bands participated, and the tattoo was far more enjoyable than I’d have imagined. 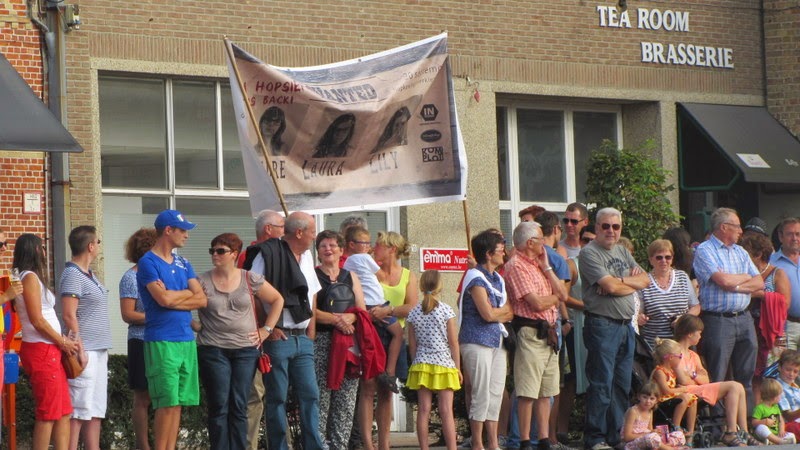 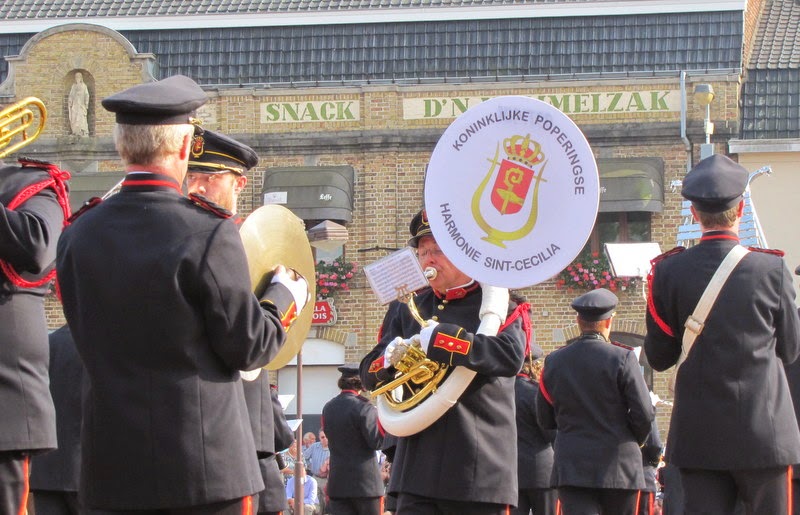 Saturday was slated as the occasion for our blow-out meal, and as usual, Café de la Paix was chosen as the venue. You can read a full description of my religious experience here.