I’m moody this week because the pandemic postponed Poperinge’s Beer and Hop Festival, and so this week I’ll be flooding the blog pages with reruns of past visits. As I’ve been saying for roughly 23 years, Poperinge is a great base of operations to explore numerous places of interest nearby, most of them accessible by bicycle.

When the Great War began in 1914, Lijssenthoek was a small village near Poperinge, perched on the rail line to France.

Amid the stupendous carnage of the battles around Ieper (Ypres), which were renewed in various incarnations for four years, Lijssenthoek quickly became a place of great importance.

The rail line was the single most important Allied supply route, and a farm at Lijssenthoek was available for use as a field hospital and evacuation point. Most of the war, this vicinity was out of German artillery range.

For four years, trains arrived from France filled with healthy soldiers and supplies, and returned with wounded, but of course not all of the wounded survived, hence the military cemetery. Needless to say, it filled quickly. Today it is the second-largest Commonwealth cemetery in Belgium.

While most of the burials are British, Canadian and Australians, along with other troops from the British colonies, some Frenchmen and a handful of German troops also are buried at Lijssenthoek, as well as Chinese laborers. There is one American grave.

On Monday, Luc drove me to the cemetery. The village no longer exists, apart from a former pub building where the Englishman working as cemetery caretaker lived for many years.

At some point in the past the railroad tracks were torn out, and the N38 roadway built along the right-of-way. Because the N38 is the most direct route from Poperinge to France, it’s the path we chose to bike in the direction of Cassel during those first two beercycling trips in 2000 and 2001.

However, we never stopped for a sag at the cemetery. Dozens of burial grounds dot the landscape around Ieper, and perhaps at some point a visitor no longer notices they’re there.

If you ever go to Ieper and environs, take the time to stop and look at the graves. World War I knocked civilization off kilter. I’m not sure we’ve regained our balance, 100 years later. 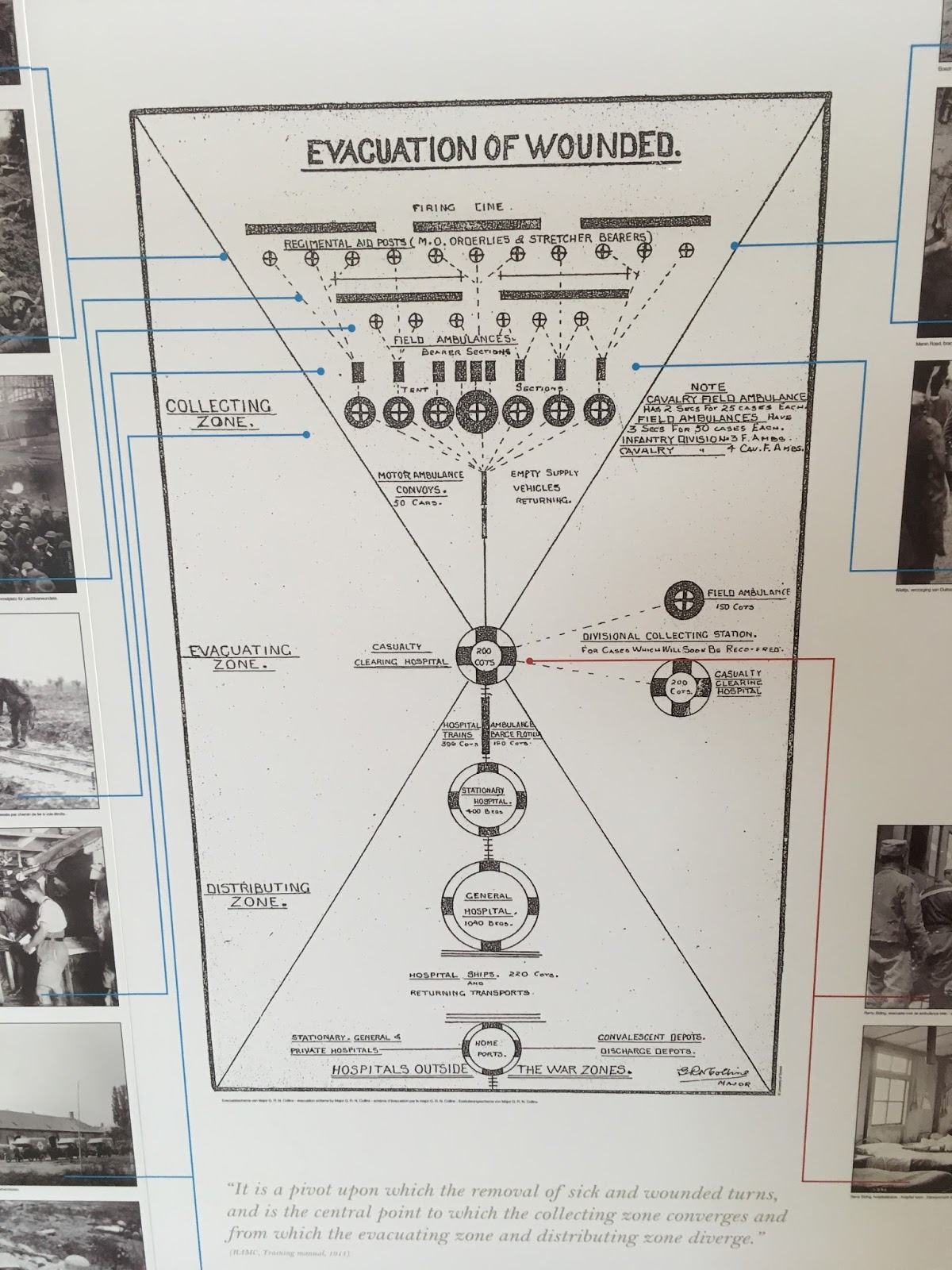 This chart marks the daily number of burials in the cemetery. The highest points depicted here occurred almost exactly one hundred years ago at the time of my visit as a result of the Battle of Menin Road Ridge, itself one phase of the idiocy known to us as Passchendaele.

It was a battle that lasted three and a half months, achieved almost nothing, and resulted in 275,000 casualties under British command and 220,000 Germans. 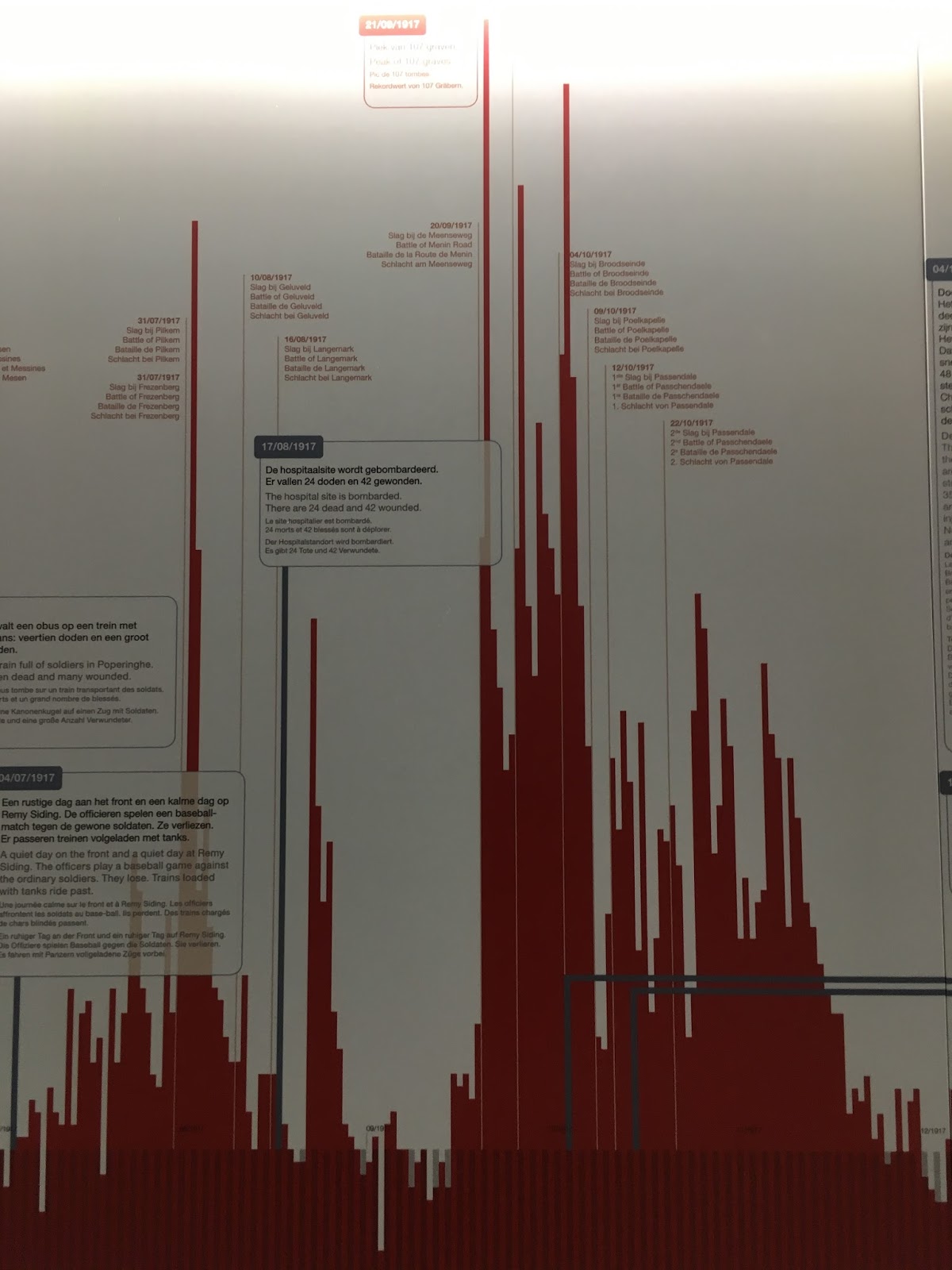 Each day, the video screen in the comprehensive visitor’s center focuses on one interment. 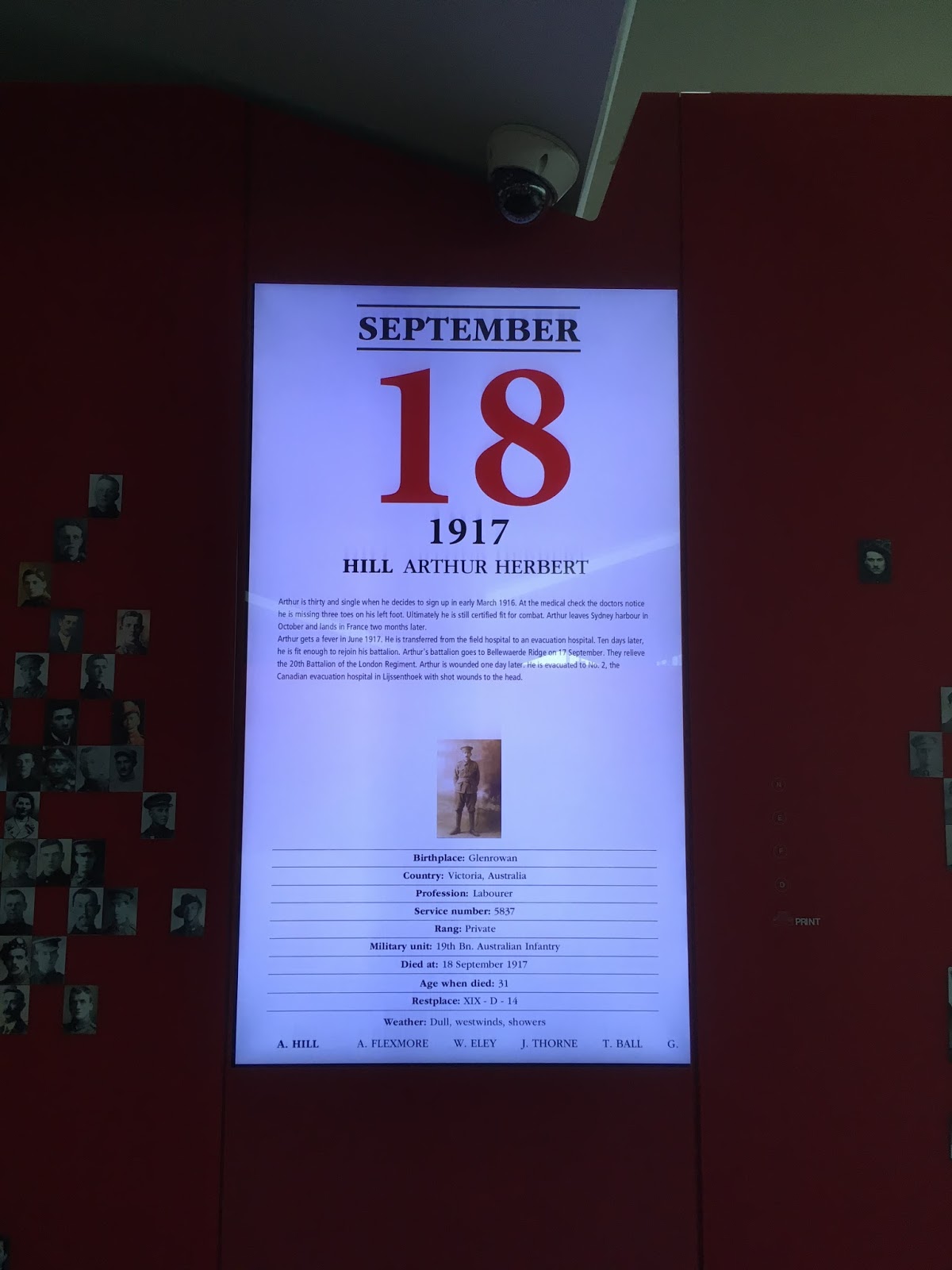 These are the faces of some of the 10,784 men (and one woman, a nurse named Nellie Spindler) buried at Lijssenthoek. Only 35 are unnamed. This is because if a soldier could be brought to the rear for medical attention, there was a much better chance of identification. Conversely, such was the horror of the Passchendaele battles that 90,000 bodies could not be identified, and 42,000 were never recovered.

The fence by the road outside is another artistic representation of the volume of burials. 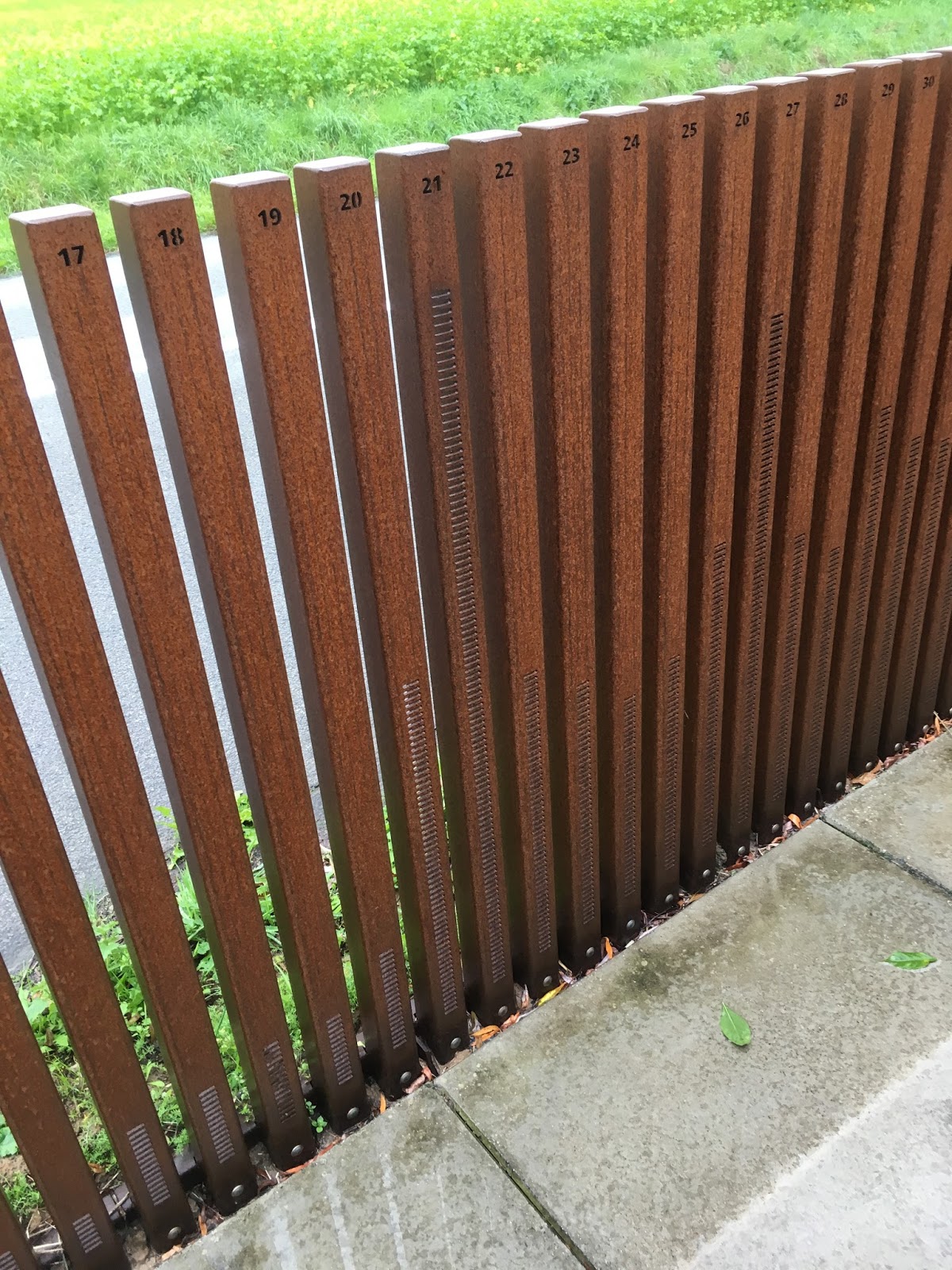 Luc showed me the numeric mapping system enabling individual graves to be located easily. It’s still in a book, not an app. 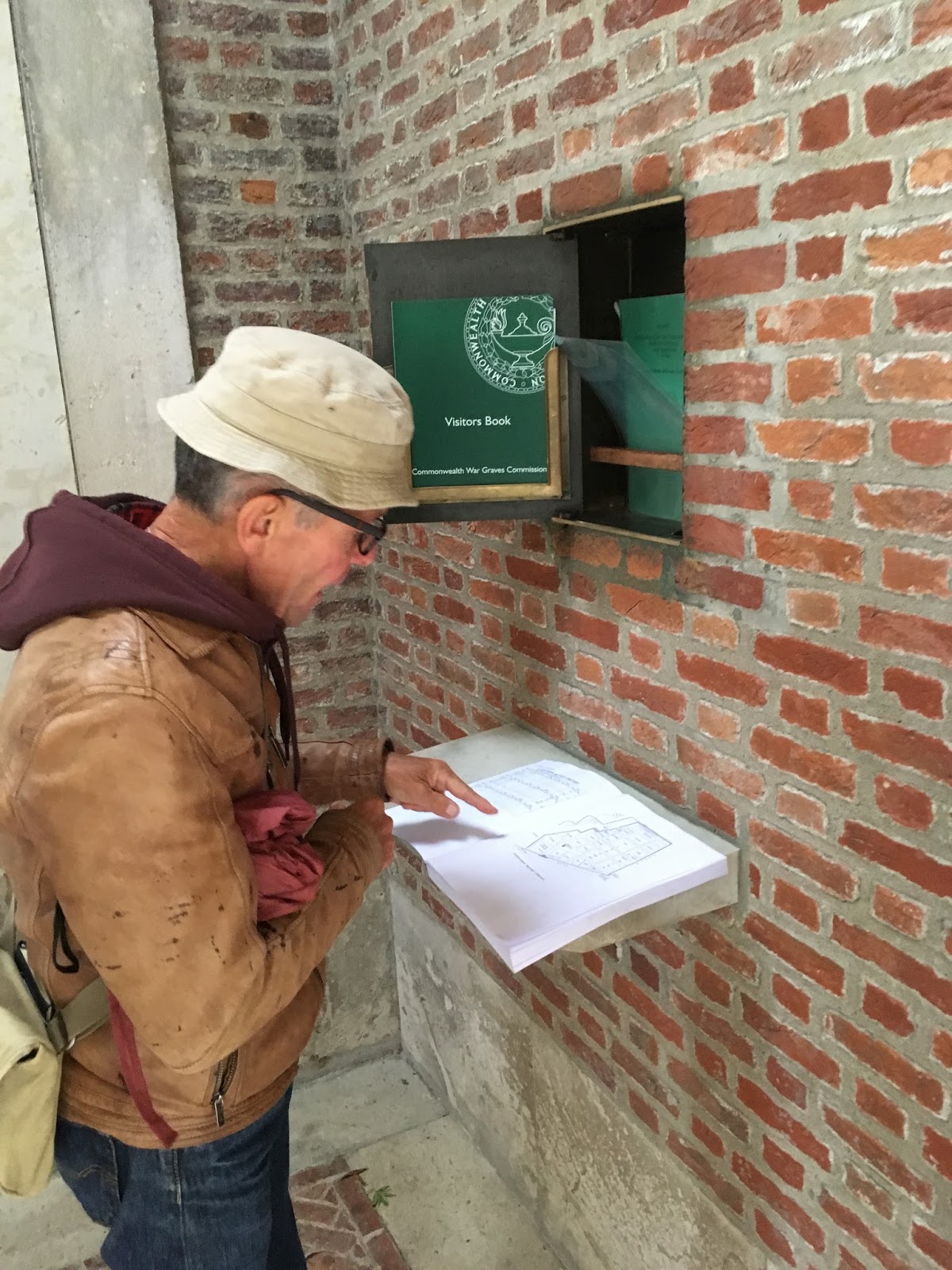 Gaps in the headstones usually indicate a burial moved to a different cemetery after war’s end. 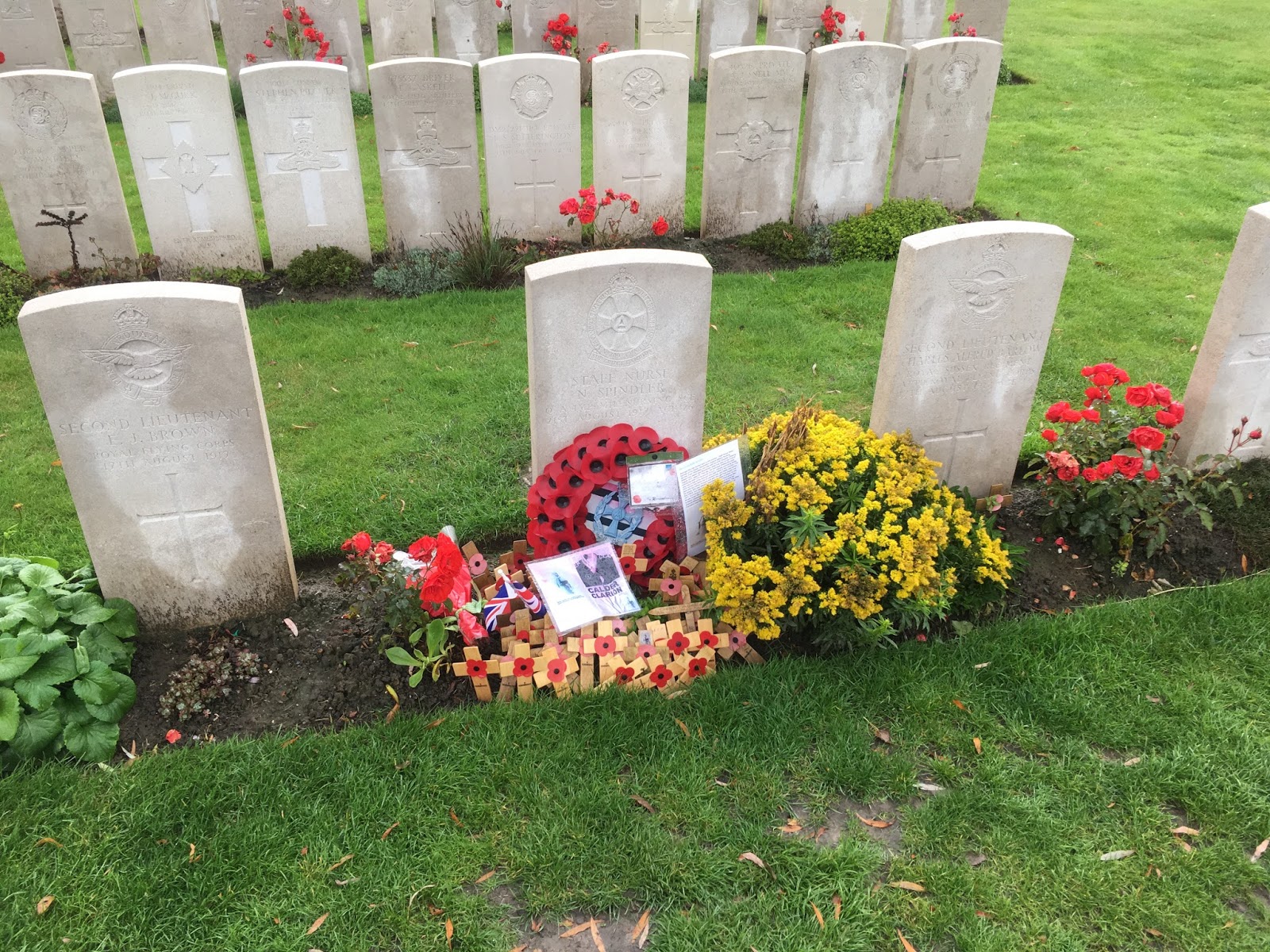 I was unaware of the reason for stones being placed atop the graves of Jewish soldiers.

All the explanations have one thing in common — the sense of solidity that stones give. Flowers are a good metaphor for life. Life withers; it fades like a flower. As Isaiah says, “All flesh is grass, and all its beauty like the flower of the field; grass withers and flowers fade” (Isaiah 40:6-7). For that reason, flowers are an apt symbol of passing.

But the memory is supposed to be lasting. While flowers may be a good metaphor for the brevity of life, stones seem better suited to the permanence of memory. Stones do not die.

Ironically, this is the (larger) Stone of Remembrance. 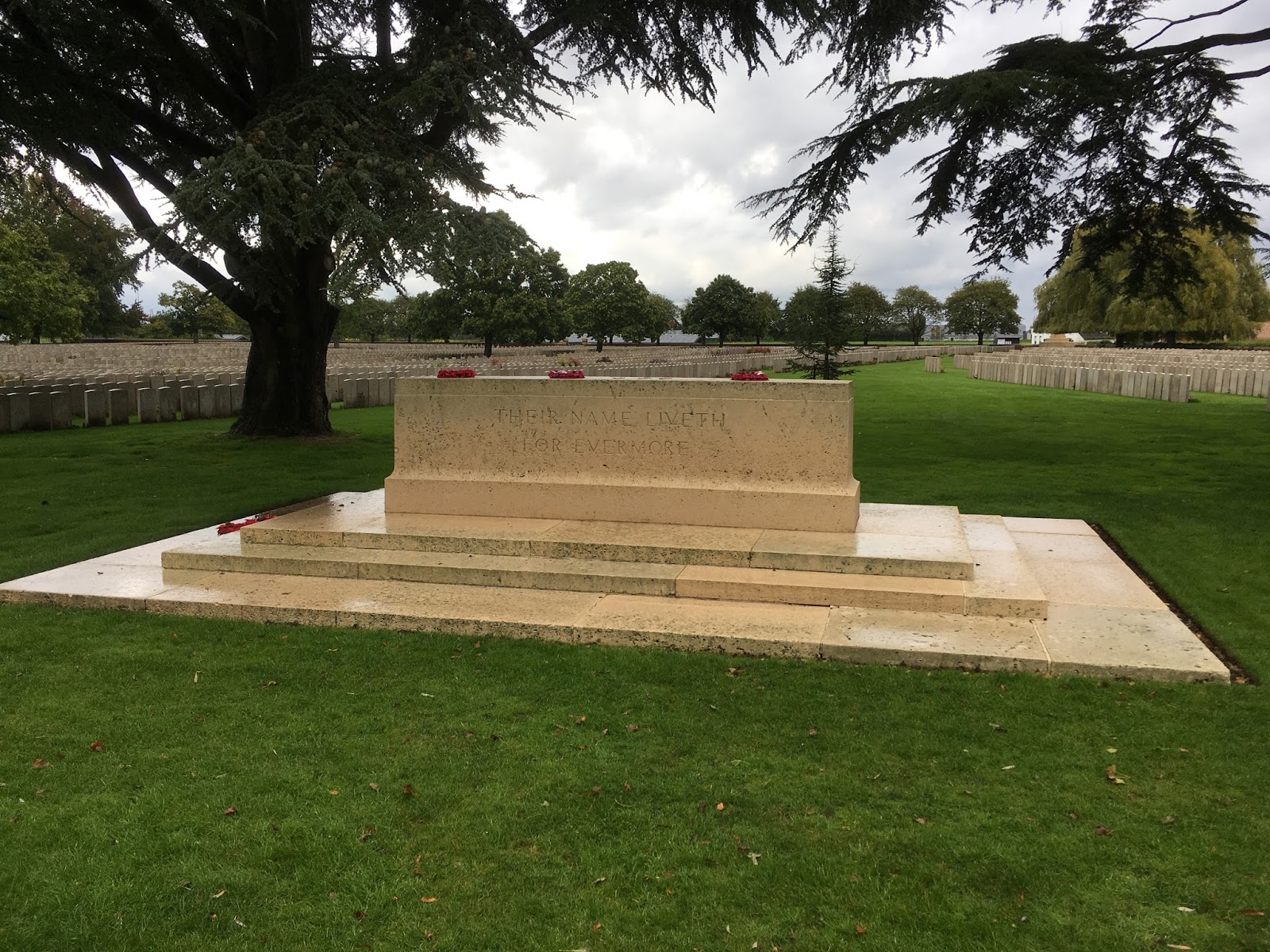 Members of the Chinese Labour Corps.

As for the remainder of the day on Monday, almost every eatery and watering hole in Poperinge was closed, although the shops were open. Diana and I went to the grocery and purchased sandwiches and salads for a day’s meals in the apartment.

It was cool and rainy, and the city’s workers gradually disassembled the festival infrastructure. The two of us read and rested.

At times, it’s what you have to do.